While the iPad is brilliant for games, watching movies and offers passable web-browsing and e-reader experiences, I always thought that one of its cooler applications was as a digital canvas. Apps like ArtRage that replicated the entire experience — from the canvas to tubes of paint and the brush — were fascinating and an early showcase for the platform’s capabilities. My kids (and in particular my daughter, who has an artistic bent) were taken by this capability as well and I can’t stress how nice it is as a parent to get such a close approximation to the water-color painting capability quickly, without the production and mess that usually results with the real thing. Along with ability to quickly e-mail results. The one thing that threw a bit of water on this experience was the idea of using your finger to represent the paint brush. Once you got past the wow factor of lifelike brush strokes and the ultra-realistic effects of blending different kinds of paint, the finger kind of killed the illusion. A stylus was better, but still not perfect. The demand was obviously there, because when the Sensu Artist Brush for iPad was unveiled on KickStarter, it quickly surpassed its production funding goal.

I had the opportunity to play around with one of these thanks to JetPens.com, a company that carries a wide range of interesting and unusual pens, pencils, stationary and other high quality writing gear. They’re now stocking the Sensu Portable Artist Brush & Stylus for Touchscreen Devices.

At first glance, the Sensu Artist Brush is a very compact object, slim and measuring just 4.5 inches in length. It’s lightweight and made of chrome-plated brass. At one end is a black rubber stylus tip, the kind that’s useful for navigation on a capacitive screen smartphone or tablet when you don’t feel like using a finger, or when you’re digitally scribbling. It works perfectly fine. Close-up of the Sensu Portable Artist Brush being used with an iPad. Image copyright Sensu.

The real magic is when you pull the cap off, revealing the brush hidden within. The cap attaches snugly on the end (covering the stylus tip), leaving you with a paintbrush that’s just over 7 inches in length, with a nice silicone grip. It looks and feels like a traditional artist’s paint brush, but — unlike the real thing — this one uses conductive, synthetic hair that makes it perfect for use on touchscreen devices. I used it with ArtRage on an iPad (don’t worry, it will work on touchscreen Android devices as well) and the Sensu Artist Brush is the missing piece that makes the experience. Finger painting is one thing, and using your imagination with a stylus is another, but there’s a real visceral appeal to wielding an actual brush when painting with a digital brush onscreen. Even better, there is no artificial-feeling drag that would make it feel as though you are dragging rubber across the display and with the ArtRage/iPad combo I tested on; the software was completely responsive to the brush. GadgetLab named the Sensu Artist Brush as one of its Nine Items That’ll Take You to Tomorrow last year, and I can confirm that it does live up to the hype. At $39.99, you pay only a modest premium compared to a standard stylus.

The only thing that would give me pause about giving something like this to a child is the delicacy of the brush hairs. Jamming down on it during use will splay them and putting the protective cap on requires some care, otherwise the delicate hairs could be bent backward and require removal. If they’re old enough to understand that care is needed (or you supervise them), the brush may well help their digital masterpieces to the next level — or at least make it even more fun. 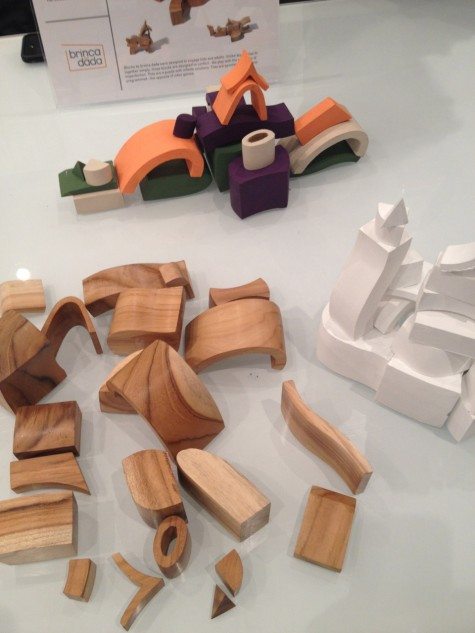 The Single Question That Turns ‘Star Wars’ Into a Horror Show