We sure hope you’re enjoying our series of Dragon*Con Diary posts from our amazing Labor Day weekend in Atlanta!

As I’d mentioned in an earlier Dragon*Con Diary post, my family felt the most at-home at the Space and Science Tracks throughout our Dragon*Con weekend.

While others had chances to meet such sci-fi stars as John Barrowman, and attend panels with the cast of True Blood, my family was not going to be as patient with those incredibly long lines and levels of uber-fandom that we don’t quite have.**

**I was reprimanded by a Harry Potter fan for accidentally mixing up a dementor and a Death-Eater while in a discussion of the Boggart-Banishing Spell. I know the difference between the two and my choice of words was purely accidental, but to see this gentleman’s face twist up and his words “Please get your story straight!” was still very humiliating. But I digress…

The Science and Space Tracks were perfect for us! Here are summaries of my two favorite panels from those tracks.

In the Science Fan track, guests from NASA, DARPA, the Rocket City Rednecks, the hacker world, Johns Hopkins Medical Center, and numerous other agencies came together to speak on an incredible variety of current-news and pop-culture science topics. I had marked over ten panels that interested me, but my family only made it to one of them in this particular track: Communications in a Post-Apocalyptic World.

As you can imagine, that name will bring out all sorts of interested parties. Numerous fans dressed in their post-nuclear war costumes were in attendance, and I think some were disappointed when they learned that this particular panel was a discussion about learning to become a Ham Radio operator.

For my family, this panel was great! My husband and I both have had training in HF and SSB communication; we used those forms of communications in austere conditions when we were assigned to forecast weather with the U.S. Army. While in practice we often had more robust methods, we needed to understand the more fundamental radio operations in case we lost all other means.

This panel was a full room, and many guests were excited to learn about how many celebrities have ham radio handles.

The speakers, from the Atlanta Radio Club, presented some real-world scenarios with how they were able to help out emergency responders during Hurricane Katrina in 2005 and Hurricane Irene in 2011.  Both of these cases involved their supporting areas with widespread power outages and flooding, scenarios that could closely resemble a post-apocalyptic world.

Coming out of that panel, my husband and I both want to pursue our ham radio licenses. It’s now easier than ever, with the licensing process very inexpensive, and obtaining a simple handheld radio is less than a $100 investment.

The Evolution of a Space Station panel was so insightful. The panel was run simultaneously with Chicago WorldCon. It featured three guests, each of whom were involved with one of the international community’s three major Space Station projects. There were discussions about Skylab, Mir and the International Space Station.

Sy Liebergot, who talked to us from Chicago, was a NASA flight controller and EECOM with the Apollo and Skylab programs. (Fun fact: he was portrayed in the film Apollo 13 by Clint Howard.) He provided some history of the Skylab program. It was originally designed as a transportation hub, a location where spacecraft headed to other planets could be assembled to the size necessary and launched more easily than from earth.

Mr. Liebergot’s opinions on NASA’s entire space station endeavor were incredibly cynical. You could really get a sense of the bitterness he feels about the current state of the NASA programs.

Richard Garriott is what he considers a “private astronaut”, although he was called a “space tourist” at one point during the panel.  I don’t think he liked that latter moniker. Mr. Garriott in this panel was only known to many as a private astronaut, although a simple Wikipedia search revealed he made his fortune in the video game industry and was the person who originally coined the term MMORPG in the late 1990s.

Mr. Garriott addressed his father’s experiences on Skylab in the early 1970s. His anecdotes were fun to listen to. He told about the “squawk boxes” that were wired to his house while his father was on the Skylab. His family could hear every problem that was occurring on board. They could also hear mission control working with the astronauts to solve the problems. He pointed out that back then how there were so many problems occurring that the media didn’t know about!

He then discussed his experience training with the Russian Federal Space Agency for his 2008 Soyuz mission to the International Space Station.  His anecdotes about the Russians’ “lasting technology”, which was another way of saying that the same systems that worked for the Russians in the 1960s continue to work well today. While it may seem antiquated, he commended the Russians for not fixing something that wasn’t broken.

Mr. Garriott also discussed how “private astronaut” trends may get less expensive over time. This really caught my attention. He wasn’t shy about discussing the finances of private space travel: $30 million! But he gave us all a valuable piece of advice. Solicit the research community to take experiments up with you and help offset the cost of the travel. Mr. Garriott was able to offset his travel costs by about $5M. As other private companies such as SpaceX and Boeing active compete for space tourism business, he predicts lower costs.

Finally, Captain William Shepherd was the first-ever commander of the International Space Station once it began accepting long-duration occupants in 2000. Capt Shepherd discussed his time in the early days of the ISS, when there was only space for 2-3 astronauts at a time. He discussed “a day in the life” of an early astronaut/Cosmonaut on the ISS…but this discussion took a tangent as they began talking about the vision of the ISS in the early 2000s compared to the mission of the ISS today.

The moderator, June Scobee Rodgers, turned the panelists loose on a couple of final questions:

“What do you think is the future of the ISS?”

You could cut the cynicism with a knife!  Sy Liebergot started off by suggesting the ISS is doomed. The others contributed supporting information that seemed to cinch this contention: everything is underfunded now. During the Apollo program the space program was 4.1% of the national budget and now it’s 0.6%. With such incredible cuts to the NASA budget in recent years, even getting the experiments up to the ISS has become so costly on the current program that NASA charges the researchers not only the cost of the experiments themselves, but the universities and industries also have to pay for a proportion of the ISS day-to-day costs. This turns ISS experimentation into something nearly cost-prohibitive.

“What are your thoughts on Mars exploration?”

Again, it was a cynical response. The vehicles needed for a manned Mars mission will be huge and will require a bigger space station than the ISS to put together the spacecraft. Can we afford this?  Our panelists don’t expect we’ll see this in our lifetimes. The mission will require about 30 years to research, develop and about 3 years to accomplish. Who is willing to fund that?

During the question and answer session, one question really stood out to me. Somebody had asked about the perishability of the technology aboard all of NASA’s vehicles. The guest was taken aback by learning that the ISS had a planned life expectancy of only 15 years and asked why NASA would establish such a low life expectancy up front.

Captain Shepherd’s response made a lot of sense to me. How could NASA predict what direction technology will take when engineers are first sitting at the drawing table? Why not rely on older, tried-and-true systems? Unfortunately, the decision has to be made years in advance, and the engineers need to make the expiration dates of those systems known well in advance.

Once a decision is made about what direction to take in developing a capsule, module, engine or other system, NASA needs to proceed accordingly.

Since this was my first fan-con, this was also my first experience in non-academic conference panels. I wasn’t sure what to expect. I was pleased with the quality and time management of the panels, the knowledge base of the panelists, as well as the politeness of the guests asking questions. 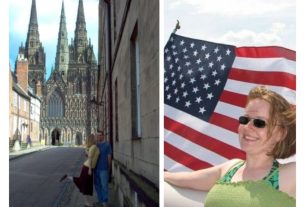