Is that a MacBook Air? Nope. It’s an iPad in a CruxSkunk case.

I’ve never had a laptop. I just prefer a desktop computer, and most of the time I’m at home anyway so I don’t need the portability. And now that I’ve got an iPad, I have a good solution for checking emails and doing a little bit of work while I’m traveling — though of course typing on an iPad screen leaves a lot to be desired. There are solutions, of course: I still have the keyboard from my ZAGGfolio (though I’ve ditched the folio portion) and Logitech’s Ultrathin Keyboard Cover has been pretty tempting, too.

And now there’s this: the CruxSkunk, a combination iPad case/keyboard that turns your iPad into something like a small MacBook Air. The iPad snaps into the top half, and the hinge holds the iPad at the desired angle. The 360 hinge also allows you to swivel the iPad around, so you can fold it back down with the screen facing out in case you’re just using the touchscreen. The full-sized keyboard connects to the iPad via Bluetooth, and has little foam pads on the portions that will touch the iPad screen. The CruxSkunk from the back.

I know what some of you are asking: why wouldn’t you just buy a MacBook Air if you want a small laptop? Well, for one thing, it’s a bit pricier, even including the not-inexpensive CruxSkunk. But an iPad-keyboard combination also allows for more flexibility (for folks who don’t need the power of a full laptop) because you can pull the iPad out and leave the keyboard behind. I also like the way the hinge lets you fold the iPad back down — my problem with the ZAGGfolio was that there wasn’t a good way to use just the touchscreen when it was attached to the case, and I imagine there’s a similar issue with the Logitech keyboard. The CruxSkunk also claims to be the thinnest iPad keyboard yet — though I haven’t seen one in person so I can’t vouch for that. But if its claims are true, then it shouldn’t add too much bulk to my iPad, while adding some very handy functionality.

Of course, some of you are asking, “What’s up with that name?” I can’t answer that one.

The CruxSkunk is currently funding on Kickstarter — it has already doubled its goal, so it’s on track to be produced, but you’ve still got a few weeks to get in on the preorder, which should be a little lower than retail. At $155 for the kit (which comes with a leather sleeve), it’s pricier than the Logitech keyboard, but if they pull it off it may turn out to be even better.

And now, for folks who have read this far, a giveaway opportunity! CruxCase is providing one of their Crux360 cases to one lucky GeekDad reader. It’s similar to the CruxSkunk, with a Bluetooth keyboard and the 360 swiveling hinge, but it’s a bit thicker and doesn’t come in Apple-esque brushed aluminum. (It’s plastic, has a smaller keyboard, and is more of a case around the exterior of the iPad.) There are versions for all three iPad models. Win a Crux360 case while you’re waiting for your CruxSkunk!

To win, simply fill out the form below. The deadline is 11:59pm PST, Friday, September 14. We’ll pick a winner over the weekend and announce it next week.

Open to North American residents only.
One entry per physical address.
Must be 18 or older to enter.
Winners will be chosen by random from the giveaway entries.
Winners will be notified via the email supplied at time of entry.
Prize is supplied by a 3rd party.
GeekDad.com cannot be held liable for non-new condition, or items damaged or lost in shipping. 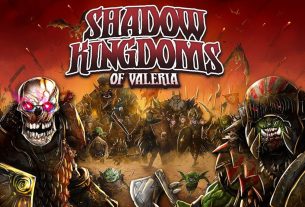