Dakster Sullivan is eagerly awaiting the arrival of Star Wars Celebration VI. Her family has one more troop before the event and then all their energy will be spent getting ready for the biggest Star Wars party in the galaxy. Her son’s jawa costume is in its final stages and he’s excited to get his little jawa groove on.

Nicole Wakelin is at GenCon this weekend and will be playing all the games. You can catch her at the Women in Gaming panel on Friday at 4 p.m.

Rebecca Angel is back from the beach and not at all tan because she wore an amazingly large hat the entire time, which induced many jealous looks from the other beach-goers, either that or the sun was in everyone’s eyes. And now she is leaving to perform at Pi-Con with her daughter in their band The Subs, and also sell some TeaPunk to all the friendly geeks there. Hope to see you!

One of Laura‘s sons is on the front porch teaching himself stone carving using a grave marker (bought as a “second” from a headstone shop). Another is collecting antique welders for an eventual museum. Another is on a campaign to bring back words like “tarnation” and “dagnabbit.” And her daughter insists that she’s the victim of a horse fly vendetta. Laura continues to pretend her family is normal.

Patricia is the home stretch! Only three more days still school starts for her boys — thus bringing to an end the most boring summer her boys had ever experienced. She set a goal for the boys two have two “field trips” per week and that was met, with a big trip to Tallahassee last week to visit the Museum of Florida History and the state capitol, and a trip to the local butterfly garden and splash park. Patricia is also celebrating her new camera and can’t wait to take her upcoming product reviews to a whole new level!

With less than two weeks left to Dragon*Con, Ruth is spending all of her spare time working on her Ravenna costume while her husband works on his N7 armor. She’s also pondering Raspberry Pi projects with an eye on Maker Faire NY next month.

Chaos Mandy is gearing up for Dragon*Con! She is working out what costumes she wants to wear, what panels she wants to go to and wondering what questions will be asked at the GeekMom/GeekDad panel that will be happening on Friday, August 31!

Kelly Knox had a blast at GeekGirlCon 2012! Sitting on the geeky parenting panel with Cathe was enjoyable and thought-provoking. The panels with Greg Rucka, Jill Pantozzi, and Gail Simone were riveting, although Kelly was sad to miss Bryan Q. Miller on the second day of the con. She’s already looking forward to next year. 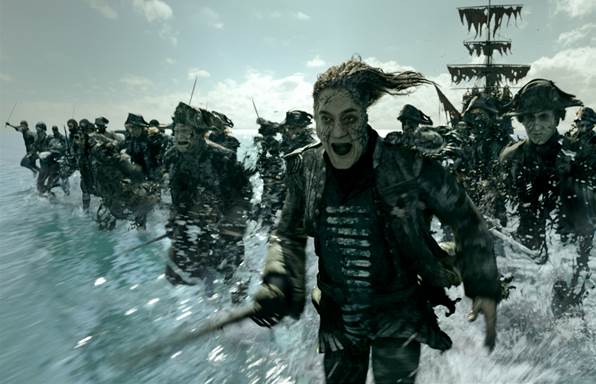 Talk Like a Pirate Day: ‘Pirates of the Caribbean: Dead Men Tell No Tales’ on Digital Today!