In honor of Bastille Day, here’s “Revolution in France,” set to Lady Gaga’s “Bad Romance,” in a music video created by a pair of teachers from Hawaii. The two have found an effective method of helping students remember history; they’ve created a series of music videos setting historic events to the tunes of well-known pop songs.

“Mrs. B” and “Mr. H” went viral with “Revolution in France,” but it’s just one of over fifty videos in their collection, which covers history from Australopithecus (“Prehistoric,” based on Britney Spears’ “Toxic”) to Napoleon (set to “Gone Baby Gone” by the Violent Femmes), with visits to the Crusades (Billy Idol’s “Eyes Without a Face”), the Black Death (“Gwen Stafani’s “Hollaback Girl”), Attila the Hun (“Here Comes the Rain Again” by the Eurythmics) and Emperor Constantine (“Come On, Eileen” by Dexy’s Midnight Runners) as well as many other subjects. The History Teachers have a great fondness for ’80s pop.

The project began about five years ago, when Amy Burvall (“Mrs. B”) was teaching High School World History and Humanities, and had often written song parodies to perform when colleagues move on to other schools or for birthdays and other events. “One day it hit me to write a song about Henry VIII’s wives — so I pretty much came up with all the lyrics (set to Abba’s ‘Money Money Money’) in the car driving home,” she explains. Knowing that her fellow teacher, Herb Mahelona (“Mr. H”), would appreciate the humor, she sang it for him, and he suggested recording it and making a music video. Mr. H was teaching Flash animation at the time, so the first two videos they did (“Henry VIII” and “Renaissance Man“) were animated. Mahelona told Burvall that he could put her into the videos using Adobe After Effects and Premiere, which she thought “would be more hilarious to the students,” and the project grew from there.

Burvall used the videos in her own classes, finding that “this type of learning tool was quite successful, and could be used both as a “hook” to get students interested in a forthcoming topic or as a catchy review/mnemonic device to prepare for assessments.” Eventually they decided to put the songs up on YouTube. “Now people from all over the globe communicate with us via our channel, Twitter, or our Facebook page and soon we’ll have our website up and running with lesson extensions and a place for suggestions from fans,” she relates.

The project has spawned spin-offs and imitators, with some viewers translating the songs into other languages for use in their own countries, and others making their own history music videos, which Burvall and Mahelona love to receive. As always, the important part is the teaching, Burvall says; “I do encourage my own students to do this project as well. It takes a lot of effort to synthesize research into a more succinct, poetic form and make every word count. Then to use project planning skills, such as storyboarding a video or working with others in a production team –- now, that’s 21st century learning. Most students love working with Garageband, iMovie, Flash, or even in stop-motion and some of them really find validation in posting their work onto YouTube – it’s sort of like authentic publishing…they get real feedback from real people all over the world instead of merely turning in a paper to the teacher.”

The project was also personally beneficial to Burvall; she was diagnosed with breast cancer around the time they began, and most of the early videos were shot while she was undergoing treatment. It was, she says, a “lemons into lemonade” experience. “I had insomnia from the medications, but used that time to pen lyrics. Recording and planning videos brought me joy, and if you are wondering why I have so many wigs in the vids, they are actually ones I purchased after having lost my hair to chemo.”

The duo intends to keep making their videos, and home to expand the project to other topics, such as literature, art history, and philosophy, but they have to fit the work in around their regular jobs as teachers. Mahelona, who has previously taught history, art, music, and technology classes, is currently the choir director at a private school on the big island of Hawaii, while Burvall teaches 9th grade World History at a private school on Oahu. “Lyrics can take days if they are tricky, and although we’ve got recording and filming pretty much down to a manageable timeframe (after Herb recreates the music), the video editing is tedious,” Burvall explains. “Our ideas for videos keep getting more elaborate, but we try to make each one a different experience.”

“After our ‘French Revolution’ video went sort of viral in November 2010, it’s been so much fun to interact with fans on social media. I’m so glad we decided to break out of the box of our classrooms and share these with the world,” says Burvall. “Now we’re looking forward to doing a TEDx talk here in Honolulu in November.”

This article was originally published on this date last year. 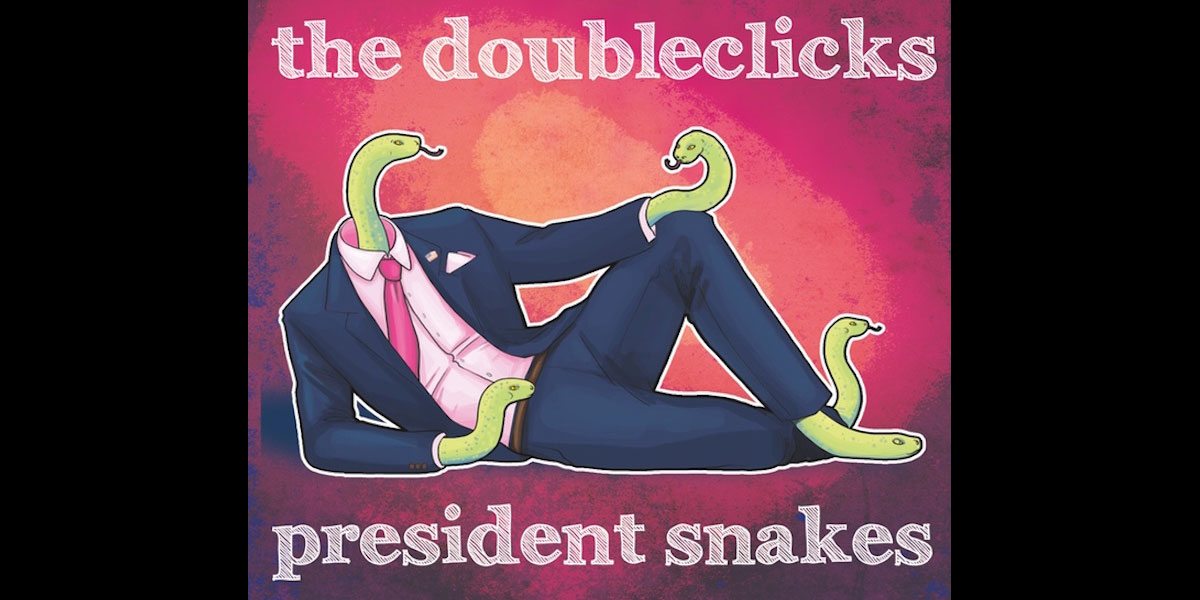