The name “Phil Hansen” probably does not ring a bell, but you have probably seen his work. He has been featured on the Discovery Channel, CNN, CBS, Good Morning America, the Rachael Ray Show and Dr. Phil. His designs have also been used commercially by the Grammys, Skype, Diesel, Arby’s, Ripley’s Believe it or Not Museum and dozens of other large and small companies.

From what I have seen of his work, he works so far out-of-the-box that there is not even a box! Currently, he is celebrating the release of his new book Tattoo a Banana and Other Ways to Turn Anything and Everything into Art and he has just recently become a TED Talk Finalist. Here is some of my conversation with Phil Hansen on these events:

Sims: What inspired you to decorate a banana?

Hansen: This happened when I just started to think about making a book, and I was experimenting with anything I could think of around the house. I was sitting around one day doing some drawing, and my wife handed me a banana to eat as a snack. They are not my favorite to eat so I decided to draw on the banana with my pencil instead. A little later, I realized that the browning in the banana could make a quality image. Drawing on the banana wasn’t flattering because it looked scratchy. So I thought what if I poke an image, it might look more natural because bananas get speckled as they brown. Sims: What is the process for making art that has a very limited shelf life? Do you hurry and take photos? Do you apply some sort of preservative?

Hansen: I rarely try to preserve temporary art. You’ll more likely find me destroying it if it didn’t naturally destroy itself. A few years ago, I spent an entire year creating an art series “Goodbye Art” where I destroyed each piece of art after its creation. I feel that working with impermanence is a vital part of staying in the creative flow, and a great tool to further creative abilities. We tend to attach art with preservation and lasting forever. A lot of people aren’t used to the idea of art being temporary. But art for me is more about the experience in the creation process as opposed to the end product, which is why my work tends to be process driven. And what’s great about temporary art is it often enriches the process, that I can capture the final work as well as the degradation process as it transforms into another element. Like the banana for example, it is really entertaining to just set it on the counter and watch it degrade and change right in front of you. Tattoo a Banana celebrates a lot of temporary art so people can dig into the process and find new discoveries within each project. Some projects have their peak moment that lasts a few seconds, i.e., drawing on a marshmallow and sticking it in the microwave. Others like putting together a portrait with leaves will change from hour to hour, and taking pictures becomes a documentation process.

Sims: What can you tell us about your new book, Tattoo a Banana and Other Ways to Turn Anything and Everything into Art?

Hansen: As we currently live in a pretty unpredictable time, there’s a lot of talk about creativity, and how we need to be creative in order to lead innovation, rekindle growth, and obtain financial security. While it’s great to emphasize the importance of creativity, I felt the act of practicing creativity is more important. I thought about how anyone can learn to approach everyday life with creativity. But we can only be creative with things we have some knowledge of. So I started messing around with supplies around the home such as bananas, cardboard, potato peels, and plastic bags; materials that we are all familiar with, easily accessible, and affordable. By exploring familiar objects, we can break through any mental barriers about materials and techniques, and challenge accepted norms by turning anything and everything into art. If you can approach a banana differently than the way you have your entire life, then maybe you can approach your work differently, and weave creativity into other areas of your life.

Sims: What ages are appropriate for this book?

Hansen: While I expected this book to appeal to a younger audience of teens and twenty somethings, I really wanted anyone to be able to experience this book. To my surprise, so far there’s a huge age range enjoying Tattoo A Banana, from an 8 year old rummaging through the cupboards to get supplies to a 70 year old smearing her face on scanners. With kids out of school, these projects are great summer activities that are electronic-free. Older kids can do them independently or parents with younger kids can do them as family activities. The creative processes in Tattoo A Banana are quite different than what’s typically taught in art classes, so it creates great learning opportunities as well for kids of any age. And last but not least, there are dads who are really digging the science behind some of the projects, and make themselves look super cool to their kids in the process.

Sims: What is the process like to do a TED Talk?

Hansen: It’s very exciting to be part of the TED2013 Worldwide audition, the very first crowd-sourced TED event. When I first found out about this audition, I thought maybe it’s a long shot because I’ve never given a talk before but felt like I had something that I really wanted to share. I even went to toastmasters for a month but it was too formal and rigid for me. Soon after, I realized that TED is not about getting rid of your ums or where to put your arms, it’s about the idea behind your talk, and how that idea can impact others. Interestingly, my TEDTalk topic is about using limitations to drive creativity. I felt like I did just that with the audition process. Before the audition, I’d wanted to put a talk together for a while but just didn’t know where to start. As they limited the auditions to very short timed videos, as well as a quick turnaround, I quickly formed a talk. This really helped me focus on my key points, and I felt like I went from not having a clue on how to give a talk to being in front of a TED audience in NYC overnight.

Sims: I see that you are known as a “multimedia artist.” What exactly does that entail?

Hansen: In high school, my obsession with pointillism ended up damaging nerves in my right hand resulting in a permanent jitter. I couldn’t do the pointillism that I loved, so I started experimenting with methods where the shake wouldn’t affect my work. I discovered that if I worked in a larger scale with bigger materials, my hand wouldn’t really hurt. I became enthralled in exploring new materials and new processes that I have turned anything and everything into art. One week I may turn my chest into a canvas, and then the next week, I’m working with hundreds of live worms.

Sims: What do you credit for your international fame? Was it the YouTube videos that went viral? Was there a ‘magic’ solution?

Hansen: Yes, I contribute a lot of it to YouTube videos. I’m constantly excited about the way the Digital Age has transformed how we access information and communicate. It allows me to get my work out quickly and I’m able to do art projects that are viewer contributed. I also work pretty hard, and focus on things I love doing. I’m not sure if there’s a “magic” solution…the only thing that comes to mind is my horrible memory, so I keep forgetting all the failures I’ve had along the way and relentlessly truck along.

Sims: What do you do to get the creative juices flowing? What gets you out-of-the-box?

Hansen: There are a lot of different things I do, and some of which I touched on earlier. The best way to stay creative is to do many different creative things so I have more connected dots to form new ideas. Sometimes the creative juice just flows more naturally than other times. Those are the days I sit down and generate ideas all day long. If I hit a wall, I try to do something relaxing, usually taking a long walk. The reason I take long walks is because it takes awhile for my mind to quiet down and reach that almost meditative place where it can wander freely and unexpectedly.

Sims: If you could have anything in the world for a canvas, what would it be? Statue of Liberty? Sears Building? The city of Dubai?

Hansen: The first thing that comes to mind is a treeless mountain side completely covered with pristine snow. I want to draw a huge picture using a pump sprayer full of water dyed black.

Sims: What is really next for Phil Hansen?

Hansen: I’ve always wanted to do work that bridges the gap between the general public and the art world. Making Tattoo A Banana inspired me to recently kick off a creativity webshow PITW (Phil in the Whaaat), fun, fast-paced instructional videos that are as entertaining as the projects themselves. You end up with projects like how to paint with Coca-Cola, constructing a cardboard beard, and printing images on toilet paper. I hope to build PITW.com as a place for anyone to practice creativity in a supportive environment. I also hope to be involved in speaking engagements in the near future; giving a full TEDTalk would be a great! And lastly, surprising projects pop up here and there so I’m excited but not sure what’s next for me in this regard. 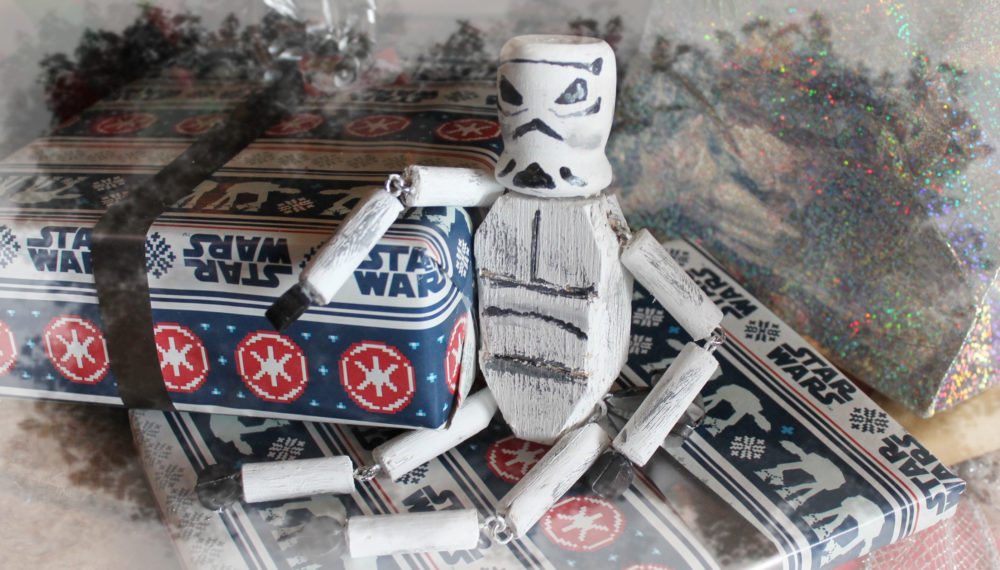