Something you learn to expect with any popular gadget is a yearly round of revisions. With the 3DS launch last year on March 27th we were due an update for Nintendo’s new handheld. On August 19th the 3DS XL arrives in stores along with New Super Mario Bros 2.

With the unit expected to retail on Amazon for $199.99, not much more than the $189.99 original 3DS, choosing which handheld console is right for you needs some careful consideration. Similarly, deciding whether you should upgrade is also a tricky matter — and one you may want to resolve before the 3DS XL is released if you want to sell your original 3DS for the most money.

I got my hands on the system for a 3DS XL family review, but before I get into a detailed look at the unit itself let’s get some of the other specifics out the way.

Firstly, unlike in Europe and Japan the US 3DS XL comes with a charger. I’m not 100% sure why the other territories don’t get a charger — it’s an unusual decision — but actually I quite like the environmental angle here. In my house at least we already have more than enough compatible chargers (DSi, DSiXL and 3DS all use the some one).

Secondly in the US there will be the choice of Red/Black and Blue/Black initially. The unit I was looking at was for Europe and as you can see is Silver/Black. The only 3DS XL not to be two-tone in color is the all-white Japan model. I have to admit that ever since the first white DS Lites hit stores white has been my favorite color. However, with the 3DS being region locked I won’t be imported a white Japanese unit.

As you probably read elsewhere, the 3DS XL has screens that are 90% bigger that the original 3DS. For families this is a real benefit. Not only is it easier to play from a greater distance, meaning that my kids won’t have to hunch over their games so much, but it also has a better viewing angle.

We like to play games like Professor Layton and Rhythm Thief together, all taking turns on the same system. With the 3DS XL we can more easily watch another person play and make suggestions as to how they may solve a particular puzzle or where to go next. It also means that in action games I can show my kids what to do (or they can show me as is more often the case) without both of us struggling to see the screen.

The 3DS XL, like the DSi XL also offers an additional “lock off” position on the hinge so you have more viewing options — something that really helps when playing with the unit resting on a table.

The screen’s size does mean the visuals look slightly more pixelated than on the original 3DS, but with its higher resolution this is much less of a problem than it was going from the DSi to the DSi XL. The screens are beautiful. They appear bright and clear, and to my eye the 3D effect was easier to manage with its larger surface area. All our 3DS games have been dug out and are being enjoyed all over again. It also makes watching film content on the device much more manageable, the top screen even gets close to the super wide PS Vita screen size.

The 3DS XL also comes with a meatier battery and 4GB SD card storage. Battery-wise this means that even with that extra screen real estate to light it still lasts a lot longer than the original 3DS. I’ll be putting the different DS consoles to the test in a later post, but we seemed to get around 4.5 hours of play time — which is better than the 3 hours we have on the 3DS. Of course these times differ depending upon settings and which games you are playing.

The 3D Slider was a surprise enhancement for me. Unlike the 3DS, the XL version has an added click at the bottom of the control. This means that it is easier to tell if the 3D is off or not. The original 3DS had a light to indicate this, but during game play the light didn’t extinguish with the slider at the bottom, and I found myself checking if my younger kids had sneakily turned it on without me looking.

Of course I could have setup a parental control to lock off this aspect of the 3DS, but to me this seemed a little like overkill. The 3DS XL slider solves this problem by being able to click down in the 3D off position. It’s a small change, but one I really appreciate.

The general build quality of the 3DS XL is good, although not quite as slick as the original. The system’s lower housing is clicked into place, and it’s secured by fewer screws. This means that, as my youngest quickly discovered, stray fingers can inadvertently un-clip the shell. It’s not a big problem as it still has screws holding it in place and clicks back on, but this is a little disconcerting and not up to the usual Nintendo robustness.

The slightly cheaper feel of the unit continues with the absence of the metal telescopic slider. This is replaced with the old style plastic variety. Again this is perfectly functional, but from the high grade 3DS pen it feels like a backwards step.

One area of physical improvement, though, is with the 3DS Select/Home/Start trio. Whereas on the original they were countersunk under a layer of flexible plastic, on the XL they are proper buttons. I found that on my original 3DS the plastic on these buttons had come away slightly, and I had been considering returning it (although it hasn’t been enough of a problem to warrant the hassle). The XL version of these buttons does away with any such concerns and is a welcome improvement.

Despite these niggles the design of the 3DS XL is much less clunky than the DSi XL. The edges follow a similarly rounded format but also taper in thickness to give it more of an iPad form factor. While it stays clear of the luxury end of the consumer electronics market the device is very nice to look at.

The unit feels better balanced than the original 3DS, and because of this it is easier to hold. The controls are all positioned perfectly and have the usual Nintendo exactness to them. Clicks are positive, and the Circle Pad works like a dream.

Many other reviews are disparaging of the absence of a second Circle Pad on the 3DS XL, but this misses the point of the unit entirely. It’s not the next 3DS or an iteration that intends to improve upon the interactions; the XL is an alternative way to access that same 3DS experience. To include a second Circle Pad may have pleased more core gamers, but it would potentially have splintered 3DS games into those made with two Circle Pads in mind and those without.

This does leave unanswered the question about handedness — as left handed players are still potentially disadvantaged. Like with the original 3DS there is a peripheral coming soon that adds a second Circle Pad on the right — although like the 3DS version it makes the system more unwieldy and is by no means an elegant solution.

The 3DS XL is a good update of the original design. It seems to have been created with a few cost cutting measures in mind, but this doesn’t detract from the benefit of those beautiful bigger screens and extended battery life. 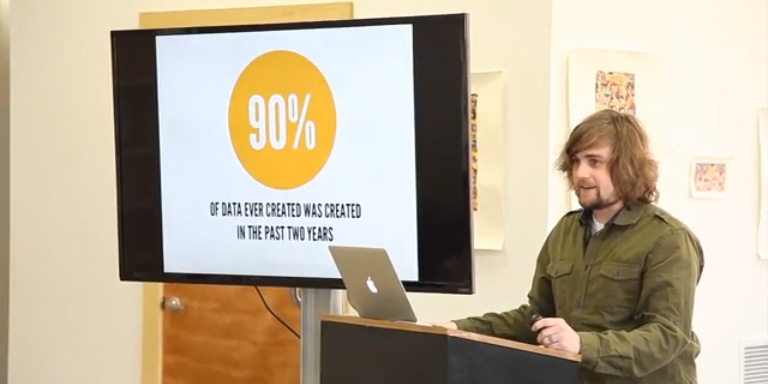 The Freedom of Impossibility

In space… no one can hear you jingle

Geeks of the Galaxy Take Note