Usually when scientists wonder if something affects something else, they set up a randomized control trial — some people get “stuff” and some people get “not stuff” and then they watch with bated breath and spreadsheets to see how these two groups differ. But you can’t exactly prescribe a long-term course of more, less or even different media. (For one thing, people who stick to the program are just too naturally different from those who won’t to make any results meaningful.) And so instead of randomized control trials, scientists are increasingly turning to “natural experiments” to explore things like long-term media consumption that you can’t approximate in the lab or prescribe in life. These natural experiments just happen to split people into “stuff” and “not stuff” groups, without researchers doing the splitting.

One of the pioneers of this approach is UCSD economist Gordon Dahl. I interviewed Dahl about one of his natural experiments — the data-driven observation that an unexpected home-team football loss leads to a spike in domestic violence in the team’s home city — for my book, Brain Trust. A recent review by Dahl in the journal Family Relations uses the natural experiments to discover how media affects families.

For example, Dahl points to a study showing that due to the happenstance of Indonesia’s topography, some villages have better TV signal strength than others. Independent of how far these villages were from major cities, or any other factor the researchers could imagine, citizens of cities with better TV signals had less involvement in community organizations. The paper’s somewhat doomsday title is “Do Television and Radio Destroy Social Capital?”

On the flip side, take a similar study of 180 villages in India – researchers watched as some of these villages got cable television for the first time. And as cities got this digital view of the wider world, acceptance of domestic violence decreased, women experienced more autonomy and the be-cabled villages had lower fertility rates than their otherwise equal but de-cabled counterparts. This paper’s decidedly more upbeat title is “Cable Television Raises Women’s Status in India.”

So the amount of media we consume certainly affects us in interesting and not always straightforward ways. But what about the content of the media we watch?

Well, in 2005 the Brazilian network Rede Globo produced nearly all of the country’s soap operas. But some parts of the country had Rede Globo and others didn’t. Dahl points to a study showing that as communities got soap operas, their rates of divorce rose and their rates of fertility dropped. Children born in Rede Globo communities were much more likely to share characters’ names. And those dropping fertility rates? While they dropped among all young women in the viewing demographic, they dropped most among women closest in age to the soap opera’s main characters any given year.

So how does media exposure affect families in the United States? To answer that question, Dahl points to a recent study that looked at the intelligence of kids as television became available in US counties in the 1940s and 1950s. Due to the random introduction of television, some kids had more years of exposure than others — like a serendipitous randomized control trial, some kids got “stuff” and some kids got “not stuff” and there was no measurable difference between the groups except for “stuff,” which in this case was TV.

As you’d expect it turned out that TV rots kids’ brains.

Actually that’s not true at all. Dahl writes that, “each additional year of childhood exposure to television increased test scores during adolescence by 0.02 percent of a standard deviation.”

OK, OK, test scores certainly aren’t everything, and maybe these intelligent, overexposed kids were more likely to kick puppies, but it’s still worth noting that TV doesn’t rot brains in the way that we as parents have all come to take as gospel. At least not in the general population.

But something interesting happened when researchers Gentzkow and Shapiro drilled down into this data — they found that in households with high parent involvement, additional TV exposure did, in fact, hurt test scores. But this decrease was offset by a dramatic increase in kids’ scores in households with lower levels of socioeconomic success.

Instead of media being universally good or universally bad for kids, “the effects of exposure to media are determined largely by the type of activities that are being displaced by television,” Dahl writes. As admittedly sad as this is, the question of whether media is beneficial or detrimental comes down to the alternative — does television or other media provide an environment that better supports cognitive development than the household itself?

Who’s the better parent, you or the TV? If the answer is you, be aware that your house and not the television is your most effective teacher. 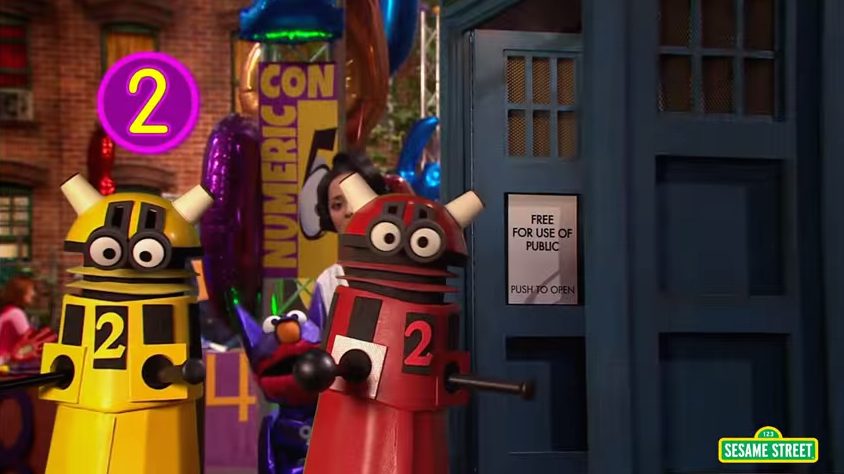