I’m going to assume you’ve already heard the argument that comics are a great way to teach literacy, and not re-hash that here. Comics are also a pretty good way to teach other things as well: it’s a very blurry line between comics and instructional diagrams, for instance. The combination of words and pictures is something that just clicks for many readers, particularly when it’s done well.

Reading With Pictures is a non-profit organization that aims to “get comics into schools and get schools into comics.” Tom Stillwell wrote about their first anthology last year, which covered a variety of subjects as their proof of concept, and was very well-received. Now, RWP is seeking funding on Kickstarter for The Graphic Textbook, a 144-page comics anthology covering Social Studies, Math, Language Arts, Science — all drawn from a list of common core standards. Their hope is to weave comics-based learning into virtually every subject by producing a book that can actually be used as a textbook, and not simply a literacy aid.

If you love comics and education, this is a project you’ll want to check out. Their page has a lot more details about what’s included and how the money will be spent. If you want to know the longer story about where RWP came from, check out Update #2 on the Kickstarter page, written by RWP founder and president Josh Elder. It’s lengthy, but a really great story.

I’ve already backed The Graphic Textbook myself, and I asked Elder a few more questions about the project. Liu: I like that you’ve given the breakdown of where the money is going so backers can see why you’re asking for the amount you’ve got. My question is: how will you actually get this book into the classroom? Of course I hope teachers and schools see the project but I know our state is having a budget crisis and I can’t see them ordering a copy for each student for some class or other. So what’s the plan for getting it into the hands of teachers?

Elder: Good question. We already have offers for print distribution, and we’re still open to partnering with a publisher in that area as well. We’ve gone to great lengths to keep the cost of the book down to $25 or below – a steal for a hardcover textbook like this one – while also offering our DRM-free digital edition for just $10. We are a nonprofit that serves the public trust, and we take that obligation seriously. We need to be sustainable, but our primary goal is to get this book into as many classrooms as possible.

Everyone on this book is working at below their standard market rate, and I’m working for free. I’ve even committed to selling my car to make up any funding shortfalls we may encounter. And I live in LA, so that’s a pretty big deal! Image from "Field Trip" by Russell Lissau and Marvin Mann

Liu: One of my complaints about learning to read through comics has been that comics seem to be less meticulously edited than other books; I frequently find very basic errors made in comics that I rarely see in, say, middle grade fiction. With a textbook, you’ll also have to deal with historical accuracy, scientific accuracy, and so on. How will you ensure that The Graphic Textbook will be free of grammatical and factual errors?

Elder: Comics have traditionally been a “quick and dirty” medium owing to their origins as periodicals, thus certain niceties like copy editing often fell by the wayside. This has historically given comics a greater energy and immediacy than you typically see in most long form fiction, but it certainly does not make for good textbook material. To address this issue, we’re giving ourselves a 6-8 month production cycle on The Graphic Textbook. To put that in context, production on a book like this would normally take 2-3 months at most under the standard operating procedures of the comics industry. Those extra months give us the time we need for thorough copy editing and fact-checking by our editors and our panel of educational experts.

That’s the reason we’ve set such a high goal on Kickstarter. We want to do this right, and that means hiring the best people and giving them the time they need to do their best work. Image from "The Black Brigade” by Chris Schweizer

Liu: Once you get kids hooked on comics for reading, do you feel that it’s a natural progression toward non-comics reading? Should it be?

Elder: Studies show that comic readers read more of everything than the general population. Still, the research isn’t conclusive because there just hasn’t been enough of it – one of the issues that Reading With Pictures was founded to address, actually – but my own anecdotal experience certainly supports the hypothesis. Comics not only helped teach me to read, they helped teach me to love reading. Because of my early exposure to comics, I was compelled to read everything I could: from comics (obviously) to newspapers, from novels to the Encyclopedia Britannica (back when there was such a thing). I was such a bibliovore that I actually maxed out my library card on more than one occasion. Seriously, that actually happened.

Thanks to the literacy-accelerating elements inherent to the comics medium, I was able to engage with material far beyond my grade level starting on the first day on kindergarten. I read at the college level before leaving elementary school, I took college credit courses while still in middle school, and I attended Northwestern University on a National Merit Scholarship. In other words, hooked on comics worked for me. Reading With Pictures exists because I believe it can do the same for students everywhere.

The second part of your question – should kids progress from reading comics to reading other media – is a stickier wicket. Content is king, so readers should seek the content that they want wherever and however they can find it. That’s certainly what I did. That being said, it’s my firm belief that the medium of sequential art possesses intrinsic advantages over prose when it comes to efficiency and efficacy of data transmission and retention. As digital technology pushes the marginal cost of transmitting images as well as text down to zero, the terms of the debate will fundamentally change. Image and text will become so intertwined that it will be impossible to separate the two.

To wit, poetry is deader than Shakespeare, yet more people read and write it today than at any point in human history. That’s because poetry evolved into songwriting once the technology to store and transmit audio recordings became commonplace. At first, the gatekeepers of culture derided popular music as a mongrel cross between poetry and chamber music – low art for low people. In time, that opinion softened and eventually reversed as the old guard was inevitably replaced by a younger generation that judged pop music for what it was, not for what it wasn’t. Not that all pop music was good, far from it, but the form itself was no longer considered illegitimate. The comics medium is in the early stages of the same process.

Excerpt from "Doctor Sputnik: Man of Science” by Roger Langridge

Liu: How about drawing and writing — it’s one thing to teach Reading With Pictures, but have you considered teaching Writing With Pictures as well? That is, can you use comics creation to teach the other half of literacy: writing?

Elder: Writing instruction will absolutely be built into the Language Arts portion of The Graphic Textbook, but it’s not our central focus. Writing instruction is, however, at the core of The Comic Book Project, a national initiative headed by Dr. Michael Bitz that uses the comics medium to facilitate self-expression through art and writing. In its 10+ years of existence, The Comic Book Project has worked with tens of thousands of students to great effect and well-deserved acclaim. The Graphic Textbook will touch on this, but the folks at The Comic Book Project are the real experts.

Though to again use myself as an example, I’ve been gainfully employed as a writer across various media (magazines, newspapers, video games, novels and – of course — comics) and I learned my craft primarily from writing comic scripts. Once again, hooked on comics worked for me!

There are less than two weeks left to fund The Graphic Textbook, and they’re about a third of the way to their goal as of this writing. Go take a look at the project and consider ordering a copy (or a Classroom Set for 25 copies)!

GeekDad Challenge of the Week: Dog vs. Orchid 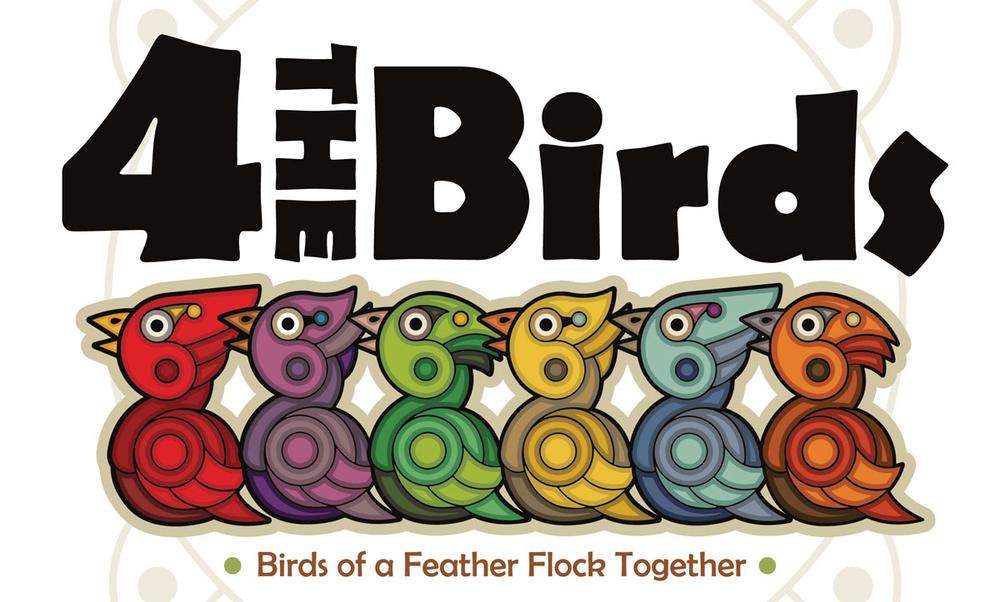 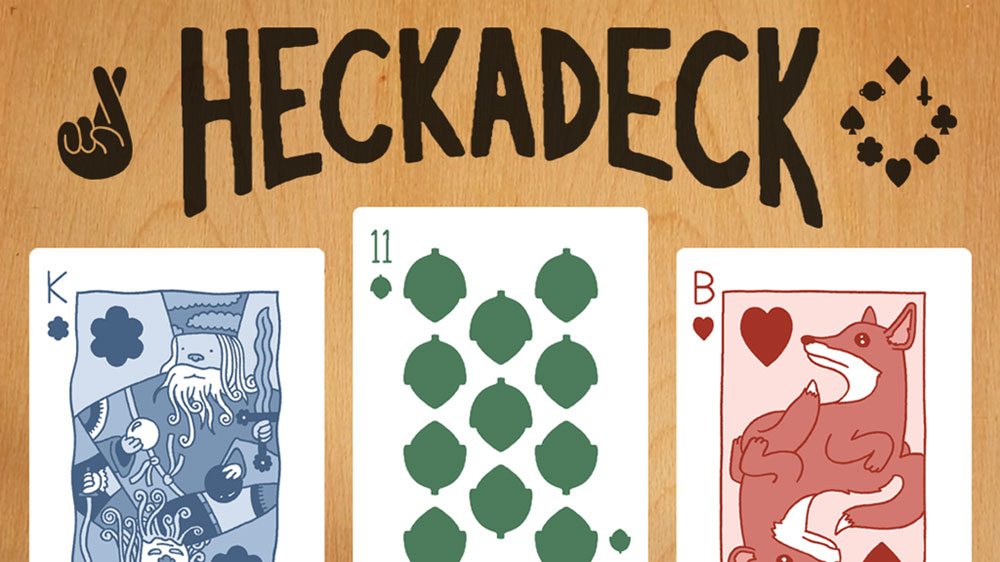