Earlier this week I covered a book (Fitness for Geeks) and fitness tracking service aimed at kids (GeoPalz). The book has a chapter devoted to fitness devices as well as plenty of software mentioned for those interested in tracking variables related to their exercise and daily routines. The GeoPalz service, while tracking kids’ steps throughout their day, also offers parents the ability to track their progress using a few devices other than the GeoPalz device. With both the book and the GeoPalz service, one frequently mentioned data tracker is the FitBit.

Earlier this year I reviewed a fitness tracker from BodyMedia. I was so impressed with the device and the feedback it gives me that I’ve continued to use it and wear it every day (well, except for one day every few weeks when I need to recharge the battery). One number I look for every night when I sync the device with the online activity manager software is the MET — Metabolic Equivalent of Task. It’s a number that gives you an idea on your activity level, with a sedentary, sitting-at-your-desk all day earning you a 1.0. Moderate exercise will often get you a 2 or higher… and running a marathon (which I haven’t done) I hear gets you up around the 8 or 9 range. (I mention the MET number only because I’ll be referencing it again shortly.)

While I like the BodyMedia, I’m quite aware it isn’t the only fitness tracker out there. After reading about the FitBit in the Fitness for Geeks book and then seeing that it’s promoted by GeoPalz, I contacted the company and asked for a test unit to try out. For the past few days I’ve been a body monitoring machine, with both BodyMedia on the arm and the FitBit attached at the waist. I was curious to see how the FitBit compared to the results I got from the BodyMedia (such as number of steps taken per day) as well as what other services or variables it tracked. Here’s the rundown for those of you looking for a fitness tracker of your own.

The FitBit is tiny. I had no idea how tiny it was from the online pictures I kept seeing. It’s about 2 inches long and 0.75 inches wide and 0.5 inches deep. It weight about 0.4 ounces and it reminds me of a USB memory stick. It makes a tight U-shape and the ends pinch tight so when you clip it to your pants or pocket, it’s not going anywhere. It also comes with a small belt clip that it clicks into and then the case has a plastic hinge on the back that can also be used to clip it where needed. You also get an armband for comfortably wearing it on your wrist at night (so it can track your sleep duration).

The FitBit, once set up, can communicate with the online FitBit Activity Tracker software through an included docking station (another tiny little device) that plugs in via USB. The FitBit is also a wireless device, so it can also upload its data via a 2.4Ghz radio frequency it shares with the docking station (if the station is connected to your computer). Just open the FitBit Activity Tracker page and log in — if the docking station is plugged in, the FitBit will send all your data over without your needing to dock it. And if you have an iPhone or Android, there’s also an app that will allow you to log a few things like food eaten or your current weight and you can always look at your current and previous stats that have been uploaded via the docking station. (The apps currently don’t support real-time syncing of steps taken, stairs climbed, and other tracked items that are uploaded via the docking station — they’re for logging things like your food and weight that the FitBit can’t track.) The FitBit monitors a number of things — steps taken, stairs climbed (only counts the up portion, not the down — it uses a built-in altimeter to monitor this), miles traveled, and calories burned. It also calculates a value called Active Score (more on this shortly). You don’t have to sync the device, however, to see your current stats. Press the button on the FitBit and each press gives you a different stat displayed in blue on the FitBit’s black surface. You can also find the current time with the push of a button. This morning I went for a fun-run at my son’s school… I hit almost 5,000 steps (half of an adult’s suggested daily goal) in just 30 minutes! One interesting thing I liked — using the web-based service you can turn off any stats you don’t wish to be visible as you press the button on the FitBit — these can also be turned back on later. And if you have multiple FitBits in your house, each one can be configured to display a name or message so you can easily identify your FitBit. (The FitBit also comes in two colors — Blue and Plum.) The Dashboard is where you view all your stats via your web browser. In addition to the stats mentioned above, you’ll also find motivational items such as achievement badges that are awarded when you hit certain goals. I hit the first two Daily Goals easy enough — 5,000 steps and climbing 10 stairs. No problem. But the next level of Daily Goals is 10k steps and 25 stair levels climbed. And there are Lifetime level badges for miles and floors climbed. (First Lifetime mileage level is 50 miles.) The Dashboard’s main page also displays details related to any food you’ve logged as eaten and it keeps track of your sleep time. It’s a nice one-stop-shop to view a whole bunch of things related to your health and well-being. While the FitBit logs a lot of interesting stats, there are quite a few things it cannot track. For tracking what you eat, weights you lift, and how much you weigh, the online service offers you the ability to manually enter things such as sports you’ve played or meals you’ve eaten. I was quite surprised to type in an actual restaurant name (Chipotle) and see a list of the meals they offer. I don’t know how detailed this list is, but a quick search for McDonalds and Subway showed long lists (along with the calories of the items they sell)! The Dashboard also offers places to record data related to your heart rate (resting, normal, and exertive), glucose levels, and blood pressure (S/D).

The online service also offers the ability to link up with friends (from FitBit or Facebook, for example) and share your stats with one another and provide encouragement. The service offers various communities, groups of like-minded individuals who may be gathering together to meet goals such as increasing mileage or hitting a certain step goal per day. You can even start a group if you can’t find one that has your own goals in mind.

I can’t speak to these personally, but there are a number of third party apps being created that can be used with the FitBit device and its data. These include nutritional apps and fitness-related apps like RunKeeper.

As I said earlier, I’ve been using the BodyMedia for a few months now. I like it, and I’ve gotten quite used to the online service and how it works. But I also find the FitBit online service very useful. But which one to use? I’m not really wanting to wear two monitors, so I’ve got a decision to make. One thing I have really enjoyed with the BodyMedia device is my daily MET value. I feel great when I get a 2 or 3… and I grin wide if I hit a 4 or 5. With the FitBit, the Active Score is useful, but the use of a large number (it can get up to 600, 800, and 2,000 or higher) is more motivational than helpful. I can see why hitting a number of 1,000 would look great on the small screen of the FitBit as you workout, but if you do the reverse calculation, you’ve got a MET of 2. For me, I’d prefer just seeing a 1, 1.5, 2, 2.5… the value as a MET. But this is a minor thing and may not be a big deal to anyone but me.

I have the Android app installed and I do like the real-time stats I can pull from the BodyMedia device… but I do not like taking my phone into the gym with me or on a run. So, if I want real-time stats, the FitBit gives me that without the worry of carrying a phone with me.

BodyMedia has Bluetooth so it does support real-time data sending to iPhone and Android apps — FitBit requires synching with the docking station to do this.

Without a phone and app, there is no way to view your stats on the BodyMedia without synching to the online service.

BodyMedia device uses two metal contacts that read galvanic skin response to provide more accurate activity monitoring — this device can tell me how long I’ve been doing moderate exercise, for example, and it tracks a large number of data points such as body heat and pulse that might show up in the software one day (but not yet) — the FitBit does not have this capability and is not in contact with your skin for any measurements.

You’ve probably got more questions, and I can’t promise I can answer them all — I’m new to this data monitoring thing as well. What I will do is simply point you to the two company’s websites and highly encourage you to do your own research. Both devices are great, and I’m having a hard time deciding which one I would prefer to use on a permanent basis. For the gym, I’ve figured out I actually prefer the BodyMedia since it’s on an armband and out of the way of my waist — for many exercises I do I’ve found that having the FitBit on my waist tends to get bumped and knocked around a bit more. But on a run, the FitBit is so much nicer given its small size — the BodyMedia’s band on my arm tends to get a bit sweaty during a run and can feel awkward and tight at times.

I hope I’ve given you enough background on the FitBit here (and the BodyMedia LINK here). If you’re in the market for a fitness monitoring tool, be sure to check out both websites as they’ve got much more information than I have room to include here… and there may very well be updates to the devices or the software that have added new features that I haven’t covered here. 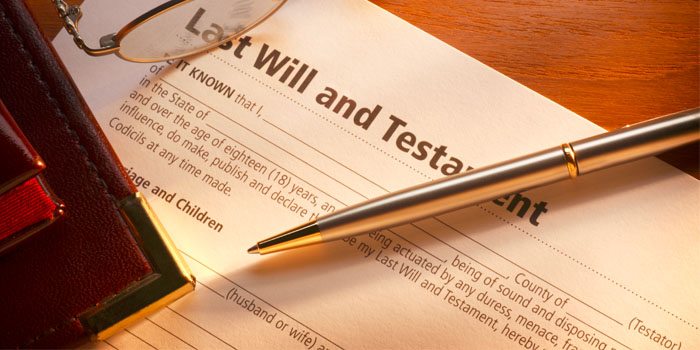