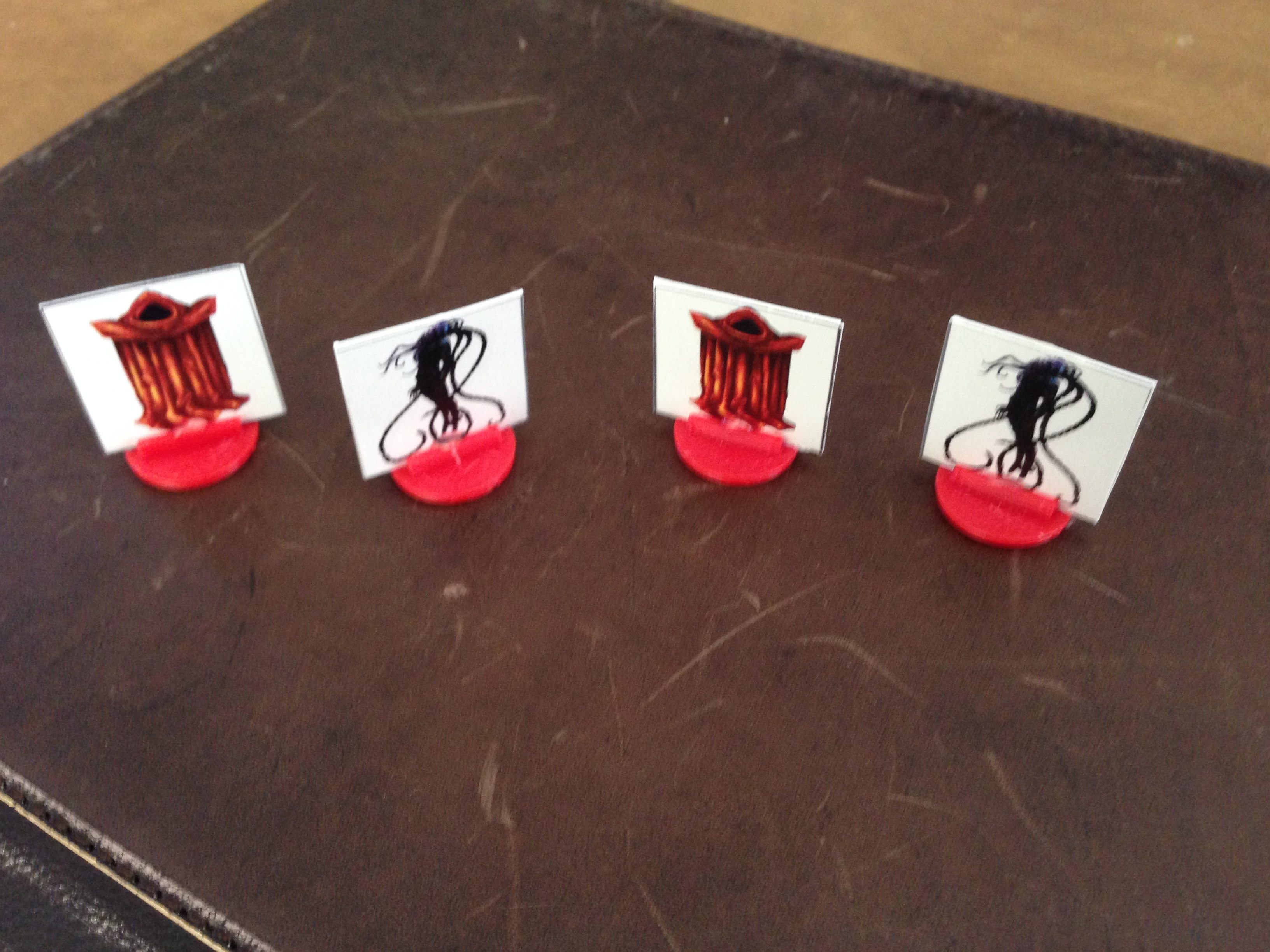 It’s time for another look at the GeekMoms’ never-ending stack of books. Collectively, we sure manage to make our way through a fair number of pages, whether we’re reading them on dead trees or e-readers. Here’s what we’ve read this month.

Sophie has just finished reading I Want to Believe (The Official Guide to the X-Files, Vol. 3)

, the novelisation of the second X-Files movie written by Max Allan Collins and possibly the worst novel ever written, she’s not even sure it had an editor. She is a quarter of the way through On Stranger Tides

, an adult’s pirate novel by Tim Powers that provided the vague plot for the fourth Pirates of the Caribbean: On Stranger Tides Junior Novel (Junior Novelization)

film, although so far the plot bears no resemblance at all to the film. She also hopes to begin Fifty Shades of Grey: Book One of the Fifty Shades Trilogy

by E.L.James this week after picking up an offer to see what all the fuss is about.

Patricia had to take a break from Chad Orzel’s How to Teach Relativity to Your Dog — she was thinking too hard for the book to be “light reading” and decided to hop on board this month’s GeekMom Book Club selection: Pilgrim of the Sky by GeekMom’s own Natania Barron!  So far it’s been such a fun adventure! This is also the first Kindle download she’s read in about 2 years. Which means she can turn on the white-on-black screen and read late late late into the night, yay!  She will return to How to Teach Relativity to Your Dog in May. 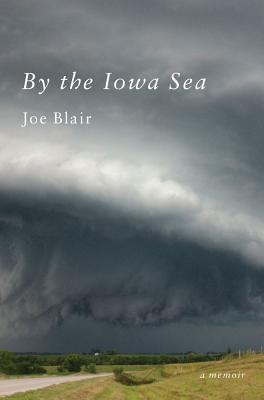 Judy Berna is now addicted to GoodReads and the amazing books it finds for her. Being a fan of non fiction, specifically memoir, having thoughtful suggestions has been a boost to her library list. In the past few weeks she’s read two noteworthy books.

The first, My Lobotomy, by Howard Dully, is the story of a man who, as a 12 year old boy, underwent one of the infamous ice pick lobotomies, performed by the creator of the procedure, Dr. Freeman. The reason? His stepmother didn’t like him and convinced the doctor he was mentally ill. It’s a moving book, told candidly by Mr. Dully himself.

The second book, on a much different note, was a moving story of marriage, disabled children, and a devastating Iowa flood. It’s called By the Iowa Sea, by Joe Blair. The language, description, and writing are beautiful. The anguishing story of how these three forces came together for Mr. Blair, and changed him as a husband and a father, is written so cleanly that it’s very hard to put down. Even if you’re not into memoir, this book is worth a look. You can read sample snippets at joeblairwriter.com.

Chaos Mandy is listening to her all-time favorite fantasy series, The Belgariad by David Eddings, via audio book. Epic and wonderful are both words she would use to describe this five book series that she has read probably 20 times since she found the first book, Pawn of Prophecy, on her father’s bookshelf when she was a teenager.

Kristen Rutherford just finished The Hunger Games trilogy by Suzanne Collins, and wasn’t sure if she should start the Steve Jobs biography by Walter Isaacson or dive into Haruki Murakami’s 1Q84. Jobs won in the end.

Laura, despite her best intentions to read lighter fare, adores the insights in A Paradise Built in Hell: The Extraordinary Communities That Arise in Disaster

. It describes how communities react to tragedies of all kinds. People commonly show altruism, innovation, solidarity, and yes, joy–calling us to rethink our perceptions of humanity as selfish and violent when facing trouble. This is the perfect book to renew sagging optimism. Another less-than-jaunty book she recommends is Deep Survival: Who Lives, Who Dies, and Why

. Bought it as a potential gift for a high-risk loved one, Laura realized that it’s relevant to any of us who might wander off the trail or find our plane going down. The stories reconfirm what it means to live through our ordinary days as well, that it’s not all about the plan and who thrives isn’t necessarily the expert but the one who can adapt and even deepen into greater awareness of the moment at hand.

This month Kelly Knox happened across a picture book at the library called Wonder Woman: The Story of the Amazon Princess by Ralph Cosentino. Her daughter let out a squeal of delight when she saw the cover, so of course they had to check it out. This picture book tells the origin story of Wonder Woman with bold illustrations and simple words for young readers. Some of the concepts are over Kelly’s three-year-old’s head, like Greek gods and a baby fashioned out of clay, but it’s possible to skim over those parts and she’s none the wiser. She asked, “Why does Wonder Woman have an invisible jet, Mom?” “Right?!” Kelly answered. Kelly considers this book a great read for young superhero fans, and she recommends it for any young comic book reader. Batman and Superman picture books are also available from the same author. 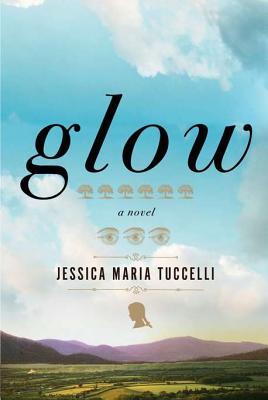 Kris Bordessa seems to be reading multigenerational novels this month. Glow: A Novel

by Jessica Maria Tuccelli is one of the most interesting books she’sread lately, speaking linguistically. The novel takes the reader from Washington, D.C. on the brink of World War II to the antebellum south, complete with slavery, hoodoo, and love. As the setting changes, so too does the dialogue, lending an authenticity to each of the characters as they are woven into the complex lineage of Ella McGee. Another story cascading through generations of rich and downtrodden, Fox’s Earth

, another book by the author. Fox’s Earth is again set in the south but is tinged with evil and a little bit of insanity couched in proper genteel society.

Melissa Wiley’s garden-lit rabbit trail has taken her to No One Gardens Alone, a delightful biography of Elizabeth Lawrence by Emily Herring Wilson. She has also been on a bit of a Miss Read jag lately, enjoying the quiet charms of Village School and Thrush Green. These mellow novels offer a glimpse of mid-twentieth-century English village life that has been a perfect match for the beloved children’s series Melissa has had the pleasure of introducing to her brand-new six-year-old this month: Jill Barklem’s Brambly Hedge. 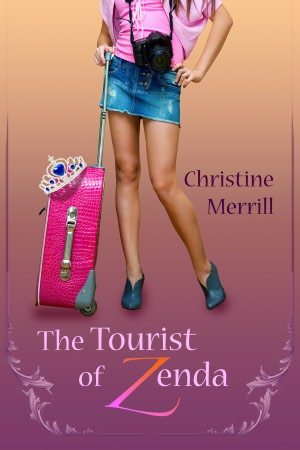 Corrina Lawson spent a lovely hour waiting for a flight home last week reading The Tourist of Zenda by Christine Merrill, a fun, romantic take on identity switch classic, The Prisoner of Zenda. In order to catch up on her history while waiting for the next season of Spartacus, she’s also reading The Spartacus War by Barry Strauss, a readable history of the conflict between the former slaves and the Roman Republic. It’s fascinating because Strauss clearly identifies what were contemporary reports versus reports years after the rebellion ended.

Helene has spent the last month reading more then ever before. She attributes the new love of reading to her Kindle Touch. After finishing The Hunger Games

last month, she finished the trilogy with Catching Fire

. She liked all of them, although the first is by far her favorite. In search of a new book to suck her in, she started reading Outlander

. She was so glad a friend recommended it, because it is the perfect mix of history, romance, mystery, and adventure. The book gets her back to the gym for at least an hour each morning.

We’d love to know what you’re reading. Feel free to add a bit about it in the comments section so we can all have equally precarious stacks of books on the “to be read” pile. 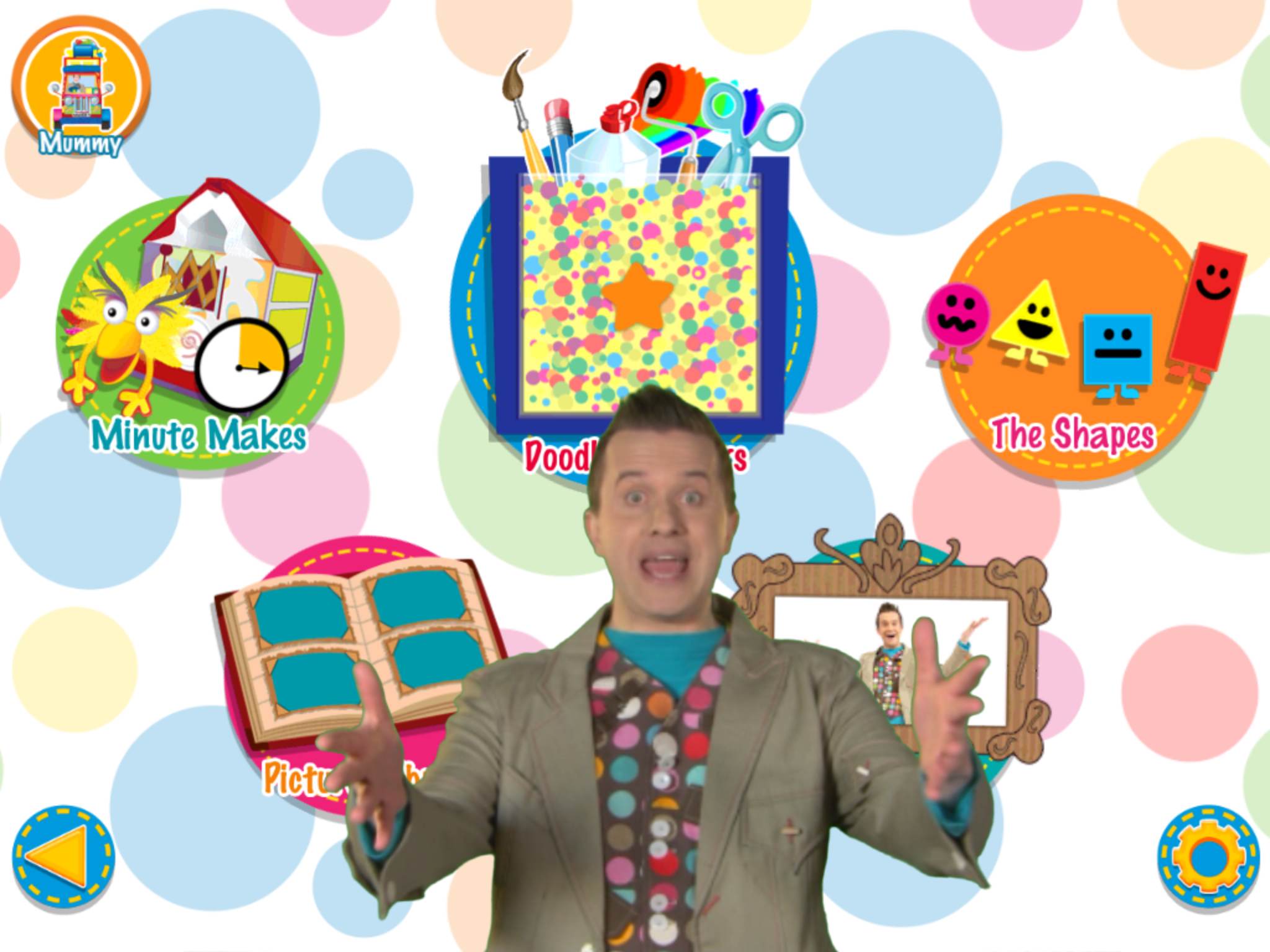 Let’s Make It With the Mister Maker App

What to Do With All the Candy?!

5 thoughts on “Between the Bookends at GeekMom”