Neil deGrasse Tyson is one of the very few people smart enough, knowledgeable enough, charming enough, and, yes, famous enough that he might just be the best spokesperson for science alive. He’s certainly the best spokesperson for American space exploration, a subject that has never needed advocates more than it does today. I recently had the chance to talk with Dr. Tyson about these matters and much more.

In Tyson’s new book, Space Chronicles: Facing the Ultimate Frontier, he argues better than anyone I’ve seen why it’s a tragedy that the United States has no current vehicle for space exploration and only flimsy, unfunded plans for its future. As he wrote on Twitter when Atlantis launched on the Space Shuttle program’s final mission last year, the only sad part about that program ending was the lack of a replacement — we lost our momentum, and without serious government investment, we can’t get it back. The purpose behind Space Chronicles — and behind much of what Tyson does — is to get the general public excited about space exploration, because, as he convincingly argues, without public clamor the government isn’t going to invest money and people in it. And of course we no longer have a Cold War driving our space program’s progress the way we did in the 1960s, when NASA took less than a decade to go from sending a man on a 15-minute suborbital space flight to landing two men on the Moon.

I highly recommend Space Chronicles, which retails for $26.95 but which Amazon is selling for $16.49. And please take the time to listen to my interview with Dr. Tyson (who is, incidentally, a geek dad) — I really enjoyed speaking with him, and I think you’ll enjoy listening (to him, anyway).

The interview has been published on our GeekDads podcast feed. You can subscribe to the podcast in iTunes, or subscribe directly with this RSS feed.

You can download or listen to the MP3 of the interview.

Game of Thrones of Muppets 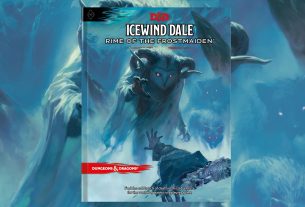