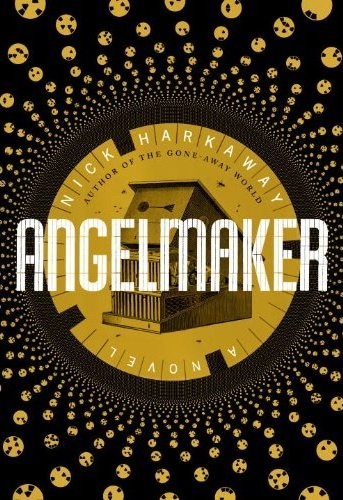 Because I read so many middle grade and young adult books, sometimes I forget how transfixing it can be to read really great writing. That’s not to say that kids’ books aren’t well-written: in fact, many of them can give much adult fiction a run for its money, and they’re generally much more enjoyable to read aloud than things written for adults. On occasion, though, I come across books which are simply filled with sentences that are so well-crafted that I want to savor them. I re-read sentences, sometimes out loud, because they’re so enjoyable. A lot of books are fun to read for the plot; a smaller percentage display this artful mastery of the language. And precious few manage to do both.

Angelmaker, the second novel by British writer Nick Harkaway, falls into that last category. Harkaway plays the English language like a mad virtuoso: he hits all the right notes but isn’t above throwing in a bit of ornamentation and jazzing things up. I wondered several times, while reading Angelmaker, whether there are places in the world where people actually talk the way Harkaway writes, outside of movies and British novels. I certainly don’t. My speech is plainer than my writing — and if you’ve been reading my posts for long you can tell my writing is pretty unsophisticated. If you appreciate a well-constructed sentence and have a thing for fast-talking British muckety-mucks, then you should read Angelmaker for the writing alone.

Ideally I could just convince you to read the book without telling you anything about the plot (which is extraordinary), risking spoilers and giving away bits and pieces that you shouldn’t know going into it. I should warn you: the book isn’t for the squeamish (or for kids). There’s strong language, sex, and a lot of violence, some of it quite gruesome. Angelmaker is like a Quentin Tarantino movie written by Neil Gaiman: larger-than-life characters, dry British humor, a heavy dose of the weird, and a bit macabre; horrendous things wrapped up in gorgeous language. It’s also a great, action-packed book that doesn’t treat the reader like an idiot. Harkaway alludes to things and then goes off in some other direction, eventually circling back around to connect the dots. If you’re not paying attention, you’ll miss things like that, and I found myself often flipping back to see what was said about a particular subject or person or location earlier in the book.

If that’s enough for you, go pre-order the book now (it’s available March 20) and skip the rest. If you need a little more convincing, keep reading.

Harkaway does an excellent job of giving each character (some of whom you can see in the book trailer above) a unique voice. Joe Spork, the protagonist, is the son of a gangster and grandson of a horologist. He’s chosen to turn his back on his father’s life of crime in favor of the quiet, law-abiding life — for what little good it does him. Then there’s Edie Banister, a ninety-year-old (not an octogenarian, as the trailer says) superspy who puts Jason Bourne to shame, armed with a huge revolver and her one-toothed pug, Bastion. Various figures from shadowy agencies make an appearance, too. You know the sort: those people who can make people disappear, cover up situations, appease the police. And then there’s Shem Shem Tsien, one of the creepiest villains you’ll encounter: “handsome devil” is a pretty apt description.

Joe Spork just wants to keep his head down and run his shop. He repairs things, works on clocks and other mechanical devices, and pays his taxes. But then, thanks to an under-the-table side job proposed by the unscrupulous Billy Friend, he finds himself caught up in events outside of his control. Colorful characters show up at his doorstep, searching for things he no longer has, asking questions he cannot answer, and Joe is drafted into a war in which he has no idea who the “good guys” are. There’s a 1950s doomsday device, an order of black-shrouded monks with unknown designs, and something about clockwork bees.

Throughout the book, Joe is pulled back and forth between his father and grandfather, wanting to do the “right” thing but discovering that the world no rewards him for following the rules. Meanwhile, Edie’s portion of the story jumps back and forth between the present day and the past, playing out her secret origins and history with Shem Shem Tsien. The various threads of the story interweave to form a complete picture, but you’ll follow the separate strands of the story for a while before they come together.

Angelmaker will certainly make it on my short list of best adult fiction for the year (which, perhaps, would be more convincing if I read more adult fiction, but it is an impressive book regardless). At nearly 500 pages, it’s hefty and densely packed, so it took me a while to read — this is not the sort of book I zip through, despite wanting to know what happens next. It’s the sort of book you want to let steep in your brain a bit before you take another taste.

Harkaway also has available a short story about Edie Banister, Edie Investigates, currently available for Kindle for $1.99. Really I’d suggest reading it after the book, because letting the character of Edie slowly unfold in the book is such fun, but the short story gives you a taste of Harkaway’s writing and could be used as an appetizer while you wait for the book’s release. Also included in the ebook is an excerpt of Angelmaker, so I suppose that works. (And on the Amazon page you can read the first page of the story for free.)

I’ve now moved Harkaway’s first novel, The Gone-Away World, several spaces up my reading list, and I can’t wait to see what he comes up with next.

Disclosure: GeekDad received an advance reader copy of this book for review. 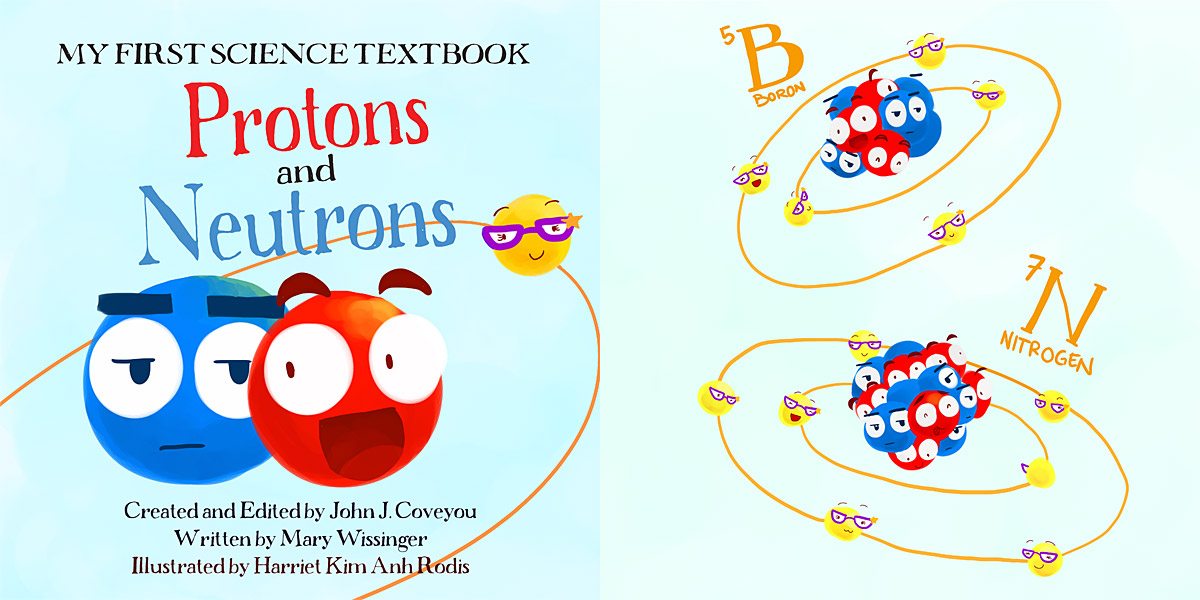 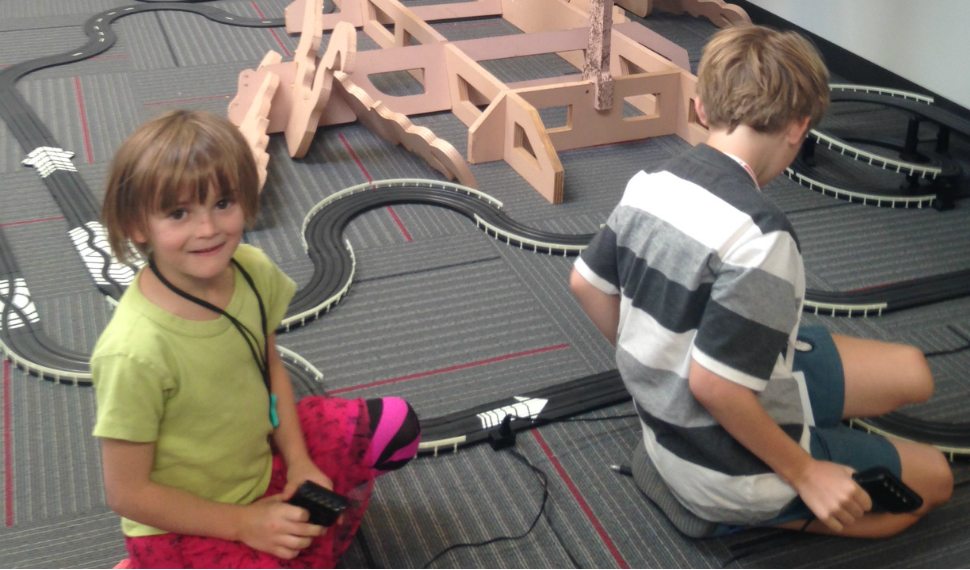