The end of the new Star Wars Volkswagen ad, set in our beloved cantina. Nooooo!

I was excited as the next Star Wars fan to get a sneak peek this week of the new “The Dog Strikes Back” Volkswagen ad that’s set to debut at the Super Bowl. Like the big hit of last year, “The Force,” a clever ad that featured a Darth Vader-dressed kid frustrated when his Dark Side powers don’t work (until Dad makes his day by starting up the family’s VW Passat with his remote), I was thrilled to see how my beloved Star Wars franchise might be subtly referenced this year.

So when I watched till the end of 2012′s entry (and yes, you have to watch till the end), to the moment where the pumped-up-dog-chasing-the-car commercial suddenly cuts to a replica Mos Eisley cantina from Star Wars: Episode IV – A New Hope, I chuckled to myself at the whole world-warping, reality-fantasy meta-joke Madison Avenue is playing on us. “Oh, those funny ad folks,” I thought to myself. “Oh, that George Lucas (or, minions of George Lucas).” I felt that surge of geeky glee that only a fan can feel when all of his or her buttons are being pushed, tweaked and twiddled.

But then I thought, “No. Wait a minute. This is horrible.”

George Lucas, I didn’t think you could sell out any further. But you did. For while a mash-up can be fun, playful and ironic, the idea of erecting billboards inside our cinematic fantasies goes too far. Get your stinking paws off my memories, you damned dirty Mad Men!

I know. I overreact. But here’s the thing. I don’t generally object to companies merchandizing the heck out of every Lego, Halloween costume and Happy (or Sad) Meal. Go to town, I say. Clone away. Even if it’s clear that Lucas will try anything to suck every gazillion from his seemingly bottomless IP, I liked the kid-as-Darth-Vader ad. Harmless, right? I liked the new “teaser” ad featuring dogs barking out the tune of the Imperial Death March, aka “the Bark Side.” (Yes, it’s ridiculous that we now have ads that tease ads that are going to be featured at the Super Bowl — a fact made more ironic when, in fact, the ads are leaked a week in advance, so the whole point of watching the Super Bowl to see new ads has become moot. But I digress.) And I’m even cool with the recent cartoon ad of Yoda and Darth Maul shilling for Brisk iced tea. So cute!

A still from the Yoda and Darth Maul Brisk iced tea commercial. Cute.

I don’t even mind (too much) that Volkswagens and iced tea have absolutely nothing to do with anything in the Star Wars universe. Sure, if there was a real beverage company like Pepsi that wanted to market, say, that weird blue-green liquid, “Bantha milk” that Luke, Aunt Beru and Uncle Owen are drinking in Episode IV, then a cute commercial with Darth Maul and Yoda battling next to a giant soda machine and Bantha Milk spilling all over poor Darth Maul would make more sense. Not like that’s going to happen. (“Hello Lucasfilm? I’ve got this great new idea for a sports drink. It’s got caffeine. And ginkgo biloba. And BLUE MILK … Hello? Hello?”)

Back to the VW ad. Here’s my gripe. It’s one thing to see a cute kid dressed like Vader trying out his evil powers in the real world. Or a choir of dogs barking Star Wars theme music in the real world. But what is not cool is to remake a scene from a beloved movie — down to every eerie detail and character — and have those characters and scenes and places exist fully in the fantasy world — in this case, the cantina — in order to sell us a real-world product. A flipping car.

Certain lines should not be crossed. Check out this new commercial. The dog chasing the car ends, and we pull back from that “real world” to see that, in fact, we’ve been watching the ad on a TV screen in a “fantasy world,” in the Mos Eisley cantina (which, if you recall, unlike every drinking establishment in America, did not have TV screens above the bar). You see the weird guy with the deformed face, the same one who antagonizes Luke with the line “I don’t like you,” and brags that he has a “death sentence on twelve systems.” (Turns out his character’s name is Doctor Cornelius Evazan. I love the Internet.) There’s the “Walrusman” (aka Ponda Baba), whose face looks half-fly, half-baboon butt. We see old “Hammerhead” (remember him?), and the white-furred, yeti-like “Muftak” with the straw-like probosis, and a other key favorite cantina-dwellers. We even get a glimpse of those big-brained, swinging alien band mates, Figrin D’an and the Modal Nodes, and hear their musical “cantina theme” number. The production values are as good, if not better, than the 1977 original. Cool … or creepy?

Then, Doctor Cornelius Evazan and the generic pilot guy next to him argue over which ad is better, the Vader kid or the dog. “Danger, danger,” you think.

"The dog is funnier than the Vader kid." Vader disagrees.

Then enters Darth Vader, into the cantina (where, incidentally, in the real Star Wars, he never once set foot). Not a fake Darth Vader. Not a kid dressed up like Darth Vader. Not a cartoon Vader. For all intents and purposes, he IS Darth Vader. Real. He’s even got the heavy scuba-like breathing. And he’s in the “real” cantina. It’s your cantina, remember, as much as it is Lucas’s.

Vader’s makes his psionic choke move on the Doctor. All is quiet except the gurgling sound of him gasping. The music stops. The argument ends, and Vader releases the Doctor from his death grip. Then we get the happy Volkswagen logo, and the cantina returns to normal.

Mr. Lucas, you’ve disappointed me for the last time. Once again.

Don’t get me wrong. I love fan films. Chad Vader: Day Shift Manager is wonderful, as is the recent crowd-sourced Star Wars remake project. These are homages. Love letters. Testimonials. They are fun, and making fun, as a way to honor how much Star Wars and the Lucas creation has influenced and warped and informed us all. But they aren’t ads. They don’t exist to sell a product. And they don’t attempt to recreate, and then wreck, a sacred memory of a place we’ve all seen in a movie and inhabited in our imaginations and now see in our mind’s eyes. What I call “memory-places.”

Yes, I know these are fantasy places, but they are real places in many of our hearts and minds. Is there nothing sacred anymore? Must everything be reduced to selling things?

It’s a bitter pill to swallow, especially when the lesson of Star Wars always was that material things did not matter? That the Force, that belief and hope mattered, not new automobiles?

I object to this travesty, in the same way I would object to a car ad for a Range Rover featuring Elijah Wood and Sean Astin driving across New Zealand in hobbit regalia to destroy the Ring of Power. In the same way I would draw the line at a commercial showing a perfect replica of the bridge of the Starship Enterprise, only so that Kirk, McCoy and Spock could hawk the benefits of a laxative or anti-depressant. Or how about an ad chock with every beloved actor from the Harry Potter movies — Daniel Radcliffe, Emma Watson, Rupert Grint, Alan Rickman, etc. — all dancing and singing to promote Glee? Or insert your favorite world and fictional characters selling any ridiculous consumer product. You get my point.

[Even more insidious? When Greenpeace made a spoof of Volkswagen’s Darth Vader ad last year, using Star Wars characters to call into question Volkswagen’s environmental credentials, Lucasfilm tried to quash the film and get it pulled from YouTube. Talk about hypocrisy. You can still see the ad. Check out the Death Star emblazoned with the VW logo.]

Marketers, you’re my only hope. It’s OK to wink at, nod to, and reference your lucrative IPs. I’ll give you that. But a little goes a long way. Please don’t trick us. Please don’t reproduce our realms, our imagination, our memory-places, for the sole purpose of setting up a kiosk and selling your products in them. Please don’t painstakingly re-create the lands I inhabited so you can drive your VW Passats across them. So you can toss Happy Meal tchotchkes from the windows as you speed across Tatooine, The Shire and all the memory-places in between. Please, keep your paws off my fantasy worlds.

Note: Please check out Matt Blum’s counterpoint to this article. 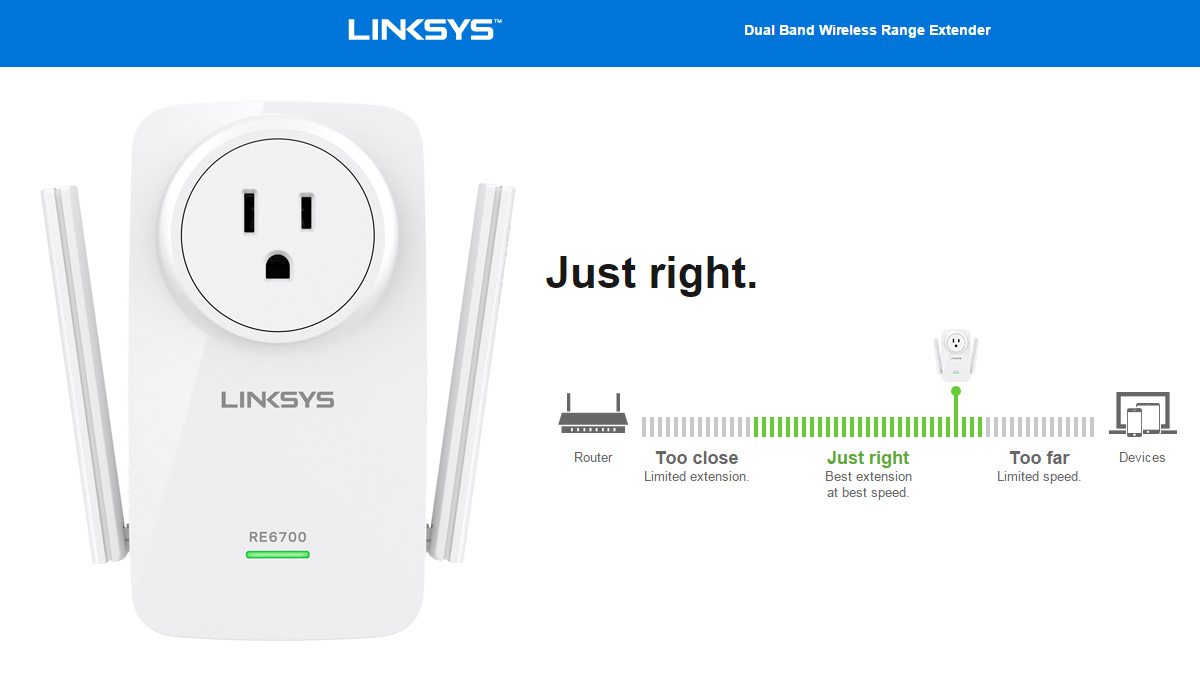 Strollerwalking: Great Excursions For Parents With Kids On Wheels