Anne Rice is probably best know for The Vampire Chronicles series which drew legions of fans into the realm of vampires and demons and things that go bump in the night. Her vampires do not sparkle, nor pretend to be teenagers. They roam the earth killing where they see fit, sometimes the vilest of humans, other times the most innocent. Their stories are tales of vampires as blood-sucking monsters, but they are also tales of what it means to be human.

Rice’s vampires are creatures of thought and intellect who strive to understand their place in a human world. This is what drew me to her novels, which were the first horror or dark fiction novels I ever willingly read. I read Dracula in high school, but that was only for a grade and I did not enjoy the book at the time. The genre did not appeal to me in the least, until I saw the movie, Interview with the Vampire. Seeing those vampires, those sad, desperate, incredibly powerful creatures, struggling with their own sense of morality in a human world, instantly made me want to read the books.

After reading The Vampire Chronicles, I quickly moved on to Lives of The Mayfair Witches and was rewarded again with stories of the supernatural steeped in the conflict of how creatures so far removed from us in power and ability can still live with us and try to maintain a sense of human morality. They are more than just witches, vampires or demons. They are almost human in their struggles, and painful to watch as their tragedies unfold and embrace humans both willingly and by accident.

When Rice released Christ the Lord: Out of Egypt in 2005 it marked a significant change in her writing. Gone were the Gothic settings and supernatural characters of her prior novels only to be replaced with decidedly religious fare. Rice had renounced her ties to the Catholic church as a teenager, and only as an adult in 1998 did she return to the Church. At about the same time she experienced two nearly fatal medical scares and announced that she would be devoting all her future work to promoting her beliefs in God and Christianity. Although many fans embraced these changes, many longed for the rich supernatural stories of her earlier years.

Religion and morality have always had a prominent place in Rice’s works. Even with her changing views, the importance of religion in her life is clear in her writing. Through the stories, the images, the settings, even the music her characters hear and love, Rice has continually explored her spiritual beliefs through her work. Now, after embracing the Catholic Church she once denounced, Rice has again parted ways with the Church and written a new novel, The Wolf Gift, that returns to the style of her earlier works.

The Wolf Gift takes place in present day California in large part on the estate of a beautiful mansion overlooking the Pacific and nestled among giant redwoods. This house, and how it almost becomes a character in the story, is reminiscent of the mansion see in Lives of the Mayfair Witches. Exploring it and finding his way through a new and completely unfamiliar life is young Reuben, a local newspaper reporter. A visit to the estate turns sour when he and his host are attacked in the the middle of the night and Reuben is bitten and given the wolf gift.

At first unaware that it was anything other than an animal, some creature from within the redwoods, Reuben tries to return to his life only to quickly realize that his life is no longer his own. He must come to understand, and hopefully control the werewolf that hides within him and uncover the mystery that surrounds the mansion.

Rice explores a new supernatural world with the werewolves, but with the familiar themes of her past novels. There are mysteries hidden with the mansion, within its walls and contents, and Reuben must understand them if he hopes to save himself and the woman he loves. All this while struggling to understand the werewolf, to embrace what it is without giving up completely his human self.

For those who long for a return to the “old” Anne Rice, this is novel is for you. It has the moral dilemmas and personal struggles of her early stories combined with the supernatural elements that marked those works. The werewolves are a wonderful new creature in her supernatural world. And, although having a definite conclusion, the story leaves enough questions unanswered and characters undeveloped for the possibility of this single novel becoming the start of a fantastic series.

If you are a fan of Anne Rice’s earlier work and have been longing for more of her wonderfully detailed supernatural stories, then pick up a copy of The Wolf Gift when it hits stores on February 14th and immerse yourself in a delicious new world.

A copy of this book was provided for review. 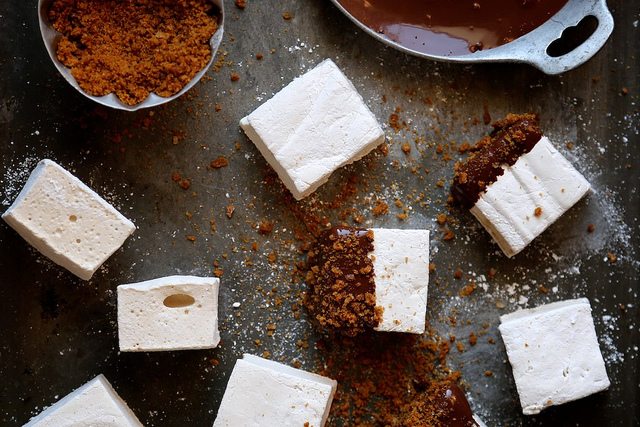 5 Fixes For The Crazy Busy Syndrome

1 thought on “Review: The Wolf Gift by Anne Rice”