Maybe you’re tired of combat oriented role-playing games or you want something a little less violent that you can share with your kids? Maybe you’ve been hearing a lot about “indie games” and you’re looking for a way to test the waters?

Whatever the case, Flatpack: Fix the Future is an independent game you should really check out. Labeled an “optimistic apocalyptic RPG,” it’s all about kids fixing up a wrecked-out future by exploring and bringing back useful items to their tunnel homes. The game is, at its core, about brightening the post-apocalyptic corner where your characters are, and you do this through storytelling, puzzles, brainteasers, and world-building.

Players take on the roles of children called WRENCHes, named after the traits that make up each character: Wiles, Resourcefulness, Ego, Nostalgia, Curiosity, and Hope. During their explorations, the players may stumble across the Flatpack Instant Buildings, which they can immediately send back to their tunnels for construction. One player serves as the Troublemaker, a game master who presents obstacles and encounters for the WRENCHes to overcome.

Character generation is a snap. Two traits are Positive, two are Neutral, and two are Negative. Pick something your WRENCH was known for in the tunnels: did you fix a piece of old technology or protect someone from a group of bullies? This is the thing that called you to the attention of the elders, who have now entrusted you with your mission. Then, after a quick round of Two Truths and a Lie with your fellow players, you’re ready to leave the tunnels and start exploring.

The sample mission, Yes, but is it Art?, available for download for free at DriveThruRPG, has everything you need to give the game a test drive. The PDF contains a simplified version of the game’s rules, but I found the text and the layout of the PDF a little disorganized. There were a number of typos and unclear passages, and I had to read through a few times before I could grasp the concepts.

Aside from the basic RPG elements outlined in the demo PDF, the designers of the game, Machine Age Productions, promise rules in the full version for integrating real life puzzles–jigsaw, logic, whatever–with the events in the game world. In addition, constructing the Flatpack Instant Buildings is expanded into a mini-game where the WRENCHes place the buildings onto a gridded map. It sounds delightfully similar to games like SimCity or ActRaiser and I’m looking forward to hearing more about those mechanics.

All in all, Flatpack: Fix the Future is a unique and exciting independent game project. I can honestly say that I’ve never seen a game attempt to scratch all of these itches at once: world-building, area control, role-playing, puzzles. If the designers can combine all of these different mechanics together elegantly, then Flatpack will be a fantastic game. I can’t wait to see how it progresses.

Flatpack: Fix the Future is currently raising money for publication on Kickstarter. If you’re interested in backing it, there are reward tiers from $1 to $150. 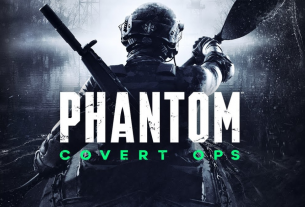