Here in sunny California, 4th grade means learning California history, and a big part of that history are the California Missions. The 21 missions dotting the state, up and down the El Camino Real, were all built between 1769 and 1798, and represent (for good and/or ill) the spread of European (especially Spanish) culture in the west of the United States. The one project nearly every Californian 4th grader has to complete is building a model of one of the missions. This standard has by itself created a small industry. The missions produce educational materials specifically focused on meeting the 4th grade standards, and there are a number of California Mission model kits available for sale in hobby stores and online. However, many schools (including my sons’ own school) are now eschewing the kits, and asking that the student create their models from scratch. 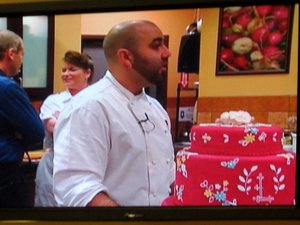 My oldest son is about to go through this only-in-California right of passage, and we were brainstorming how to produce his mission model when inspiration struck. He is a cooking geek. You’re just as likely to find him watching Food Network as cartoons on any given day, and some of his most prized birthday and Christmas presents over the last few years have been high-quality skillets and cooking knives. And one of our favorite shows to watch together as a family is Ace of Cakes, a show about a wildly popular cake chef in Baltimore who creates one-of-a-kind cakes for a wide variety of clients and occasions.

You can probably see where this is going.

Four pound cakes, seven batches of Rice Krispy treats, and a pound of fondant later, a masterpiece was born. The final product, plus construction pictures, video, and other information await in the extended post.

We won’t keep you in suspense if you just want to see the final product. So here, for comparison, is an illustration from the Mission’s website, next to the finished project: 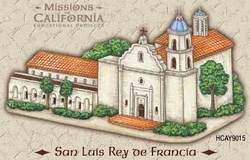 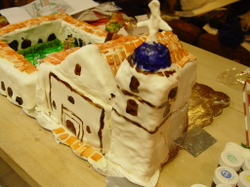 The cake is the second one.

The basic construction includes pound cakes for the body of the church, and Rice Krispy treats for the bell tower, buildings around the courtyard, and other details. Pretty much everything is covered in fondant, a dough-like substance that can be rolled-out thin, and stretched over the parts. Plus, all the faux terra cotta roof tiles are also made from cut fondant.

We started by mixing and baking the major structural elements. 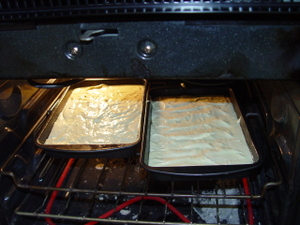 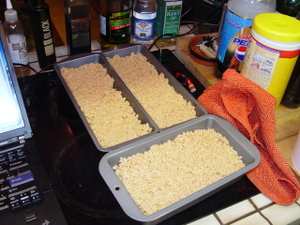 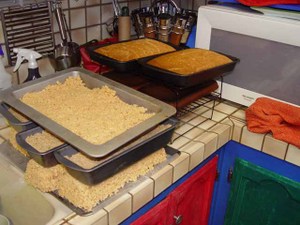 Next, we rolled out some fondant, and cut out all the pieces we’d need for roof tiles. 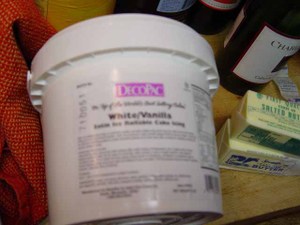 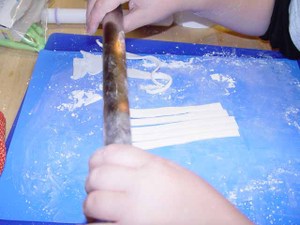 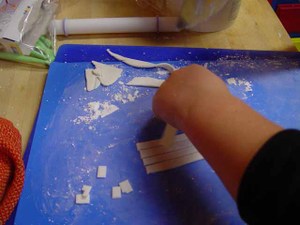 We then took the tile pieces and some of the RK treats to our local bakery, Amia Bakery in Fremont, CA, where they let my son use their air brush to color them. 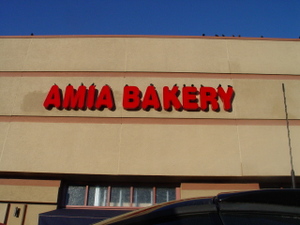 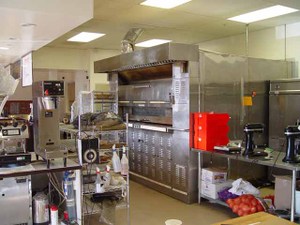 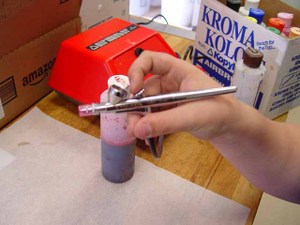 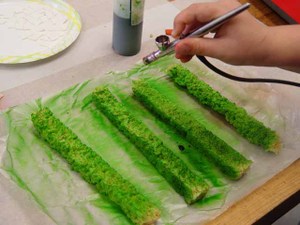 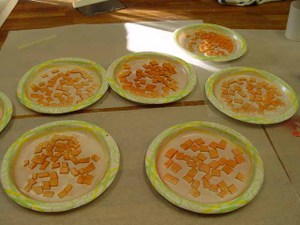 Finally, with everything ready, it was time for assembly:

[This post originally ran in 2008. My son has since made a Hobbit hole, and a Japanese castle in cake form for other student projects.]