I’m writing this from a downtown hotel in Hartford, Connecticut, the largest city near me. With me are my three younger kids and my husband. It has the virtue of being warm and lighted. After a long week without power with only a promise of an end in sight, we’re grateful for that.

We got hit hard by the October snow storm and even after a full week, we’re still without power at my house. We were prepared for three to four days of no heat but not for a full seven days and definitely not the eight plus we’re going on as of Sunday morning.

I’ve read the CDC disaster preparedness instructions, especially after the ice storm a few years ago, and took precautions. I’d thought four days of firewood for our little-used fireplace, plenty of D-Cell batteries and flashlights, an excellent crank/battery-operated radio, and plenty of food on hand, plus water would work for our family. But I quickly had to expand what was needed because that wasn’t nearly enough.

Here’s what I would add, especially for geeky parents:

1. A wireless device that is always connected to the internet.

Our land-lines went out. Our cell phone service was glitchy. Basically, aside from the radio, we had no way to contact anyone about anything or find out information about our situation. And, the first two days, we were blocked in by fallen trees. I’ve never felt so cut off. I didn’t even know where the local storm shelters might be. I finally was able to drive out onto the main road, still strewn with fallen tress and branches, and check at town hall. They indeed had a warming shelter and, whew, a charging station.

I never thought I’d need one, since my land line has always worked. I’m thinking an iPad or other tablet with 3G service as an excellent disaster investment.

2. Car chargers. For as many things as you think you might want when the lights go down.

We had one car charger for the Verizon Blackberry my husband has for work. I didn’t have one for my MacBook or the various Nintendo handhelds that we owned or the other cell phones. This quickly became a problem. Even though I couldn’t do internet on my MacBook, I needed a lot of the information on it, plus it doubled as a DVD player to entertain the kids which ate up power.

Soon as I get my life back, I’m investing in one. And I checked out the prices of the car chargers for the Nintendo DS family: $9.99 at Gamestop. Yeah, we’re getting a few of those, plus a charger for the cell phones.

Fill your gas tanks in the face of an impending storm or, if you have a generator, find a place to store a decent supply of gasoline to power it.

At a certain point, figuring out just how far our cars would go on the gas left in our tanks became a serious consideration. You can’t flee a disaster if you don’t have the gas to power the car the entire way and it was a good two hours to get out of the area hit hardest by our storm. We headed to my mother’s on the morning of day four — I stayed with my three younger kids until Saturday morning — and I was just lucky we had enough gas to get us ninety minutes away where I could refill the tank.

The husband, who stayed behind because his office opened in Hartford, Connecticut, was left waiting the next day in a line of “Carter Administration proportions” to fill up his vehicle to get home. I consider that lucky because so many stations were out.

4. The phone numbers of hotels about ninety minutes from your area in all directions.

When people lose heat or basic functions, so do the local hotels. And those that are smart enough to have generators or lucky enough to be missed, fill up fast. If I’d had a list of hotels and called one the minute power went out last Saturday to book a room for the following day, we might have been able to find a place to stay. As it was, it was impossible until just yesterday, when the southern half of Connecticut largely came online.

We have a chain saw. We’ve used it very little around our house, save to cut down some small brush. And it’s electric.

This does you no good in a storm that knocks out power. On the day after the storm, in the afternoon, the neighbors with gas-powered chain saws took it upon themselves to clear the road way well enough for cars to drive through. Yes, that was awesome. We were trapped in before.

One warning: beware of clearing debris with fallen power lines. They will be dead but they won’t necessarily stay dead. Apparently, the power companies sometimes turn on the power in an area with downed lines without clearing the downed lines first. This boggles my mind, since one would think they’d remove the safety hazard first but there’s even a warning about that on my local power company website. Of course, if you’re without power, you may not be able to read that warning….

The last item is more after-disaster preparedness. I’d suggest having handy the name and address of the officials of your local power company and the local authority that overseas them to vent your frustration about how the heck it could take a week for power company trucks to even arrive in your neighborhood. 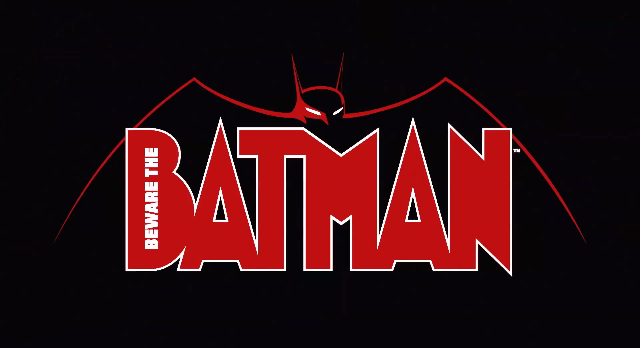