Like Toy Story did for rendered animation, Disneyland Adventures Kinect translates technological potential into creative reality. By doing so, it turns disinterested onlookers in my family into interested participants with a surprisingly human experience.

Kinect, like any new technology, divides opinion. But contrary to much of the debate I’ve heard, the real argument for the hands-free controller is not its innovative infrared grid projection and detection, its impressive technical specs or even its creative real-world uses. No, it’s the magical moments Kinect can create that are the best argument for the controller. It’s gaming theater in which the player is both actor and audience. Disneyland Adventures is the perfect case study of this.

While I’d really enjoyed the prowess of Kinect Sports 2, the novelty of Leedmees and the theatrics of The Gunstringer, my kids still wouldn’t choose these games over their old favorites like Mario Strikers Charged and Just Dance. This was true until now. Disneyland Adventures is the first Kinect game that they want to play as much as I do.

Sure, it doesn’t always work perfectly, and it can be a challenge to get working for the youngest players in our family (age 4). But the kids don’t get frustrated by these slight foibles — which means, neither do I. Disneyland generally does a stalwart job of seeing the player’s gestures (even when they are flailing round with minimal accuracy), and even when it does struggle, my kids are happy to put in a bit more effort to make it work because the game itself has them so enraptured.

Disneyland Adventures is from the people behind the equally ambitious Kinectimals games. It’s no great surprise that it features an electronic version of the Disneyland theme park. What is surprising is the level of detail, and that this is the first Kinect game where you can freely explore an open space — previous adventure games have kept the player on preset rails. To turn, you twist your torso and then simply point forward with one hand to walk in a direction. It’s simple and effective.

Around the park is a host of Disney characters to meet, interact with and collect autographs from, all with simple gestures that even our four-year-old was able to execute. As you explore the world you are given a variety of tasks to complete: meeting people, taking on missions, delivering and collecting items around the park.

The mission elements form a series of chaptered stories, each with a particular play style and Disney theme. The Peter Pan levels, for instance, drop you into his story and teach you to fly around the city rooftops before heading off to Never Never Land. To fly, you just put your hands out like wings, lean to swoop and flap to gain height. Once you make it to Never Never Land, you are tasked with defeating Captain Hook with a playful sword-fight and fireworks battle.

My kids could jump on and play this with very little help or instruction. The youngest, 4, found the park navigation a bit too complicated (and hit and miss in terms of the controller seeing his gestures) but the story games themselves had no problems. He could join his sister, 8, or brother, 7, and hurtle around the London landscape, collecting coins and hidden Mickey tokens as he went.

Perhaps best of all in terms of accessibility are the voice-controlled menus. The hardest part of many Kinect games is picking the level/song/character you want with a precise hand gesture. Disneyland Adventures lets you control nearly all these choices by just saying them out loud. A parent can stay out of sight of the Kinect controller (to avoid confusing it), and use their voice to help a young player pick the option they want. My kids also liked being allowed to shout at the Xbox.

The Kinect controls feel like an improvement over Kinectimals, but it’s the instinctive nature of the required gestures that made the biggest difference for my kids. “It really feels like I’m flying,” my six-year-old explained, arms outstretched and a massive grin on his face.

There is more variety here than other Kinect games we’ve played as well. My daughter relished the chance to dance with the various Disney princess characters. “I think I might faint,” she exclaimed when she first encountered the rhythm action choices; such was her excitement. I could her having a similar reaction to actually being there in the park, which one day I suspect we will do, even though we really aren’t (or don’t like to think of ourselves as) a “Disney” family.

If you are sharp-eyed you might have noticed I’m talking about my four- and six-year-old playing this game when it has a E for Everyone 10+ rating. While it is true that I would normally adhere to this advice, particularly as we are quite sensitive to violence and shooting as a family, here I was happy to compromise. It seems that the rating largely relates to the sword play and cannon sections. While these are indeed quite violent, for us they are playful enough not to represent an issue. Also, it’s interesting that the Disney film of Peter Pan contains just as much physical contact, but is rated G.

I wouldn’t normally draw these sorts of comparisons but find myself doing this here because Disneyland Adventures is such a filmlike experience. The visuals move seamlessly from cut scenes to player-controlled action that you really do feel like you are controlling a movie. This is underlined by an orchestral score that swells and crescendos perfectly in time with the action.

With so much to do in Disneyland Adventures — collecting autographs, completing missions and following stories — it looks like this will be dominating our family game time up to Christmas and beyond. If you are looking for a reason to buy a Kinect, this is it. If you have bought Kinect and not got the most out of it with your family, Disneyland Adventures is the game you have been waiting for. 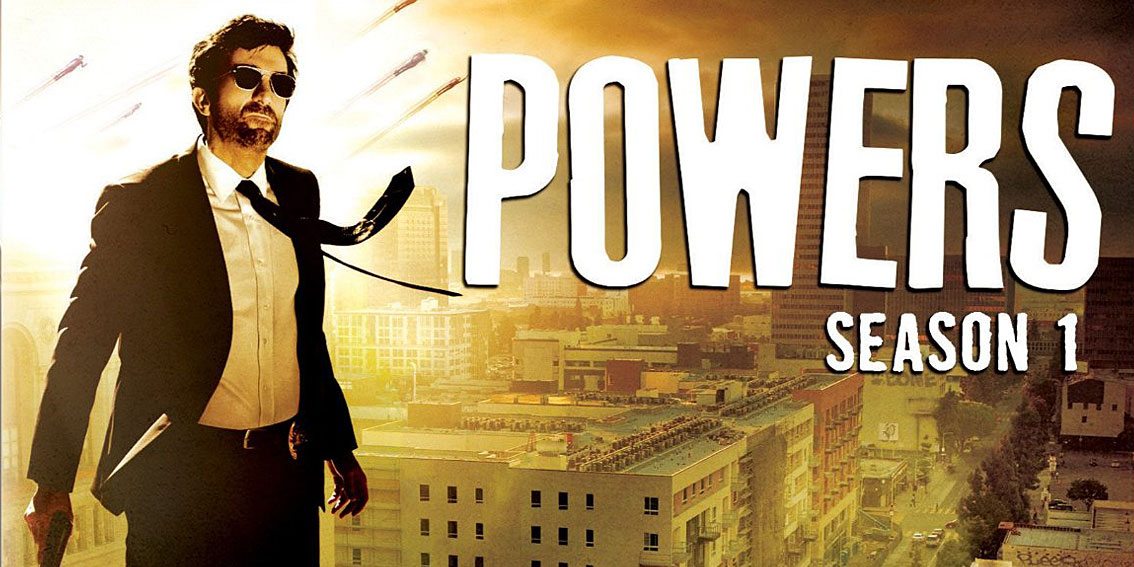 'Powers' Comes to Blu-Ray and DVD

Meet The Contestants of SpinTunes 4, Including GeekMom Rebecca Angel. Learn About The First Challenge