A few weeks back, I got a smart phone. I was pretty happy with my regular cell phone which got texts, pictures, and calls. I never had a need for one, until I had gotten a voicemail from my now new employer who said, “I left you a voice mail and also sent you an email thinking you’d get it faster on your phone.”

Do you know the feeling when your stomach drops out of your abdomen and onto your shoes? Yeah, that one. I had it.

I sheepishly replied, “I don’t have one of those phones…”

I had always wanted a phone like that, but didn’t think it was for me. I mean, I wasn’t a big technology kind of girl. I like somethings to be updated and new (like my makeup, holla!) but phones? As long as people can get to me and I can call 911 in an emergency, I was good. I pondered for a while if I wanted one or if I needed one. I couldn’t truly decide between the two, so I said, “What the heck?” I bit the bullet.

I love this phone. I got a certified pre-owned Samsung Fascinate i5oo Galaxy class. It is a sweet machine. It’s one of those situations where you say you don’t ever need a phone with all the geegaws and doodads, and then when you get one you’re saying, “Oh my god, how did I ever LIVE without this phone?” I’m a believer. One of the amazing things on it is the camera. I started clicking pictures right away. One of the first ones was this, my Nate after Hurricane Irene:

Trish is a graphic artist. She sends me this a few minutes later..

I’m new to the Dr. Who phenomenon. I remember my father watching Dr. Who back in the late 70’s. I know, you’re probably all saying, “WHAT?! Mr. D watched Dr. Who?!?” Well…he probably didn’t LIKE it (as he wasn’t much fond of anything), but it was right before Wild Kingdom, so he’d watch it anyway..
I didn’t like it when I was a kid because the beginning and ending music truly freaked out my 7 year old brain.

Now, with my best friend a devout Whovian, I have been sucked into the phenomena which is the TARDIS. The storylines are great, the characters are quirky, but very smart and engaging. The costumes/monsters/sets are not all CGI, which is so rare. It’s like the old days of Jim Henson and Industrial Light and Magic where you have to use your hands to build something lifelike. I appreciate all the effort and crafting that goes into this series. I know I’m late to the game, but I am a convert. I’m a little behind on my watching, so pardon me as I stuff my face full of Jelly Babies, Fish Sticks and Custard and get all Wibbly Wobbly as I transverse the Universe. 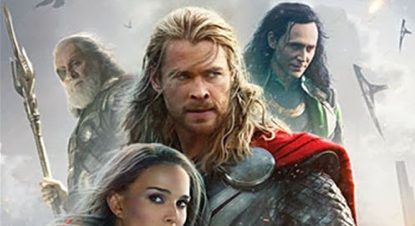 Juggling Being A Mom While Keeping Your Own Identity