In this month’s Comic Book Corner, Shiri continues to watch as the Marvel Universe unravels during Civil War II, Beth reminisces thanks to the return of Bloom County and a heavy dose of nostalgia from Dirk Gently, and Sophie catches up with teenage Mulder and Scully in The X-Files: Origins.

Things have been rough for Tony Stark this year and it’s only partially his fault. Doing the right thing as concerns predictive justice has taken its toll, resulting in the death of Stark’s best friend, the near collapse of his company, the fracturing of his super-team, and an ugly war with Carol Danvers. Instead of allowing things to get more out of control, however, Tony makes the choice to go to an AA meeting.

His regular meeting is one he has historically shared with Carol and, out of respect for her likely need to attend as well, he finds a different one. A few minutes in, Carol arrives, having tried to do right by Tony, who the reader is reminded is her sponsor. What follows is an absolutely heartbreaking conversation between the two about James Rhodes, about Bruce Banner, about how close they once were, about how much they still respect one another. About how now, they can never go back. This is an amazing issue, light on the action scenes but touching and sad and deep in every other way. Shiri can’t recommend it highly enough.

This issue of Spider-Woman is one of most excellent depictions of work/life balance Shiri has seen in a while and she’s planning on following Jessica Drew’s example: work time is work time, time off is time off. Superhero, nurse, writer, whatever it is one does, especially if one is also a parent, she is constantly pulled in a thousand directions simultaneously.

Jessica has resolved this issue by changing her view of superheroing from lifestyle to career from which she can take a vacation to spend uninterrupted time with her son. This isn’t to say she’s leaving her patch unprotected: Roger is on call for her and when he has to go deal with Sandman, she takes over watching his daughter. Shiri is really digging the reexamination of superheroics and can’t help but notice that Jess seems a lot happier than either Tony or Carol at the moment.

A new Jessica Jones run from the man himself and if the first issue is any indication, it’s going to be relentlessly brutal. The issue begins with Jessica being released from prison – what she did to end up there readers don’t yet know – and returning to Alias Investigations, only to be confronted by a cavalcade of superheroes-turned PI (including Misty, who really doesn’t like Jessica, and Jessica Drew) demanding to know what’s happened to Jessica and Luke’s daughter.

Last we saw the wee one (see Power Man and Iron Fist… um, I think it was #6/#7) Jessica was, at Luke’s urging, taking the kiddo out of the city for the latter’s safety while Luke tried to bust Danny out of prison. Jessica came back; the baby didn’t and Jessica won’t tell Luke where she is or even if she’s still alive. Buckle up, guys.

The kids have had it with the adult’s Civil War and they’re not going to take it anymore.

Shocked and shattered after witnessing the death of Bruce Banner and Carol’s near arrest of Miles for something he hasn’t done yet, tired of wreaking (albeit sometimes necessary) destruction and leaving the cleanup to others, Kamala quits the Avengers. She calls Miles and Sam (Nova) who left the team before she did and propose they continue hero-ing on their own. The trio joins Amadeus Cho, the new Hulk, in saving a group of trapped miners, after which they recruit Viv Vision and break up a human trafficking ring. Feeling they’re finally doing the good they’re meant to do, the kids decide to form a more permanent team: The Champions.

Shiri adores this book already for the agency it gives kids, for the ways in which it demonstrates to them they can make a difference (with or without super powers). For the ways in which it shows them taking on leadership roles and working together, doing really good while their mentors squabble over ideology. The kids are the real Marvel heroes right now and they deserve the title.

Of course, Dirk Gently’s Holistic Detective Agency: A Spoon Too Short isn’t by Adams himself. He is still heartily missed by every fan. But Arvind Ethan David and Ilias Kyriazis do him proud, especially with some lovely Easter eggs in the beginning like Adams’ portrait on the desk and the Tom Baker-era Doctor Who playset in the treehouse. Of course, there are many more, but they are more fun to find on your own.

This story starts with a family hospitalized after they all lose their ability to communicate, and soon Dirk is solving the case by avoiding clues and traveling to Africa. He teams up with people tracking down wildlife poachers, and David stays true to Adams’ style by giving voice to the black rhinos and an elephant. Turns out alien thrill-seeking voice poachers are easier to catch than the rat scum behind rhino poaching, a fact even Dirk can admit out loud. Adams would have been pleased to see his characters bring the problem of rhino poaching to light, and doing it in a way to entertain as well as inform. This was nostalgic and modern and sweet and frustrating and Beth hopes to see more Dirk Gently adventures in the future.

Bloom County is back! Beth completely devoured Bloom County in the 1980s like a monster in Binkley’s anxiety closet binging on the news. When that first new Bloom County strip appeared on Facebook a couple of years ago, fans were overjoyed that Berkeley Breathed had brought back all the favorites: Opus, Bill the Cat, even Milo and Binkley and Oliver and Steve Dallas, once again making fun of politics and culture on a near-daily basis.

This collection brings the non-connected Luddites up to speed, and adds a lovely introduction by Breathed on why he started the strip up again. Turns out Harper Lee was a huge fan and wrote him sweet letters about his creations, especially Opus. He lamented that she never got the chance to see him bring Opus to life again, but it seems that he’s truly having fun as the beloved Grand Poobah of Tweaking Society’s Nose. The gang has been taking on all comers, from George Lucas to the Presidential candidates to families who can’t put down their phones long enough to avoid being eaten by a Western Reticulated Snorklewacker. Fans have even discovered Steve Dallas’ softer side, an alter ego called Sith Lord Sexypants who brings joy to a hospitalized child who has cancer. Sometimes the onion fairies make everyone tear up a bit, but that’s because the comic is real, heartfelt and funny.

If you remember Bloom County from decades ago, go buy the collection and bathe within its Fountain of Youth, because you’ll feel about 20 years younger. If Bloom County is new to you, jump in and learn how to laugh at fear, trouble, and the craziness of life itself.

Issue three of The X-Files: Origins begins to tie together the two separate Origins stories, linking them by their conspiracies which appear now to have the same military group at their hearts. While Sophie is interested to see how deep this connection goes, she does hope the stories remains distinct and don’t somehow result in teenage Mulder and Scully meeting. Having one of the minor characters from Mulder’s story show up in Scully’s, now several years older and a “wreck” compared to how we have seen him so far, is a clever move and she hopes the two stories are able to build on what could be a promising twist.

For Sophie, Scully’s story is the definite stand out from this book. It is in her story that we really make progress with the reveal of the joint conspiracy which also begins to resolve Admiral Scully’s bookkeeping plot. Mulder’s is a fairly weak affair this issue, with almost nothing of import happening in the woods of Massachusetts until the final pages. That being said, we once again see some interesting plot parallels as both Dana and Eric struggle to accept the evidence that their fathers are involved in something mysterious and probably dangerous.

Origins continues to be a fantastic mini-series offering a whole new look into the X-Files universe, and it once again has Sophie eager to read what happens next.

7 Things You Should Know About ‘Animal Crossing: Happy Home Designer’ 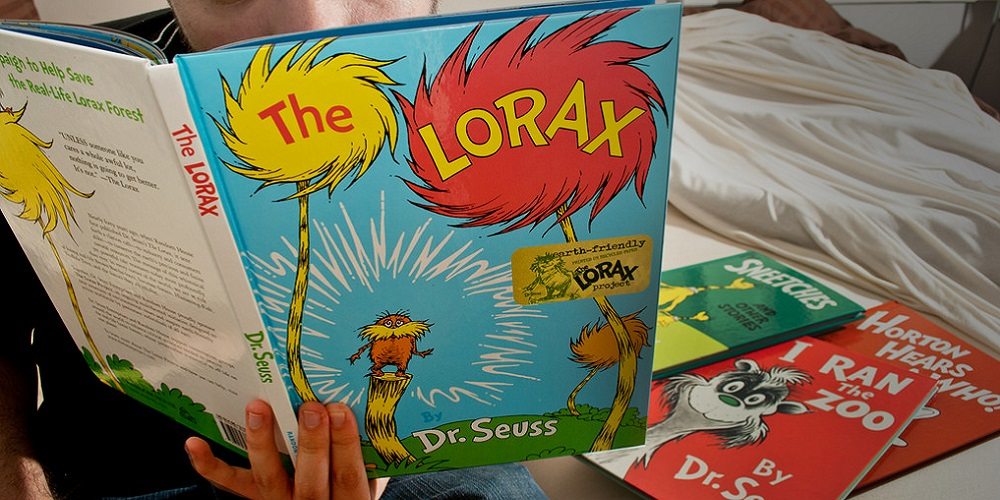