…To Get Your Swag On!

October 18 has finally hit; and you undoubtedly have in your grubby little gamer mitts your very own copy of Batman: Arkham City. It’s the game you’ve been dreaming of since before you even finished the first Rocksteady and Warner Brothers Batman masterpiece. According to professional forecasting algorithms, the midnight release of the game was estimated to bring upwards of eleventy billion fans flocking to game stores all around the globe. So, yes, sure, you have the game. But do you have the swag? Here’s a quick look at just some of the goodies available to help you capture the obsession — er, frenzy — of the game’s release.

Downloadable Content: By pre-ordering through Game Stop’s PowerUp Rewards program, I have access to the very cool Batman: The Animated Series character skin as well as the Joker’s Carnival Challenge Map. Oh, and you also get a digital copy of Batman: Gotham Knight, in case you didn’t get enough of this when it first came out. I should add this is with the Playstation version. You can also play as Robin or Nightwing, starting in November. And have you seen the frightening Sinestro Corps Batman skin, straight out of recent issues of Green Lantern?

Batarang Controller: Okay, I just have to say this thing looks amazing all lit up and ready to go. Don’t get me wrong, I fell in love with Batman: Arkham Asylum without the aid of any fancy controller. This time around, though, I’m kicking it up a notch with the Batarang Controller. The PS3 one is a little bulkier than what I’m accustomed to, but it also feels lighter. It’s really not that different from other controllers on the market, actually. Besides, I’m a sucker for its customizable LED lights and stylized bat-shaped button configuration. Of course, my son keeps eyeballing it for his Where the Wild Things Are game. Think I know at least one thing on Santa’s list this year.

Comics: Over the past few months, DC Comics published a five-part mini-series that ties the two games together. I have been getting them each month and squirreling them away until this week, just to build anticipation. I hope it’s worth the wait. I mean, c’mon, it’s written by Paul Dini, the man behind the Dini-verse Batman and both games. I’m sure I’ll crack the first one open within the next couple of days. I only wish Mark Hamill and Kevin Conroy could stand behind me and do the voice work. Then again, I always do their voices in my head when I’m reading a bat-book.

Soundtrack: Confession time: I’ve never really enjoyed movie soundtracks. There have been a few exceptions, but I could probably count them all on one hand. I’ve never even considered a video game soundtrack. After listening to Batman: Arkham City – The Album for the second time, I’m possibly going to have to rethink that stance. The album starts off strong with Mercenary from Panic at the Disco and doesn’t let up until Daughtry’s Drown in You and beyond. Out of its 11 tracks, I’d say I really enjoyed more than half of them, while the rest are strong enough to carry me over the ones I am on-the-fence about. I’m sure some will grow on me, though, as I keep this sucker on loop at least until I beat the game.

Obviously, there are plenty more goodies out there. I’ve seen some interesting action figures in the pages of Previews. Hot Topic has the very cool shirt with the “Obey Order” shirt. Don’t forget your strategy guide, if you need to ask for directions. I really sort of wing it, myself.

You know, now that I think about it, I wonder if anyone’s left online to read this. Maybe they’ll pick it up on the weekly rewind this weekend, after they’ve beaten the game a couple of times.

I’d like to say a special “Thank you” to Warner Brothers for the test controller and soundtrack used for researching this article.

See Also:
Around the Web:

[This article, by Raymond Masters, was originally published on Wednesday. Please leave any comments you may have on the original.] 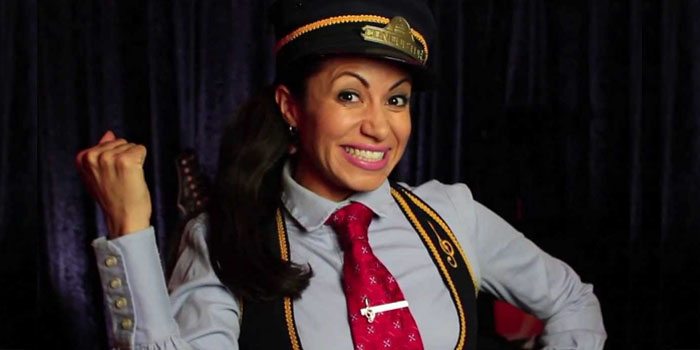