For the past few weeks, I’ve been a Steampunk-readin’ machine. I didn’t plan to do it, but some newly released sequels (or newly acquired) forced me to have to go back and re-read a few favorite titles. Another series has its third book due out shortly, so I figured I’d go ahead and reacquaint myself with that world and its characters. And while hunting down a PDF copy of one steampunk book that received some severe water damage in order to finish a review, the publisher punished graced me with two additional PDF copies of another steam series with which, at the time, I was unfamiliar. And, of course, I just had to read them as they sat on my tablet, taunting me. Eight books in 2 weeks — I’m turning Victorian!

So… if you’re a fan of Steam fiction, I hope you’ll like the next four or five days worth of posts as I provide feedback on a variety of steampunk novels and series as well as a few posts not related to books. And if you’re not a fan, you’ve only read two paragraphs in so you really haven’t wasted too much time before moving on. (Try today’s Google Puzzle!)

The first two books I want to share with you today are part of the Newbury and Hobbes series from George Mann. I’m starting with these books for two reasons: (1) there is a third book due to be released next month and (2) Mann has another steampunk series that I’ll be writing about tomorrow that takes place in this same universe only 25 years later. Reading one series does not require knowledge of the other — I honestly didn’t even realize the two series took place in the same universe (but on different continents) until I read an interview with George Mann where he mentioned this fact (along with a few spoilers, so be careful).

The two books are titled The Affinity Bridge and The Osiris Ritual — and of the eight books I’ll write about this week, these are, in my opinion, probably the closest to pure steampunk fiction. Let’s start with The Affinity Bridge. The Affinity Bridge — an unusual name, to be sure. You’re not going to gather any information about the story from the title, so I’ll save you the trouble and tell you that you won’t get the reference until you’re deep into the story. Honestly, what flagged the book for me as possibly steam-related was the airship on the cover. At the time (2009), I was completely unfamiliar with George Mann, so I’m glad I took a chance and picked it up.

The story takes place at the beginning of the 20th century in London. Queen Victoria has agents scattered around the globe, but this story will focus on the actions of Sir Maurice Newbury and his abled assistant, Miss Veronica Hobbes. I will do my best to avoid spoilers, so please forgive me if I don’t give away too much of the character development for these two — rest assured, they each have their own strengths, weaknesses and secrets.

A catastrophic air ship crash becomes their first case together, but it’s not the only mystery they’ve been tasked to uncover. There’s the menacing blue ghost of a long-dead constable that’s terrorizing the working class along with reports of attacks and disappearances related to zombie-like victims of a ravaging disease called Revenants.

Newbury is a bit of a Renaissance Man — well-rounded in his knowledge, a foot in the social scene of London, a trained fighter and marksman, and a dabbler in the occult. Mann has done an excellent job of balancing this gentleman with the equally feisty Hobbes. She’s not afraid to get her hands dirty (literally) and she’s not one to faint over at the sight of a corpse or… worse. As I read through the book (for the second time), it hit me that they’re the Victorian-age equivalent of John Steed and Emma Peel — the entire book is a steam-based version of The Avengers.And I mean that as a compliment!

The dialogue is playful, witty, and pure-Brit. Each character is always getting into a bit of trouble and requiring the other to save the day. The villain and his motives are not so easy to figure out. The hidden agendas are interesting and do not feel forced or contrived. The steam technology is not overdone and isn’t used constantly to save the day. The action scenes are well-written, and the risks to the characters (and the outcomes) are not predictable.There are mad scientists, questionable medical professionals, honorable law enforcement officers, gentlemen and vagabonds, fisticuffs, and a good bit of steam-driven machinery that makes for a few good chase scenes.

There is a slight hint of the paranormal throughout the story, attached to a few of the subplots but not the main storyline. When I first encountered it (involving Veronica’s sister), I wasn’t sure that I was going to like the paranormal mixed with my steam — but thankfully Mann doesn’t rely too heavily on it to further the story. (I tell you this only because paranormal events do figure more heavily in the second book.) Instead, Newbury and Hobbes have as their primary task to discover how and why the airship, piloted by a newly designed automaton, crashed and burned, taking an additional 50 lives. Along the way, they’ll cross paths with both the blue ghost constable and the flesh-eating Revenants.

Steam technology out of control, ghosts, zombies, and many cups of Earl Grey will most definitely entertain you as you reach the conclusion of The Affinity Bridge. And when you’re done, if you’re wanting more, you’ll want to continue with The Osiris Ritual, a much darker story but just as entertaining. The Osiris Ritual picks up not much later after the events of The Affinity Bridge. Newbury and Hobbes have had a few more adventures together (with some great sounding names that, unfortunately, go without explanation). Although the two have unspoken feelings for one another, thankfully their assignments continue to keep their relationship non-romantic in nature. A few events and characters from The Affinity Bridge that strongly affect the two investigators are now carried over into the second book, and the story quickly ramps up with their investigation into the death of an explorer recently back from Egypt with a deeply disturbing sarcophagus.

As with the first book, however, Newbury and Hobbes aren’t just trying to hunt down the killer — Hobbes has her own investigation involving missing young ladies that’s extremely important to her (but, to her at least, not so important to her partner). Newbury, in the meantime, is beginning to learn about his predecessor, a mysterious man named Knox, while trying to hunt down a missing rogue agent. As both investigators pursue their own cases, they ultimately discover the value in having a trusted partner.

This story is much darker — the paranormal is much more relevant to the both the main plot and one of the two subplots. And those hidden agendas I mentioned earlier in The Affinity Bridge? Well, there is an underlying conspiracy that’s been building (involving the Queen, Knox, and another key character) and is partially resolved in this second book — and I have no doubt that Mann will successfully bring it to conclusion in the third book.

While I enjoyed The Osiris Ritual, I can now look back and say that I really enjoyed both subplots more than the main story. That’s not to say that the main story wasn’t entertaining, but I found myself wanting more story related to the rogue agent.

As I said earlier, these two books are the closest to what I consider pure-Steampunk as any of the eight books I’ll be reviewing this week. Yes, there is that supernatural element that runs in both books, but I think you’ll see in my later reviews this week that the remaining books have additional elements that make them more of a blend of Steampunk and other genres. Of course, after my reviews are completed, all of this is open to debate…

The Newbury & Hobbes series is a worthy addition to your steampunk library… as I understand it, this will be a trilogy, but I’m sincerely hoping that Mann will reconsider and provide some additional adventures with these two investigators. He’s done such a good job of world building and character development that I’m hoping there will be many more investigations for the pair.

The third book in the series, The Immorality Engine, will be released on September 27 (USA) — I’ll do a follow-up review soon. 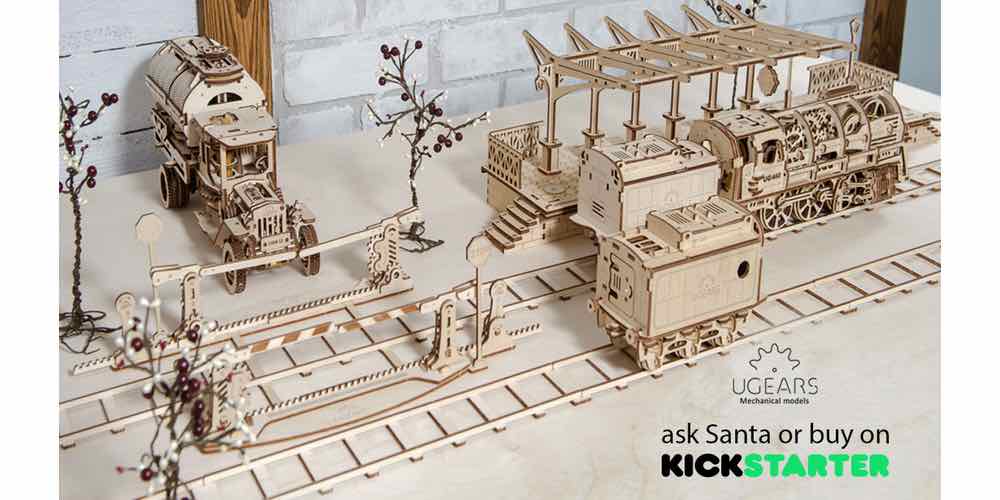