Before I start this article, I think I need to get one thing straight with you. I am a soundtrack geek.  When a new movie is coming out that I am excited about, such as Deathly Hallows just the other week, not only am I eagerly awaiting the release of the film itself, but also the soundtrack. It’s the same with TV shows. Right now I am getting rather excited about the potential for a Doctor Who Series Six album to tie in with the second half of the series that begins airing at the end of this month. I have the soundtrack albums from countless movies and TV shows plus I even have several gigabytes of background and on-ride music from the Disney theme parks.

I’m not entirely sure when my interest in scores developed. I remember buying the score album from The X-Files: Fight the Future back in 1998 when I was just eleven, but that was more out of an obsessive “buy everything related to this movie” phase than genuine interest in the music. I certainly don’t think it was listened to that much. I also had an album of cult sci-fi and fantasy TV themes back then, but I think the real love for this music began with a friend a few years ago. When we would drive around in her car, she would usually have the soundtracks to Lord of The Rings, Harry Potter or some other film playing, and I found myself increasingly drawn to them. I began getting copies for myself and now I have a vast collection of soundtracks and scores. I find them great for listening to when I’m writing, as the vast majority are instrumental so I don’t start singing along or inadvertently typing the lyrics instead of whatever it is I’m trying to write. It never ceases to amaze me how such deep emotions can be conveyed without needing to speak a word.

As the terms soundtrack and score can be used somewhat interchangeably, I feel I should clarify that my interest lies with the orchestral background and incidental music, rather than albums that compile tracks by various music artists that are heard in the show or film. Often, two albums are released, an example being with Twilight: New Moon where both a score and a soundtrack collection featuring tracks by Muse and OK Go are available. Although I do own several of these soundtrack compilations as well, to me they are more like themed albums rather than the true music of the film or show.

Here then are some of my personal favourite soundtracks (or series soundtracks) for you to check out. This post will focus on film soundtracks with TV shows coming later this week. The linked track titles in my favourites will take you to short clips courtesy of Amazon and iTunes.

If there was an award for the most iconic film theme ever created, I’d say it was a fair bet Star Wars would be in the top three at least. I am one of those rare people, especially amongst geeks, that genuinely likes the prequels as well as the original trilogy. They certainly aren’t as good to me but the originals are such genuine classics that they never could match up. Nonetheless I will most certainly be hitting the cinema to watch them all again in 3D from next year – if only to see some of my all time favourite movies back on the big screen.

One way the prequels do match up to, and for me, possibly even out-do their predecessors, is in the quality of their scores. Even Phantom Menace, which even I concede as the worst Star Wars film (well, if you exclude the Clone Wars film) has some truly fantastic music. “Duel of The Fates” is easily one of the best Star Wars pieces of all the films put together, as is the epic “Anakin vs. Obi-Wan” from Revenge of The Sith. The original trilogy also has some outstanding pieces but, no, the Cantina Band is not among them for me! Naturally the “Imperial March” ranks as a classic but there are other great tracks including “Binary Sunset” and “The Battle of Yavin”. However for me, if you want great Star Wars music, this is probably the only time I would always turn to the prequels over the original trilogy.

My favourites: Duel of The Fates (I), The Hologram/Binary Sunset (IV), Across The Stars: Love Theme from Attack of The Clones (II), Victory Celebration/End Title (VI), Anakin Vs. Obi-Wan (III)

In terms of iconic themes, the twinkling Harry Potter theme (actually entitled “Hedwig’s Theme”) is hot on the heels of Star Wars as one of the most well-known pieces of music in film history. Out of all the films series I own, the Potter scores are probably the ones which are most different from beginning to end.  The light-hearted, jovial sounds of the Philosopher’s Stone soundtrack with its fun brass sections is a million miles removed from the quiet tragedy and swelling drama of Deathly Hallows Part Two; however certain scenes do hark back to the early films such as the comical “Detonaters” in Deathly Hallows Part One giving the soundtracks as a collection a feeling of being the individual pieces of a whole. A number of different composers have worked the Potter position over the years, almost as many as there have been Defence Against the Dark Arts teachers at Hogwarts, each lending their own unique flavour. The result is a collection that progresses along with Harry’s story, not disjointed despite including so many styles, but gradually changing and darkening over time.

Films like Star Wars have become known for their scores, the theme music being instantly recognisable and other bits of their music well-known as well. Independence Day on the other hand is a far more obscure soundtrack but no less beautiful for that. A big blockbuster movie that relies more on impressive visuals needs an equally large scale score to match so this album is more about big sweeping pieces than intimate, touching ones; that being said a standout track for me is “The First Lady Dies” which plays over a scene I count as one of my top ten tearful moments in sci-fi.

My favourites: 1969 – We Came in Peace, Aftermath, The First Lady Dies (extended edition only so no mp3 available)

With two more scores yet to come from the two parts of Breaking Dawn, this collection is far from complete, yet it already includes several great tracks. Creating the lullaby written by Edward for Bella in the first film was always going to be a challenge for any composer, however Carter Burwell created a beautifully simple piece that stands out from the rest of the album which manages in turn to convey well the mixture of overwhelming teenage passion with a constant sense of foreboding. Taking the reigns for New Moon was Alexandre Desplat who was later responsible for both Deathly Hallows scores; to me there is a marked similarity between the three scores which can be heard distinctly if you compare “Obliviate” from Hallows Part One with New Moon‘s “Memories of Edward”.

Whilst Disney movies are well known for their big musical numbers, Pixar films are less musically driven. However the speechless robots and corresponding lack of dialogue in Wall-E really threw the score into the limelight more than with any of its predecessors. The love story between Wall-E and Eve had to be told almost completely non-verbally and so tracks like “Define Dancing”, where the pair dance through space together, are vital to the film in a way few score pieces get to be. The characters of Wall-E and Eve are partly explored by their music too, with the former having fun, bouncy pieces when he is on screen, shifting to far gentler, flowing strings for Eve.

The two X-Files films were released ten years and four show seasons apart, in every way they are completely different beasts.  While the first film, Fight The Future focused and progressed the show’s central mythology, the second, I Want to Believe was a stand alone story which only briefly hinted at the main plot.  A result of these differences is a significant difference in sound styles.

Fight the Future uses a score that sits perfectly within the TV show; in fact many pieces from it were later used in season six episodes. It begins with the classic six-note theme music presented in a hauntingly quiet stripped down with just a lone instrument sounding them out before the full orchestra bursts in dramatically. The score does for the music what the film did for the visuals, taking the same basic outline and doing it on a far grander scale. This was the first time an orchestra had been used for the franchise–all previous music being entirely created by synthesizer–and it gave the film a much more dramatic feel. Hearing the theme motif being played out by a full brass section was incredibly thrilling the first time and continues to be so.

The second film is overall a far slower, more melancholic affair. Mulder and Scully are older and have suffered far more over the years than they had in FTF. The plot itself is also darker and creepier that the blockbuster feel of the first film. There are no helicopter chase scenes or huge explosions here so the music is subtler and sweeter in some ways as we are now seeing a couple finally admitting their love for each other. Of course there is plenty of angst between the pair that results in quiet and terribly sad moments too. These things can never be allowed to run smoothly.

Jurassic Park is, and will always remain, one of my all time favourite movies. It was released when I was was only six but I got to see it soon after once it came out on VHS and I have loved it ever since. This was music I truly grew up with and so it holds a very special place in my heart. The classic theme tune plays at the entrance to the Jurassic Park island at Universal’s Islands of Adventure in Orlando and I can honestly say that it was that piece of music that almost brought me to tears when I first walked under that gate as a seventeen year old finally getting to experience a sort of childhood dream come true–walking through the gates to Jurassic Park. Just listening through this music as I write this is enough to almost bring me to tears, this is the music that is truly close to my heart. As with Independence Day, a film of this scale needs a big sound, one capable of lending the appropriate majesty and awe to creatures most of us grew up holding in real reverence and, as usual, John Williams delivers the goods in spades.

My favourites: Journey to The Island, Dennis Steals The Embryo, Welcome to Jurassic Park

There are so many great soundtracks that it would take forever to cover them all. Here then are a few honourable mentions from other great movie soundtracks. No doubt I’ve missed dozens more. Why don’t you comment with your favourites too? Don’t forget to check back later this week for part two which will be all about the scores from TV shows. 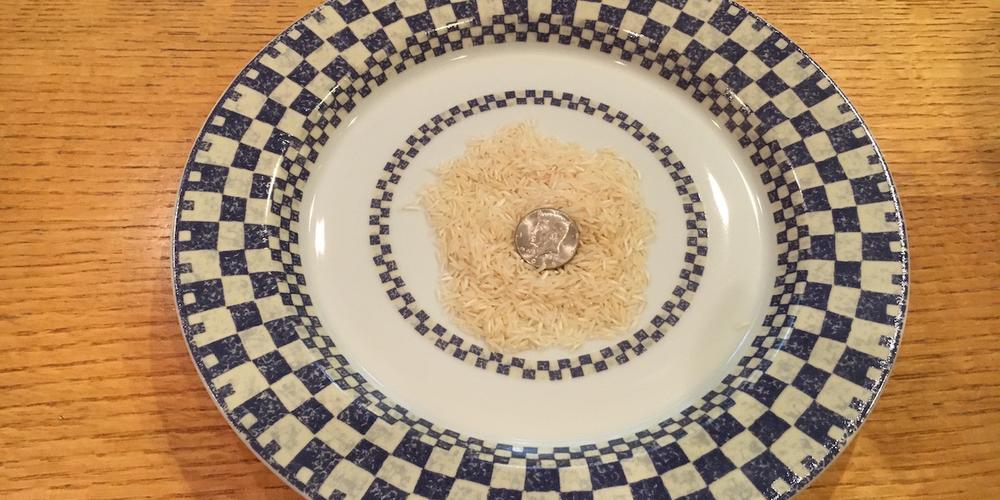 Koincha: A Bit of Indian Culture

9 thoughts on “Music Week: Confessions of a Soundtrack Geek – Part One”