Thirty plus years ago, my mom and dad gave me one of the best birthday gifts ever — a bright yellow ABS plastic toolbox filled with metal beams, screws and nuts, pulleys, a motor, and a variety of wheels. Also tucked inside were some of the coolest building instructions I’d ever seen; folded blueprint-like sheets with dozens of vehicles, robots, and other strangeness. It took about a month for me to build every single design and then, of course, I began building my own contraptions.

I don’t know what happened to that toolbox — I do know that at some point a few of the metal pieces began to show signs of rust. It doesn’t matter, though — I would still love to have that kit in my possession today.

At some point in the past 10 or 15 years, the Erector set disappeared for a short while. I don’t know all the details, but I do recall suddenly seeing them again as part of the Meccano family of products. Fortunately, Meccano kept the Erector name and has been releasing some seriously cool kits over the last five or more years. I know this because I’ve been collecting them in small numbers ever since my first son arrived 4 years ago. Today’s Erector Sets are slightly different than the ones I played with, but the skills and creativity they inspire have remained. More advanced sets still have metal pieces, but they also contain a large assortment of plastic pieces that bring color and other unusual-shaped pieces. I remember how sore my fingers would get from the sharp edges of the metal beams and especially the tiny square nuts — remember those? Today’s advanced sets still contain fasteners, but they’re more in line with the Allen wrench where the small connectors aren’t as difficult to use and don’t rely on a slot screwdriver that slips out easily.

Over the past few years, I’ve managed to grab three advanced sets (they come in a larger, suitcase-style case) at considerable savings. Two of them came from Costco — every Christmas, Costco manages to sell one or more Erector Set kits at about 50% of what you’d pay elsewhere, including Amazon.com. If you’re in the market for an Erector Set and have a Costco membership, just hold off until mid to late November and you should see a couple pallets full of Erector Sets. I’m including some photos here of some of my favorite advanced sets that make my 4-year-old’s eyes almost pop out — for the past few years I’ve had to remind him that the day will come when he’s old enough to open them up and play. Of course, my favorite set (that I have opened) is what I refer to as my Steampunk Set … but it’s actually an Anniversary Edition (still available, btw – I paid $70 for it, but today it goes for around $150 and higher). Yes, that’s a fully-functional G-scale locomotive that you can build and run on standard track. I’ve already built the rocketship that sat on my desk for a few months before going back into the box to protect it from little hands. The pieces inside are a mixture of metal and plastic parts in various black, bronze, and silver colors and the look of the finished models is a Steampunk fan’s dream. The two other kits are motorized Special Editions — one of them even comes with an RC Controller. These are really cool — the parts are Erector Set, so you can use pieces from other kits interchangeably, but I do like how certain kits are color coordinated and the models displayed on the covered look awesome. If you look carefully at the pictures, you’ll also notice that all the motorized sets come with batteries. I’ve opened up all the kits and removed the batteries so they won’t corrode over time — many of these kits will sit for quite a few years (unless I just can’t contain myself and break into them like I did the Steampunk Kit) so I figure I’ll put the batteries to use rather than let them go to waste. I paid $40 for these other kits at Costco, half what they go for on Amazon and Toys-R-Us.

You may have missed these deals (although Costco has sold the same kits more than one season), but I’m hoping you’ll be able to get in on this current one. Right now, Costco is selling two different Erector Sets for ages 5-8 for $19.99 each… 50% off what they cost on Amazon.com. If you don’t have a Costco membership, try to hunt someone down who does and see if they can grab you one or both. These smaller sets come in a nice plastic bin that has a carry handle on it. Most of the pieces are made of plastic, and in some instances a handful of parts are made of flexible rubber that bend and are easier on small hands. The kits come with a motor and batteries and colorful building instructions.

The first set that I have now opened is the Blue Box or the Construction Vehicles kit. It’s cool… very cool. My son loves tractors and loaders and all sorts of heavy machinery, and the cover on this box shows some very easy-to-build construction vehicles in yellow. The screws are large and easy to hold and the nuts they secure to are also thick and easy to grasp. Instead of a slot, there’s a small triangle that matches the special tool that is bulbous and easy for a child to grasp and turn. That said, I have had to help Decker with building a few of the motorized kits. He picks the model, helps me get all the parts picked and laid out in front of us, and then he gets to turn all the screws. The first motorized model we built was a scooper and he loved watching it roll across the floor after it was put together and the motor turned on. We’ve since built a monster truck (his design, not included in the kit) and a small bus that he proudly put together himself (one solid piece, 4 wheels, and a chair).

The other set being sold at Costco right now is the Orange Box or Motorized Construction Set. It’s also very cool and full of a mix of plastic and metal pieces. I gave Decker a choice between the Blue and Orange, and it was apparently a tough choice. But the yellow construction vehicles won out — I’ll be setting aside the Orange Box for a rainy day.

Again, both of these are currently available at Costco for half price — if you’ve got a budding engineer, builder, tinkerer, robot builder, or hands-on child, $20 is a steal for what you get in each box.

So, what about you? Any favorite Erector Set memories? Any favorite kit or kits? Do you still think Erector Sets have value or are there other kits that you believe offer a better experience? I want to know. (By the way — for a nice document about the history of Erector Sets, be sure to read the Gilbert Erector Set Guidebook, available as a free PDF download. Page 57 shows a picture of a red Erector case, but mine was yellow.) 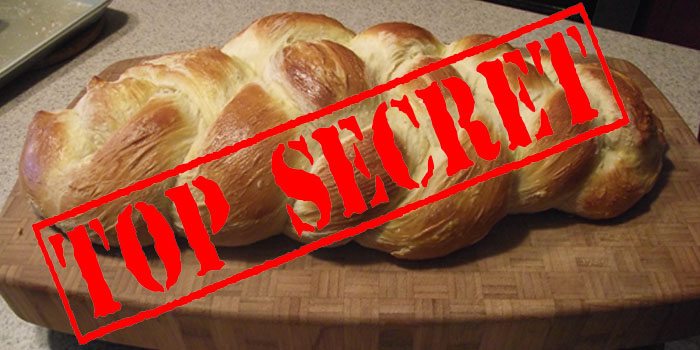