It’s funny thinking about how comics have evolved for different audiences. When comics first became widespread, they were kid-friendly (though not always targeted only at kids) and were just there to help sell newspapers. Then Superman came along and people came to think of comics as mostly superhero stories, aimed mostly at teenage boys. In the mid-’80s, with Frank Miller’s The Dark Knight Returns and Moore and Gibbons’ Watchmen, the world of comics started getting more mature … and a lot darker. More and more comics appeared on the scene that were decidedly not for kids.

I remember first coming across the Little Lit books compiled by Art Spiegelman and Françoise Mouly a few years ago: they’re collections of comics stories by various artists on a theme: fairy tales, weird tales, etc. The tag line on the back was “Comics — they’re not just for grown-ups anymore!” It’s funny, because at the time that Spiegelman’s Maus was published (also in 1986), it seemed that just the opposite was needed: “Comics — they’re not just for kids anymore!”

Well, Spiegelman and Mouly have continued publishing comics that aren’t just for grown-ups with their Little Lit Library in the form of Toon Books. These are comics-format books intended for younger readers, some designed for the very young and some for middle-grade readers. Spiegelman’s own Jack and the Box is one of the books targeted for “brand-new readers,” along with Agnes Rosenthiehl’s Silly Lilly books.

Silly Lilly and the Four Seasons is quite short, kind of like a giant comic strip. The book uses its horizontal format to incorporate four panels on each spread, and the effect is very much like reading a newspaper comic strip but bigger. The illustrations are reminiscent of older comics and look like early-20th-century comics (think Little Nemo in Slumberland). There’s little dialogue, and not a lot of conflict or plot to deal with — mostly it’s just very brief vignettes starring Lilly in each of the four seasons.

Sample page from Jack and the Box.

Jack and the Box is also a similar format, with the four panels per spread, but there is a little bit more of a continuous storyline throughout the book. It’s about a little rabbit named Jack and his wacky jack-in-the-box. My kids thought it was hilarious, although my wife said: “Leave it to Art Spiegelman to give me nightmares from a kids’ book.” The jack-in-the-box can be a bit creepy, in that clowns-are-scary sort of way, but it didn’t seem to bother my kids as much as it did my wife. There are a number of books for slightly older kids, too. Jenny Williams mentioned Otto’s Orange Day in her post about comics for kids. Two others that I’ve read are Mo and Jo: Fighting Together and Zig and Wikki in Something Ate My Homework. Mo and Jo is a story of sibling rivalry: Mona and Joey are twins who get a superhero costume, but in fighting over it they tear it in half. Their mom turns it into two costumes, but then each of them only inherits half of the superpowers. When the evil Saw-Jaw threatens the city, the two are too busy fighting over whose powers are better to deal with Saw-Jaw, but eventually they learn to work together.

Zig and Wikki is a pretty cute one. Zig and Wikki are alien kids who land on earth by mistake. But while they’re here, they decide to do their science homework and find a pet. Zig and Wikki turn out to be tiny: the first “pet” they attempt to catch is a fly – until it gets eaten by a dragonfly. Then they try to catch the dragonfly, and they keep moving up the food chain. It’s a cute story that includes a few fun facts about various animals and demonstrates the food chain, but is mostly a funny story about two hapless aliens.

There are a number of Toon Books (see the website for the whole list) and they’re helpfully grouped by age range. One other fun thing on the site is the Toon Book Reader: you can listen to digital versions of the books read by the authors, or even hear them in other languages like Spanish, French, Russian, and Chinese. The online books have a little more interactivity where you can click on background sound effects to hear them, but they’re not as interactive as most iPad book apps. The online version also lets you preview many of the books before you buy them.

The books are all hardcovers with a library-style binding, so they seem pretty sturdy and should live up to repeated readings by kids a little better than most of my trade paperbacks. (My daughter tends to read things over and over, and a lot of my kid-friendly comics are showing their wear.) If you’ve got kids who enjoy comics (or you’re wanting a great entry into reading), check out the Toon Books for a great start to their library.

Disclosure: GeekDad received review copies of the titles described above. 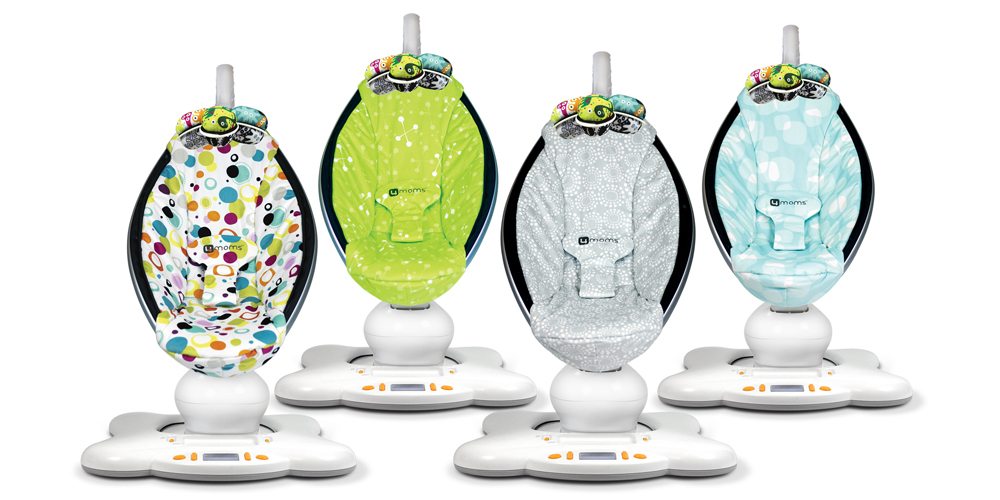