Quite a few years back I was shopping at Costco. As I was walking down an otherwise ordinary aisle, I stopped dead in my tracks. I could swear I heard the sounds of an arcade game. I couldn’t place the name, but I knew a 25-cent game when I heard one, and I picked up the pace and began instinctively navigating like a kid to an ice-cream truck.

I had one of those angels-singing moments when I turned a corner and there she was. A black frame, big screen, two joysticks. She was a beaut, packed with 75 or 100 games. I have very little memory beyond that because, well, it was there without a soul around. I do recall playing a Marvel fighting game, and I think there were a couple of old Atari standards like Centipede and Asteroids. I know I played more than a few rounds because when I finally checked the time, more than 30 minutes had passed. Thankfully I hadn’t been asked to leave. I’m certain I got some stares though, but I didn’t care — it’s Centipede, dude.

After the nostalgia wore off, reality set in… I looked up at the price tag that floated around $1,500 or so, way more than I wanted to spend. Geek Dad Translation: There are not enough lawns to cut, loads of laundry to do or dishes to stack for the wife to let me buy one.

I sighed, finished my shopping and went home. But the seed was planted. Oh, yes. I would find a way.

So I began what many geek dads do when they get fixated on an idea: I went online and began digging. I soon found was an arcade lover’s dream: BYOAC, also known as Build Your Own Arcade Cabinet, and it had its own website at arcadecontrols.com.

Arcadecontrols.com was started by John St. Clair many years ago and has become the de facto site for everything you want to know about building your own machine. The main focus is the user forum, where people ask questions, provide answers and show off their own creations. In between, users post updates, pictures and video of their machines as they develop.

Other locations on the forum help users find service providers such as graphic artists, decal printers, custom control vendors and more. You’ll get advice for wiring your machine, recommendations for places to buy joysticks and buttons and discussions of the pros and cons of different building methods.

There’s enough information collected on the forums that you’ll never be able to read it all. Use the built-in search tool to find old discussions for those topics that interest (or befuddle) you. One benefit to finding the site was that I discovered that John St. Clair also wrote a book, Project Arcade.

It’s not a new book, and it took some hunting to find a copy. This was the first edition of the book, and although Amazon carried it from time to time, it is currently out of stock and only available via a few rare book sites. I waited a few weeks and then the book arrived. The shiny gold cover once again triggered angel choruses.

I wasted no time reading it and developing my own plan. The book came with a CD that had plans for the basic cabinet, and I spent an afternoon with my dad cutting 3/4″ plywood (Sandiply – smooth on both sides) into the shapes I would need to begin my cabinet. I started placing orders for the buttons and joysticks and other hardware. Unfortunately, the book was a bit out of date when it came to electronics hardware, and I had to educate myself once again on the latest/greatest electronics available from hi-tech vendors providing the BYOAC community with some much improved technology. I decided my cabinet would have two joysticks, 7 buttons per player (to allow for the maximum number of playable games), a trackball (for Missile Command, Golden Tee and other games), and a spinner (for games like Arkanoid, for example). My buttons and the trackball were ordered in green and lit from behind via LEDs. The color green was chosen because I’d given my cabinet the name Saucer Invasion and it would have a black and green alien theme to it.

I assembled the cabinet over a few weeks (mainly nights). A few coats of paint along with some t-molding to cover the edges give it a polished look. The cabinet was no longer an idea but a very close to finished treasure.

And then my wife said “I’m pregnant” (for the first time) and the arcade cabinet took a backseat. No, more like it took a U-haul trailer with a flat tire. For over a year the cabinet sat in my basement as son No. 1 became my No. 1 priority. (No complaints, just telling the story.) After a while, I got to a point where it was time to get back to the cabinet. I started wiring the speakers for sound, the marquee (the panel with the name of the game above the screen) and my favorite part, a piece of circular Luminglass mounted where the coin door would be that shoots out green lightning (see picture) like a Borg recharging station. I also began designing the panel overlay for the controls — I selected a bird’s-eye view of a flying saucer. The green lighted trackball would form the glowing center of the saucer.

And then my wife said “I’m pregnant” (for the second time) and the cabinet once again had to endure the long, cold winter in the basement with no company and no laughter.

But son No. 2 is beginning to walk and the birds are singing once again. And what’s this in my mailbox? 2nd edition of Project Arcade just arrived!

I gave my first edition to an uncle who is planning to build his own cabinet, so when I saw the second edition available, I grabbed it. And I suggest you do the same if you plan on building a cabinet any time in the next five to six years.

The first edition was released in 2004 and largely unavailable for quite a few years. Even now a print version runs $47 or more on Amazon. It seems the book is sort of a collectible. You can get it cheaper in digital format but believe me, there’s a benefit to having the physical book in your hands to write in measurements, highlight key sections and just have it by your side in the workshop or basement. I suspect the second print edition will become more difficult to find as the years go by, although you’ll always be able to get to the info from the website. It’s just be scattered and require more searching. Now, after reading over the second edition, I’m happy to say that the author has done a really good job of updating all of the content. He’s provided a completely new cabinet design, much sleeker and more modern than the one in the first edition. He’s got much more data on new controllers and joysticks that make wiring even easier. If components such as LED-Wiz and i-Pac2 are unfamiliar and companies such as Groovy Game Gear and Ultimarc are unknown to you, no worries. If you choose to build your own cabinet, these companies and products and many more will become familiar to you and the book gives you great advice on purchasing the right components.

There’s coverage of designing and laying out your control panel, and discussion on how to select the right computer to go inside the machine. Coverage of MAME and other emulators is provided, including discussions on the gray areas of emulators and ROMs and other legal matters. And rest assured, you can build your own cabinet.

I went in to this not knowing the first thing about buttons, joysticks, emulation and more. I needed dad’s help to cut the panels, but after doing so I realized I could have done it, no problem. And I actually enjoyed assembling the cabinet. I did all the drilling myself, including routing the control panel’s special holes for the trackball and joysticks and the slot that goes around all the cabinet pieces where the t-molding is inserted. Watching it come together was half the fun. But I’m not done yet.

My machine is all done with the exception of wiring up the control panel. I’ve got all the buttons connected and wired and just need to connect it all to the two components that connect to the PC via USB. Yes, USB. Ninety percent or more of the electronics in your cabinet now seem to have USB versions, making it so much easier than the technology available just five or six years ago.

Inside the machine is a 25-inch Sony heavy duty monitor I purchased when CNN switched to flat LCD screens. I got it for $25. The image is clear, the colors are vivid and it’s compatible with the old laptop that’s going inside the cabinet. The speakers are loud. I played a test game of Galaga with the sound cranked and you could hear the dive bombers on the second floor.

I’ve still got to order the large stickers that will go on the sides, but that’s a minor issue. The second edition has lit a fire under me to get this baby done. My goal is to have a working arcade machine in my basement before Thanksgiving. Maybe even before Halloween.

Of course, I’ve already got plans for another one. I want to build a much smaller one (called a bartop) that will allow up to 4 players to play Gauntlet. Remember that game?

The second edition is more than 500 pages and comes with a CD. On it you’ll find the plans for the new modern cabinet as well as plans for the older, vintage-style one and other styles I haven’t checked out yet. There are templates to create the control panel and a ton of tutorials and utilities the author has included in one place so you won’t have to go download them all later. Trust me, you’ll be wanting a lot of these when it comes time to test your wiring and controls.

Games? Oh, yeah, there are a bunch of them, all compatible with standard cabinet joysticks and buttons. You also get LED wiring walkthroughs, marquee artwork you can use and lots of photos of other builders’ cabinets for inspiration. Of course there are links galore. The CD alone is worth the cost of the book. I won’t be giving away my copy this time. When my machine is done, I’m going to carefully place it inside the cabinet and pull it out when someone asks me where I bought my cabinet. I can’t wait to see their faces when I tell them it was custom made… by me… with a little help (okay, a lot) from Project Arcade.

And by the way — I did keep cost records of my machine, including paint, nuts and bolts, etc… I’m currently standing at about $650 give or take a few bucks. That’s not counting the computer that will go inside, though.

When I’m done, I figuring I’ll have spent about $750 or so, or about half of the Costco version that started this whole project.

The Great Bacon Odyssey: Does It Really Make Everything Better? 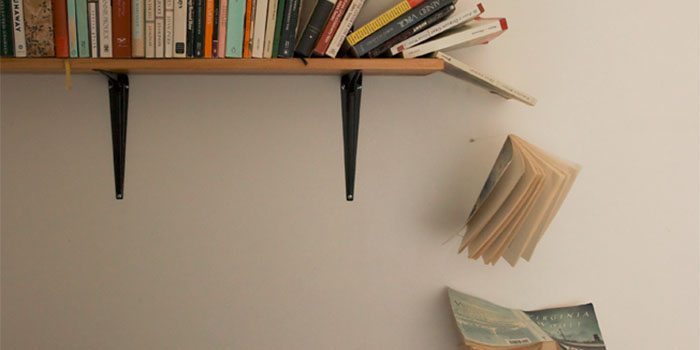