Yes, after a short summer hiatus, the Comics Spotlight is back!

I had a mixed reaction to Marvel’s Girl Comics when it was announced.

On the one hand, great that female comics creators were getting a chance to show what they could do with Marvel’s stable of heroes.

On the other hand, in 2011, it’s a little bit frustrating that such a project is necessary in the first place. I started reading comics in the mid-1970s and, back then, there were frustratingly few women writing comics. It’s a little bit better now but certainly nothing like the explosion of female talent in, say, science fiction and fantasy that has taken place over the last three decades. This is collection of a number of short stories by all-female creators starring members of the Marvel superhero universe. The cast isn’t limited to female characters either, as Wolverine, Nightcrawler, and Doctor Strange all take starring roles in their stories. Some are humorous, some more intense, one is a little creepy, and one is just sadly heart-rending. They’re all entertaining.

There are also full-page reproductions of the various covers and each issues that’s collected has a short introduction featuring Marvel’s female heroes by Colleen Coover.

There are several stories that will entertain the kids. The Power Pack star in a story about babysitting the baby Christopher Summers (later Cable) in a fun tale by co-creators Louise Simonson and June Bridgman with inks by Rebecca Buchman. Jill Thompson (creator of the Scary Godmother books) has a tale featuring the Inhumans coping with a mundane task, and Robin Furth and Agnes Garbowska have Franklin and Valeria starring in a “Clockwork Nightmare.” Yes, it’s a fantasy steampunk story.

And my kids laughed at the two-page story of Doctor Octopus grocery shopping.

I have to admit, I geeked out over the biographies of women who’ve had influence on Marvel Comics. There are profiles of Flo Steinberg, the “Fabulous Flo” of Stan Lee’s Bullpen Bulletins, June Tarpe Mills, Marvel’s first prominent female creator, Valerie Barclay, one of the few female cartoonists working during the Golden Age of Comics, Linda Fite, who wrote Night Nurse, the previously mentioned Louise Simonson, long-time comics writer, and colorist Glynis Oliver.

There are so many wonderful panels in this collection and the artwork so many varied styles that I hate to pick just one. But the image I like best is at the end of “Things Never Change” written by Marjorie Liu with art by Sarah Pichelli. Wolverine and Jubilee are sitting on a rooftop together, looking over the city, just chilling and spending time together.

I also loved Cynthia Martin’s art on “Bondeau” written by Christine Boylan. The panels are moody and dripping with atmosphere and manage to make Stephen Strange look like a gothic hero, which is sort of is.

The are capsule biographies of each of the creators who contributed to the books. I can only hope that some of them get more work and soon given qualify of the stories in this collection.

What Really Happens When an Unstoppable Force Meets an Immovable Object? 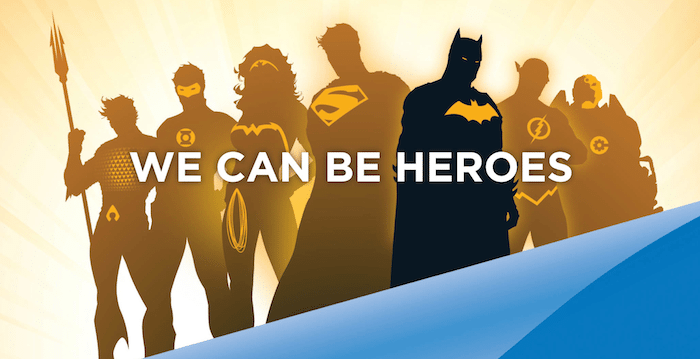 Oxygenics Lets You Shower With Darth Vader and R2-D2

Merry Christmas and Happy Holidays From GeekDad and GeekMom