The Yoomi Duo is an interesting device that makes use of the iPad in a (so far) unique way. It allows for an iPad game that has a physical element to it and encourages face-to-face interaction instead of just everyone staring at a screen together. The Duo is a small plastic gizmo with a container for little plastic tokens on one side, a small window on the other, and a rotating lid on the top. It sits directly on the iPad itself, along one edge. There’s a tiny camera on the underside, which allows it to respond to a code flashed on the screen of the iPad.

The device comes with one game you can play for free: Yoomi, available from the iTunes Store. The game is pretty simple and accommodates up to six players. Players take turns choosing between two options presented on the screen: Bath or Shower, Snakes or Clowns, Comb a lion’s mane or Brush a hippo’s teeth. They make their selection by pressing the purple or green button, seen through the little window on the side of the device. Then the other players try to guess what the chooser selected, and they vote by placing their token on the green or purple side of the lid.

The Duo on the iPad: hidden buttons for the chooser, and the options for all the players to see. Photos: Jonathan Liu

Once everyone has cast a vote, the chooser presses a “reveal your answer!” button. Their answer is then displayed on the screen, and the Duo’s lid rotates. allowing the tokens on the correct side to drop into the container. The other tokens are returned to the players, and the game continues. The goal is to get rid of all your tokens first. The answer is revealed, and the lid starts to turn. Photo: Jonathan Liu It’s a pretty clever design — the Yoomi app has the outline of the device displayed on the screen so you can line it up properly, and the two buttons for the chooser are shielded from other players. There’s a small oval shape that lines up with the camera, and it flashes a black-and-white pattern after the answer is revealed. The Duo translates the patterns to know which way to turn the lid.

The game itself is somewhat fun but not extremely deep; it’s perhaps best as a “get to know you” sort of game, and can encourage discussion about why somebody made a particular choice. The choices are all kid-friendly and I played with both of my kids, ages 4 and 7. The recommended age for the Duo is 8 and up, but for this particular app you just need somebody to read the selections for younger kids. I could certainly see a Zobmondo-style “Would You Rather” game that includes questions that are sillier or more risque for older players.

Another app, Smithsonian Artifact or Fiction ($2.99) is a trivia style game that doesn’t require a chooser but just asks players to guess the correct facts. Discovery Bay Games is planning to release additional apps in the coming months as well, and they also have plans for other gadgets that will interact with the iPad.

After playing Yoomi a few times with my family, I have mixed feelings about the Duo. Like I said, it’s pretty nifty, particularly the way it translates a visual signal from the iPad into a physical action. Because the cards for the game are part of an app, it would be very easy for Discovery Bay Games to release updates that include new cards (or perhaps sell them as an in-app purchase), and you don’t need more cabinet space each time they add a new batch of choices. My kids really like it, and they jump at the chance to play Yoomi because it utilizes the Duo. Would they be as excited to play a screen-only game like this? It’s hard to say.

On the other hand, the Duo also seems a little bit gimmicky. Do you really need a physical device to play a game like this? Not really — you could just as easily design the app so that the chooser picks an answer and every player gets a chance to vote. The iPad, I’m sure, could handle score-keeping just fine without the help of colored tokens. But the device allows for the iPad to just sit on the table and everyone can cast their votes simultaneously, without having to wait for their turn. It makes the iPad more like a physical board game that stays on the table, instead of simply a control that gets passed around.

Finally, though the device itself retails for $40 (Amazon currently has it for less than $18), you need a $500 (or more) iPad to play with it, putting it up there with the Scrabble app as a very expensive old-fashioned family game.

For now, I’ll reserve final judgment until I see what else Discovery Bay Games turns out. I haven’t tried the Smithsonian app yet myself, but it might be fun for my weird-facts-loving older daughter. I’m curious to see how the Duo could be used for other functions, though it seems to be a one-trick pony for now. If you have an iPad already and you like the idea of turning it into a physical device, it might be worth checking out the Duo and Yoomi. If, on the other hand, you’re satisfied with the likes of Angry Birds and Infinity Blade, then you could probably pass.

Wired: Using the iPad’s screen to send signals to the motor is pretty clever; kids like the physicality of the tokens and Duo device. 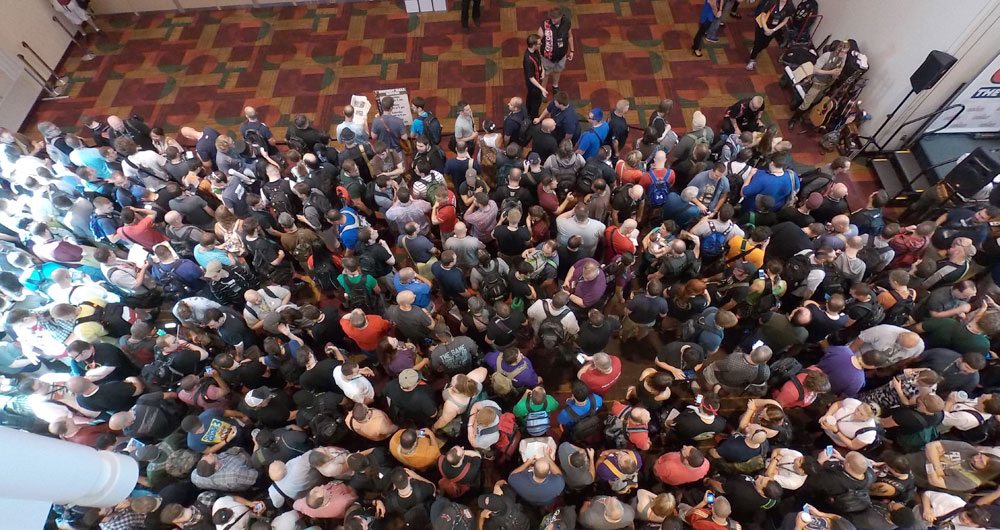 Interview: A Chat with Major Nelson, the Nicest Guy on Xbox Live or Larry Hryb to the Rest of Us