Once again the various writers of GeekDad have assembled some of their best dad-worthy ideas. If you don’t like what you see here, check back — we’ll be offering to more lists before we’re done. In addition, our gift lists from previous years. Battletech 25th Anniversary Introductory Box Set
Battletech is the nigh-legendrary game of mecha combat, now in its 25th year and still looking great. Last year I reviewed the previous edition of the Introductory Box Set and found it to be an elegantly designed product that gives you everything you need to learn and play the game.

This new version has essentially the same rulebooks as the previous one — but if you get it, you’ll find some value-adds that will make owners of last year’s set looking on enviously. The main differences are a pair of bonus mecha figures — bigger and badder than the normal figures; they’re named Thor and Loki. The other big difference is that the flimsy poster map of last year’s set has been replaced with two massive foldable cardboard maps. Buy it from Battlecorps.

The HandStand for the iPad and iPad 2
While the iPad is a convenient size to read, it’s not always comfortable or easy to hold securely, especially when swapping from the lateral to vertical and back again. The HandStand is a rotating case that allows you to not only maintain a firm grip on the tablet with one hand but allows you to swivel it easily. The Wave: In Pursuit of Rogues, Freaks, and Giants of the Ocean by Susan Casey
The closest you’ll get to actual Big Wave surfing, Casey books is a wonderfully written profile of why these surfers risk their lives just for those few seconds of riding monster waves. She doesn’t stop with the surfers, either, but delves into the science that creates monster waves so high they can instantly destroy some of the strongest ships ever built, and into the issue of whether global climate charge is creating more of these waves than ever before. (Could you imbed this link: http://www.wired.com/geekdad/2011/04/the-wave-the-next-best-thing-to-actually-surfing/ under “profile” in the first sentence. It seems to naturally go there, thought if you find a better spot for the longer review, that’s cool as well.) Buy it from Amazon. 5.11 Tactical Gear
I’ve said it before, and I’ll say it again: I love 5.11 Tactical clothes and accessories. I wear and use their products every day. The tactical pants and shirts are well-made, and have a plethora of pockets, tabs, and flaps that are hugely useful for geeks who want to be able to carry their technology around in an organized, accessible manner. Their various bags are the perfect solution for dads who need to tote computers and cables with them without being accused of murse-usage. But this year, I want to focus on two more general-purpose projects.

First is the Chameleon Soft-Shell Jacket. It’s the perfect middle-weight jacket, good for chilly days down to freezing, but okay for when the sun comes out. It also has pockets and secret compartments where cell phones, wallets, earphones, mifi cards and so on can all be stashed and carried easily. Second, my Shear sunglasses. They’re not terribly geeky, but they are the best pair of shades I’ve ever owned. That’s not necessarily because they’ve got some magic super-glass, or a designer name on them, but because they’re the right balance of lightweight and sturdy construction. I’ve had too many expensive pairs of sunglasses fall apart on me over the years, and too many cheap pairs just feel cheap. These achieve a middle ground that feels just right. Mimobot USB Thumb Drive
Mimoco has long been the company to beat when it comes to cool and funky thumb drives, and their latest Star Wars and DC Comics licensed drives only reinforce this line as the sweetest around. The way it works with Mimoco is that you can choose whatever design you want, and then decide how much storage you need with options from 2 to 16 gigs. Buy it from Amazon. Lego Pirates of the Caribbean Queen Anne’s Revenge
You know the “big set” you drooled over as kid and never got? Well, as an adult — or more to the point, a dad — a person can theoretically drop $120 on a magnificent Lego pirate shame without the slightest shame. Yeah, the Queen Anne’s Revenge, at 20 inches high by 25 inches long, is the big set. It packs nearly 1,100 Lego elements including 7 minifies, sails, lanterns. A bonus for Lego collectors: it comes with a mess of minifig skull heads! Buy it from Amazon.

Gunnar Optiks
Gunnars aren’t just for the avid gamer anymore. More and more fathers, mothers and whole geek families are embracing the glasses that eliminate stress & fatigue headaches from staring at a monitor all day long. Gunnar glasses, while offering Major League Gaming styles, are also available in many other styles, including “hipster.” You can get Gunnars via their website at Gunnars.com. Forbidden Island
Winner of a Mensa select award and one of the top 10 games of 2010, this co-op game of treasure hunting and harrowing escapes is a real favorite among kids and grown ups, alike. Up to four players try to rescue sacred relics before rising water floods the island and makes escape impossible. Each player gets a special ability to help the team, but winning is far from guaranteed in this wildly popular, fast-paced board game from Gamewright. Buy it from Amazon. Castle Panic
Monsters are attacking your castle from all sides! This kid-friendly cooperative game involves lots of teamwork, light strategy and just a bit of luck to vanquish your foes and emerge victorious. Castle Panic’s popularity skyrocketed this year, for good reason. Castle Panic is easy to learn, enjoyable for all ages and provides a ridiculous amount of fun. Plus, with some great rule variants, Castle Panic will be the cornerstone of family game night for months to come. Buy it from Amazon. Maingear Gaming PCs
GeekDad recently did a company profile on Maingear, highlighting their personal touch customer service, and amazingly precisely built machines. If you are a gaming dad, or gaming granddad even, and want to get into the next level of PC gaming, then Maingear is the PC for you. Amazing speed, liquid cooled vertical venting systems & simply beautiful boxes, Maingear has a full lineup of custom built PC’s available at Maingear.com. Energizer Solar Lantern
Bright and handy solar- and battery-powered lantern is great for camping trips or keeping in the van. It runs off C batteries or you can deploy its monster solar panel to charge it up for up to 2.5 hours of light. I can’t stress enough how excellent the solar panel is. It can flip up from the main lantern body to catch every last ray, and is happy to charge even when the sun’s obscured or low in the sky. Similarly, the light flips down for a more focused beam or flips up to shine in all directions. Buy it from Amazon/a>.

[This article, by John Baichtal, was originally published on Monday. Please leave any comments you may have on the original.] 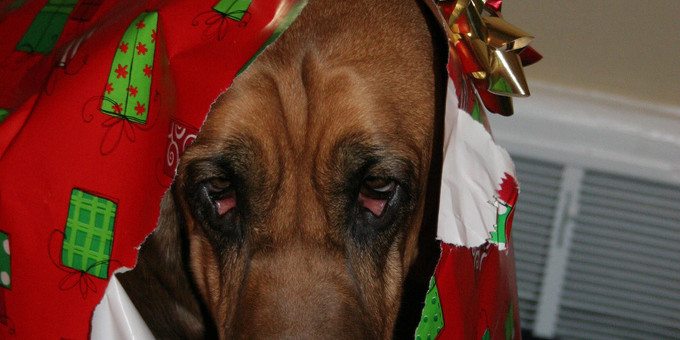 Hacking Vacations: Study Shows How to Use Winter Getaways to Boost Happiness