I purchased a Kinect unit for my Xbox 360 on a bit of a lark. It was during one of those Amazon special promotions, so the price was right. I secretly wished that it would be the magical doodad that would truly help me coax the whole of my family into gaming, and the trick worked. Sort of. Like most movement-based gaming I found that the device provided an engaging experience for a variety of ages and skill levels, but it didn’t always work as advertised. A perfect example of this is THQ’s over-the-top pet simulator Fantastic Pets.

It seems that while Nintendo was adding apathetic 3D felines to its own pet sim, the team at Blitz Games was busy taking judicious notes while watching How to Train Your Dragon. For you see, while Fantastic Pets boasts similar animal options to most competitors – dogs, cats, horses and lizards – its vast customization options allow users to make their pets far more fantastical. From changing skin/fur color and markings to adding wings and horns, Fantastic Pets encourages players young and old to adopt the dragons and Pegasuses Pegasi winged horsies of myth.

The core gameplay of Fantastic Pets is really just a variation on a theme; you adopt, cuddle and train your beasties in a similar manner to Microsoft’s own Kinectimals, but you’re able to do so in the comfort of your living room thanks to the clever implementation of augmented reality (think Sony’s EyePet.) The difference is that this title is all about the customization. Using the Pet Database, players can adjust their pets’ features, overall shape and size, coloration, temperament and even add in the aforementioned whimsical anatomical accoutrements.

This feature is available at any time during gameplay assuming the player has the 100 GEMs needed to access it. Genetic Energy Modules, or GEMs, are Fantastic Pets‘ in-game currency, and it is continually unlocked by participating in minigames (such as playing fetch with your pet) and daily Talent Show contests. Using the game’s Atlas feature you can also use GEMs to send your adventurous and eccentric uncle Doctor Menagerie – the lynchpin in what passes for the game’s limited story – to new and exotic locales to discover specialized breeds, from the sweet to the scaly to the futuristic, thus unlocking even more modification options for your pets. By playing regularly and completing in-game tasks you also boost your Trainer Rank. This ultimately affords additional perks like the option to adopt additional pets and some truly unique Avatar Awards. All this content combined assures that you and your geeklings are getting significant bang for your buck. Unfortunately there is also the occasional added expense of frustration associated with the gaming experience.

Since the AR elements of Fantastic Pets rely on the Kinect camera, environmental lighting and furniture can prove bothersome. My six-year-old’s pet dragon Drake, for example, seems to spend an inordinate amount of time as a semitransparent blob wedged solidly within our sofa. The motion and voice commands used to train your pets are also a tad on the touchy side, but I have no problem attributing some of this to my own atrocious accent. The biggest disappointment, however, is that the game’s Cooperative Play mode, in which a pair of trainers can interact with their on-screen pet, seems totally broken. Fantastic Pets simply doesn’t seem capable of tracking the movement of two pairs of hands. Very often the game welcomes a second player only to lose him immediately or, worse yet, lose track of the first. It’s a sadly exasperating quirk that otherwise mars a uniquely enjoyable family gaming experience using the Kinect sensor.

Still, despite some issues with the technology itself, Fantastic Pets is a genuinely fun title, particularly for the parents of young children. It takes the chore out of pet ownership and encourages experimentation and creativity. It may not always work, but when it does the charm certainly shines through. 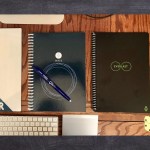