Take a convention center, fill it with books and the people who love them, and you’re bound to make a geek happy. Book Expo America is such an event, and it’s one of my favorites each year. Though it’s largely about publishers letting book buyers and librarians know what’s new in their catalogues, Book Expo is great for fans, chocked with author and illustrator appearances and signings.

I saw many books that I’m excited about, including these particularly geeky titles:

I’m going to go out on a limb and guess that the average kid’s first graphic novel is something in the Dav Pilkey oeuvre. My daughter has recently discovered Captain Underpants and its various spinoffs, so of all the books that I came home with, she was most excited about an advance copy of Super Diaper Baby 2: The Invasion of the Potty Snatchers

. Spoiler alert: it’s even more hilarious than the first, with a pitch-perfect parody of The Grinch Who Stole Christmas.

The title of The LEGO Ideas Book

is misleading. It’s not about different ways to use the blocks you have, rather it’s an amazing look at the different sets, themes, and minifigs that Lego has released in its history.

Geeky science kids like mine will enjoy the Basher Science line from Basher Books, including The Periodic Table: Elements with Style

. Each element is represented by a character. Look how adorable Tungsten is!

I picked up a copy of the parody Nancy Drew, Vampire Slayer

. Co-author Stefan Petrucha said that when he watched Buffy, it always seemed like Nancy Drew to him, so the parody was a natural fit.

Chronicle Books showed a wonderful assortment of Geeky books, including The Boy Who Loved Batman: A Memoir

by Michael E. Uslan, producer of all of the modern Batman films. Chronicle also had the upcoming The Art of Pixar

, and Obsessed With Star Trek

I’m a sucker for Medusa, and this first spread I opened of Encyclopedia Mythologica: Dragons and Monsters

, “full of pop-up physics fun!” My daughter will love this.

Speaking of The Force, Book Expo is paradise for Star Wars fans. The geekiest booth award goes to Abrams during Tom Angleberger’s signing of his new book, Horton Halfpott: Or, The Fiendish Mystery of Smugwick Manor; or, The Loosening of M’Lady Luggertuck’s Corset

, and a hipster Darth Vadar was there to hand out little, awesome origami Darths to warn of the sequel, Darth Paper Strikes Back

, though I prefer the villains.

Hardcore fans with deep pockets are going to want Star Wars: The Blueprints from Epic Ink, a gigantic limited edition that’s going to retail at around $500 a pop. Epic, indeed.

That’s all just the tip of the iceberg. You can read more about upcoming kids’ books I’m excited about on Media Macaroni, and keep your eyes peeled for book reviews when these titles are released.

Diary of a Geeky Pregnancy Weeks 5-8: The Mayor Compliments My Shoes 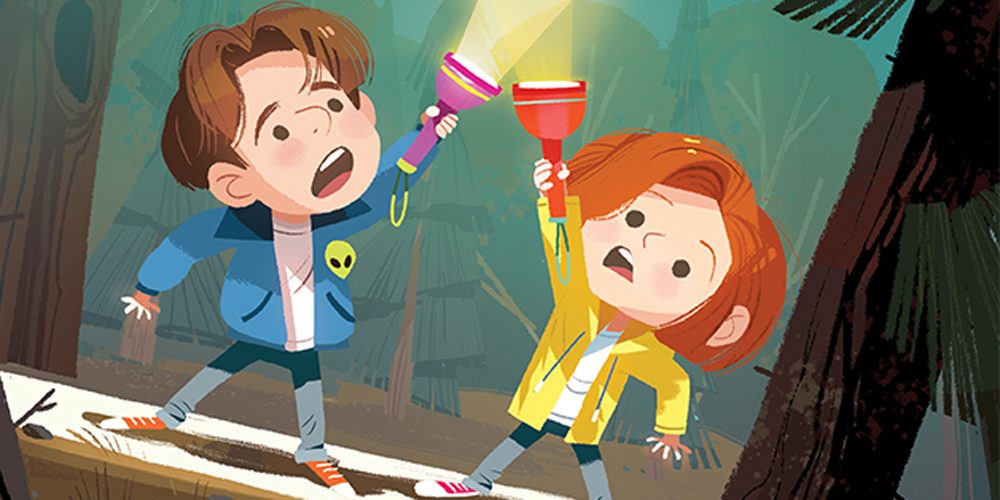