After yesterday’s post about breadth of interests vs. depth of interests, I noticed that two library books I’d checked out for my four-year-old last week do a really good job of illustrating these two contrasting viewpoints. When I Grow Up by “Weird Al” Yankovic with illustrations by Wes Hargis goes wide, and Henry and the Crazed Chicken Pirates by Carolyn Crimi with illustrations by John Manders goes deep. I’m not saying that these are manuals for raising geeky kids, but I think I can draw two conclusions from these books: first, that geekiness can go in either direction; secondly, that these are both pretty fun books, regardless of your opinion on where true geekiness lies.

When I Grow Up, mentioned by GeekDad Z. in his post about geek musicians, is written in rhyme, as you might expect from a songwriter like Weird Al. It stars a kid named Billy, who is excited about show-and-tell because this week the kids get to talk about what they want to be when they grow up. Billy starts off by saying he’ll be the “greatest chef you’ve ever seen.” Mrs. Krupp thinks he’s done, but he’s just getting started. Before we’re through, Billy has listed off plenty of other future vocations: gorilla masseuse, rodeo clown, sumo wrestler, and part-time assistant tarantula shaver. This being Weird Al, you get plenty of really funny occupations thrown in with the rest, and Hargis’ illustrations are exuberant and terrific. Mrs. Krupp, however, tells Billy that he’s being silly and needs to make up his mind. Billy’s response: his great-grandfather has done all sorts of things, and at age 103, still hasn’t decided what he wants to be. So at only eight years old, Billy figures he’s got some time do try a few things out.

On the one hand, I think this is a terrific message for kids: you shouldn’t have to decide what you’re going to be when you’re eight years old. Why make kids pick something at an age when their personalities and interests are still developing, and force them to stick with an uninformed choice for the rest of their lives? But on the other hand, discovering early on what your kids are good at (and what they enjoy) can give them that much more time to hone their skills. It’s like those stories of Wayne Gretzky or Tiger Woods, the way that they latched onto their sports at very early ages — getting a head start could give you an incredible advantage later on, if you stick with it.

Henry and the Crazed Chicken Pirates is a whole ‘nother book altogether. It’s not about what you want to be when you grow up. It’s about the Buccaneer Bunnies and, of course, the crazed chicken pirates. Henry (pictured on the cover) is clearly a nerdy rabbit. You can tell because he has glasses and he’s this scrawny, worried-looking rabbit amongst all the big buccaneers (like his father Barnacle Black Ear). As the story begins, Henry finds a message in a bottle with a threatening message: “We’re coming to steal all yer loot.” And from there, his field of interests is narrowed down to one: protecting himself from the unknown enemy. He does research, he tries out experiments, he practices, and he writes everything down in a book. Although the other bunnies mock him and tell him to quit wasting his time, Henry persists in his single-minded obsession. In the end, as you might expect, the crazed chicken pirates show up and catch everyone off guard — except Henry, who saves the day.

The illustrations are pretty funny, especially since it features big burly bunnies and chickens acting like pirates. One of my favorite pages is one in which Henry is surrounded by his research. He has books with pages marked, rolls of maps, and (most importantly) some bulletin boards covered with scraps of paper and pushpins connected with string, just the way your favorite police procedural TV show indicates that somebody is working hard on their investigation.

This second book isn’t necessarily in praise of narrowing your interests, of course. More likely the intended lesson is about trusting your guts despite what others around you say — a valuable lesson, to be sure. But in light of my recent ruminations I thought it was telling that Henry’s success also came from his ability to focus on a single interest rather than allowing himself to be distracted by all the other things he could be doing or enjoying.

In the Myers-Briggs personality test, there’s one aspect called “Structure” in which the spectrum runs from Judging (J) to Perceiving (P). It indicates whether you’re the sort of person who likes to make a decision (J) or if you like keeping all your options open (P). Here’s one litmus test: if you were given, say, $50 and were told that you could spend it on anything you wanted, where would it go? Or, to make it less about consumption, say you were given one responsibility-free hour that you could spend doing whatever you chose — what would you do? Me, I’d spend the hour trying to decide how to spend it (I’m very much a P on the scale). There are strengths and weaknesses to both, of course; I’m better at saving money for the simple reason that I can’t decide how to spend it. My wife, a J, has already spent that $50 — but she also knows what she wants and wastes less time trying to decide between one activity or another.

In the end, I think I agree with a couple of the commenters on my previous post, who said that geekiness can come from a reasonable amount of knowledge about an insane number of topics, or an insane amount of knowledge about a reasonable number of topics. “What matters is that you have that thirst and pursue knowledge,” whether it’s in one area or many. The main thing that makes you not geeky is not being interested. 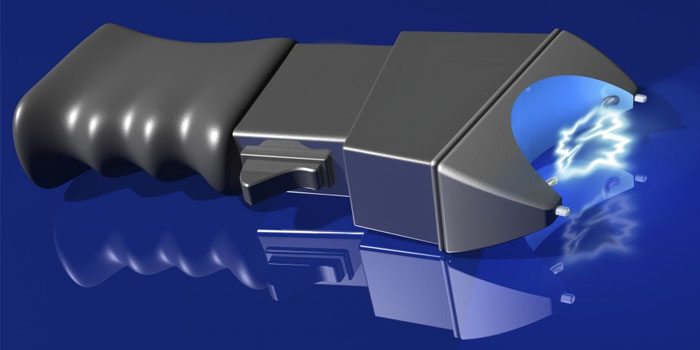 Doctor Who – a Most Excellent Adventure Begins Anew