While it’s a month a way, I wanted to give heads up about an event I’ll be attending in Stratford, Ontario (Canada) on May 2 through May 4. No, I’m not suffering an unfortunate case of Bieber Fever, I’m not planning to see any of The Bard’s works, or paying homage to where William Shatner cut his early acting chops before landing the role of James T. Kirk. The event in question is Canada 3.0, and it’s kind of a big deal (at least to digitally inclined Canucks).

Mind you, according to analysts, most Canadians are digitally inclined. With a world-leading average of 43.5 hours online per month (compared to 35.3 for the US, 32.3 for the UK and a global average of 23.1 hours per month), Canadians are clearly quite taken with this web thing. And that’s despite having to deal with limited ISP competition, leaving the country’s largest provider free to offer its most expensive plan with a max of 75GB per month data usage cap (you can upgrade to a max 120GB for additional cost), while the second largest is throttling World of Warcraft sessions and Netflix is downgrading its standard video streaming quality to a craptastic version that uses 1/3 of the bandwidth in order to prevent customers from burning through their entire data plan after a week of “Gilligan’s Island” reruns. Talk about a messed-up dynamic.

Stratford, which has long been known for its Shakespearean Theatre (where Shatner spent 3 seasons) and more recently for unleashing Justin Bieber on an unsuspecting world, (as well as being my home town, although I never returned after leaving for university) has also been leading a double life as a high-tech hotbed. One of ICF’s Top Seven Intelligent Communities for 2011, the city has worked hard to push its economy beyond The Bard and tween wonder-themed souvenirs, laying 37 miles of optical fiber, installing a public WiFi network, opening a university campus specializing in Business Entrepreneurship and Technology and launching a digital media think tank. Innovative software companies are sprouting up, RIM and OpenText are headquartered just 45 minutes away and the whole thing’s starting to get a Silicon Valley North kind of vibe. Not bad for a city of 30,000 or so and the perfect spot to hold the country’s premier digital media conference.

Upwards of 1,500 attendees are expected for Canada 3.0, where: “decision makers and policy shakers across Industry, Government and Academia converge to spark creativity, foster innovation and drive productivity.”

I’ll let you know how it goes. And if Canada 3.0 happens to be in your calendar, I might just see you there. For more information, visit the Canada 3.0 web site. 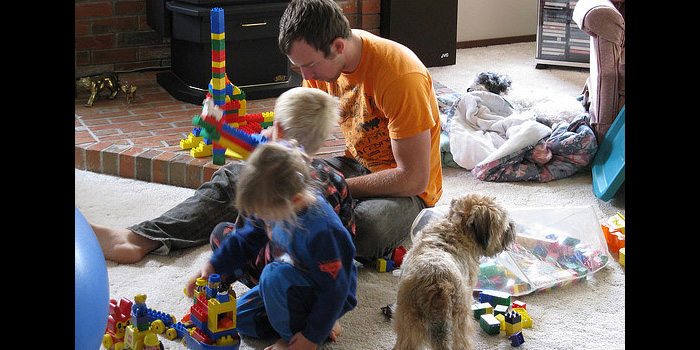 DailyLounge Round Table: The Rise of the Stay-at-Home Dad