Les Moutons électriques (Electric Sheep, just like Philip K. Dick’s famous novel) is a French publisher that offers some wonderful collections for every geek. Its bibliothèque rouge (Red Library) proposes biographies of imaginary characters in a convincing academic style. One can read Les nombreuses vies de… (The many lives of…) Harry Potter, Jane Austen, Dracula or even Cthulhu! Its bibliothèque des miroirs (Library of Mirrors) includes essays about various aspects of pop/geek culture, such as zombies, vampires, space opera, Monty Python… and of course, steampunk!

In the more than 300 pages of Steampunk!, Etienne Barrillier tries to define steampunk (as Robin pointed in her primer, that’s not an easy job) and to cover most of its aspects. The book is historical, trying to depict steampunk’s evolution, as well as geographical (a special chapter is devoted to Japan and another to French steampunk, of course). It studies  not only steampunk literature and comics, but also cosplay, fashion, gadgets and music, in a section labeled “Being steampunk.” Like all books of this collection, it includes a lot of (beautiful) pictures. That’s clearly a must-have for any steampunk fan or steampunk scholar… at least if one reads French !

Barrillier’s opinion on French steampunk literature is especially interesting. He concludes that French authors came to use different sources than great Anglo-Saxon steampunk authors, to find their own kind of steampunk. For example, they often set their stories in Paris’ “Belle Epoque” rather than Victorian London. They try to use characters and events from French history (such as Jules Verne, of course, like Johan Héliot in his novel La lune seule le sait). They don’t hesitate to mix literary genres (fantasy, sci-fi, alternate history…), and often don’t stick to “classic” steampunk. Another example is Pierre Pevel, who sets his Ambremer as an alternative Belle Epoque Paris with a Faery Court and legalized wizards. My own favorite French steampunk novel, though, is somehow “mainstream” steampunk, with automatons, aether, opium, romance and even Queen Victoria as a guest star (even if the plot is set in Paris). It’s called Confessions d’un automate mangeur d’opium, which could be translated as Confessions of an Opium-Eater Automaton (from famous Thomas De Quincey’s Confessions of an English Opium-Eater). It features a fine heroine, a young actress (and, incidentally, a lesbian), along with her psychiatrist brother. The authors are Fabrice Colin and Mathieu Gaborit, both quite famous in France, and both writers of other steampunk-like novels in various styles. Like many steampunk authors, they play well the game of intertextuality: to identify references and characters is part of steampunk’s fun. The novel isn’t translated into English. That’s a shame !

The same Fabrice Colin contributed to wonderful French steampunk comic series, recently adapted into a RPG, La Brigade Chimérique (by Colin, Serge Lehman and Gess). Wait… are they really steampunk ? That’s uncertain. As “clockpunk” is sometimes considered as different from steampunk, they forged the term “radiumpunk” to define La Brigade‘s universe. Romain d’Huissier, one of the authors of the RPG, explains :

We cannot talk about steampunk since the comics are set later: steam engines are far outmoded. Since Marie Curie’s discoveries, radium is the new center of attention, you only have to look at the ads of that time. La Brigade chimérique imagines that radium has become the new energy, the one you uses for everything, medicine, transportation, weapons… Even most importantly, that’s radium that gave their powers to the first “supermen” ! So, undoubtedly, that’s radiumpunk.

La Brigade Chimérique is built upon some wonderful ideas, as one of the co-writers, Serge Lehman, tells:

[I thought] that would be really great to write a comic about the end of European super-heroes. True comics in 12 episodes, set in the 30s, including hypnosis, quantum physics, psychoanalysis and featuring the great figures of European literature. Show what happened to them.

And this dream came true!

La Brigade Chimérique (6 books rather than 12, at end) explains why European superheroes seemed to disappear after WW II, and features many wonderful characters, historical (Marie Curie, surrealist writer André Breton…) or fictional (the Nyctalope who might be considered as the first superhero character in literature, Dr. Mabuse, or Harry Dickson). The press release gives a good idea of how cool the series are:

They’re born on the battlefields of WW I, in gas breath and ray-X guns blow. They took control of European capital cities. Serial authors changed them into icons. Scientists are fascinated by their powers. However, at the center of the Old Continent, a threat is growing that could erase the very memory of their existence…

I strongly recommend reading them!

La Brigade Chimérique : the comics and their official website

If you’d like further recommendations, the people of Steampunk-fr are compiling a list of steampunk books and comics, both French- and English-speaking, and discussing their readings on the forum. 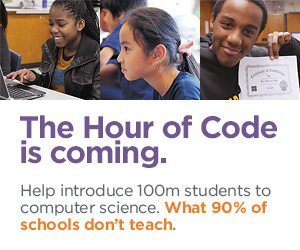 1 thought on “The French Side of… Steampunk Literature”