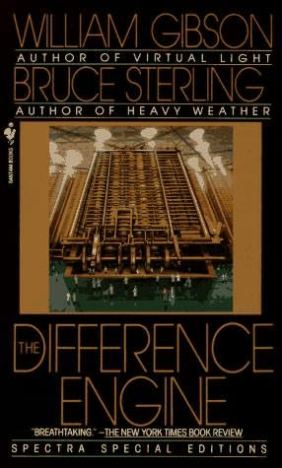 I first heard “steampunk” used in connection with William Gibson and Bruce Sterling’s The Difference Engine, which was published in 1990.

At the time, I thought adding tech to the Victorian Age was a fascinating idea but I was much more interested in reading space-based science fiction and gave it a pass. I didn’t think much about steampunk until last year, when I started hearing that steampunk, particularly romantic steampunk, was the next big thing.

My response was, “Wait, how can it be the next big thing when it’s over 20 years old?”

Intrigued, I attended a workshop on steampunk at the Romance Writers of America national conference last summer.

At the workshop, I learned that  steampunk is all about the gadgets. And the presenters did have the coolest steampunk costumes with a number of gadgets, including steampunk wrist-watches and, of course, goggles.

But still I wasn’t really connecting to the genre. The retro look is very cool but it seemed to me that regular science fiction has plenty of futuristic gadgets. I wasn’t sure what the point was of creating more cumbersome and less efficient gadgets and placing them in the Victorian Age.

Gradually, though, I began to see the appeal. Part of that is due to my love of Lois McMaster Bujold’s Vorkosigan series. The main planet in that series, Barrayar, is a backwards society loosely based on Russian society around the time of the end of the Czars. The contrast between the Barrayaran culture and the ultra-futuristic gadgets that they’d adopted from the rest of the colonized planets was a great way to show that while society may be technically advanced, similar advances in cultures and mindsets take far longer.

And that’s what I find the best part of steampunk. On the one side is a culture that is extremely constrained by rules  and on the other side are technological advances that are leaps and bounds ahead of where people are emotionally. It’s a great way to explore the changing role not only of technology but also the class and gender differences of the time period. In some many ways, the Victorian era was at the crossroads of change. Adding technology to it would just accelerate that change, causing as many problems as it solved.

So when my lovely editor, Sarah Hansen of The Wild Rose Press, challenged me a few months ago to write a steampunk story, I was interested but unsure of where to begin.

I started thinking of Arthur Conan Doyle’s The Lost World. That story had Professor Challenger and his gang of intrepid explorers discovering a hidden world where dinosaurs survived. It’s not quite steampunk but Professor George Edward Challenger is certainly a steampunk-style scientist.

Thinking of Doyle naturally led me to Sherlock Holmes. I’m an  utter Holmes geek. I devoured the Canon as a teenager. I have both annotated editions. I’ve practically got the stories memorized.

Thinking of Sherlock Holmes led me to Randall Garrett’s Lord Darcy stories, which are set in an alternate world where the Plantagenets still rule Britain and magic works. The Watson of these stories is a forensic sorcerer.  That led me to another Holmes-style detective, Simon Archard, the main character in the comic book Ruse. Archard also exists in a Victorian-style age on an alternate word and his assistant is another magic user, female this time.

The answer to my question became blazingly obvious.

I would write a steampunk detective story with a Sherlock Holmes style character and turn my Watson-inspired character into a woman and possible romantic interest.  I figured I’d just add some steampunk gadgets to the flavor of a detective story and I was all set.

The mystery came easy. But I couldn’t just “throw in some gadgets” because that didn’t make sense. It’s never good to just throw in anything to meet a particular genre in any case and certainly it wouldn’t work in this story.

In order to create the gadgets of my steampunk world, I had to find a reason why these particular Victorians would be using steam power as part of their daily lives.

So in order to write a 24,000 word story, I had to create an entire alternate history for my world.  Eventually, I followed Ruse’s lead and added some magic to the mix. The main idea is that the humans in my alternate world have discovered a talent similar to photosynthesis in that they can convert sunlight to energy. The by-product of this talent is a substance called mage-coal, which burns cleaner and far longer than regular coal and thus created a reliance on steam power.

Once I had the technological issues settled, I had to sort  through all the implications of having magic users and what it would mean in term of gender and class issues in Victorian society. It could go either way but I felt there was a great deal of conflict to be had if the upper classes decided erroneously that mage power was something gifted only to them. They would feel that they were superior and that the lower classes would naturally not share such a gift. That would leave the class structure in place but also create untrained mages who would have little love for the current system and might use their raw powers to cause a great deal of trouble.

As in the real Industrial age, I had a conflict brewing between those responsible for great technological advances and those left behind to either be untrained labor or used up by the new system.

It was only until I had these world-building issues were settled that I was able to create the main characters, Lord Gregor Sherringford and Joan Kriegerson. They’re Holmes-inspired but definitely a product of this strange new world. (And if you’re enough of a Holmes geek, you might spot the Easter egg in my detective’s name.)

Having finished the story and sent it off to my editor last week, I was left with two main thoughts about steampunk.

One: it is really, really hard to write well and required far more research than I ever thought. 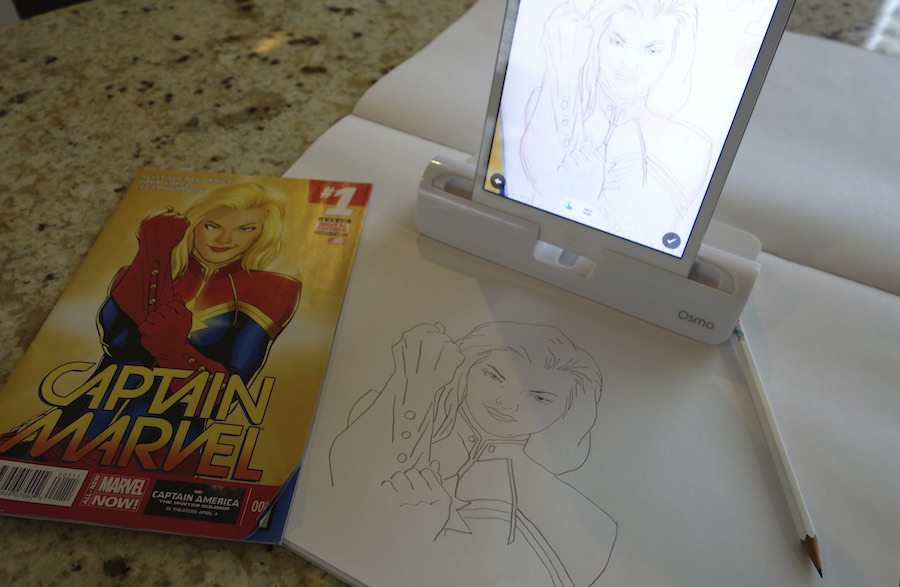 Everyone Is an Artist With Osmo’s ‘Masterpiece’

Holy Cats, Batman: Tim Hanley’s ‘The Many Lives of Catwoman’

SDCC: Chomping At The Bit!