A samplling of the Puzzle Strike components. Photo: Jonathan Liu

Overview: According to the manual, Puzzle Strike is a “card game played with chips instead of cards that simulates a puzzle game (that doesn’t exist) that simulates a fighting game (that also doesn’t exist).” Confused yet? Don’t worry; the essence of the game is deck-building, but it’s set in the Fantasy Strike universe and is inspired by the video game Puzzle Fighter — not a coincidence, as designer David Sirlin was also the guy who balanced Puzzle Fighter.

Rating: It’s all that and a bag of chips, so to speak. A very fun, fast-paced take on the deck-building genre.

Who Will Like It? Puzzle Strike is an odd mix of genres: it’s like Dominion crossed with Street Fighter-flavored Bejeweled. If you like deck-building games then you should definitely consider this one. A few of the 342 chips from Puzzle Strike. Photo: Jonathan Liu

Ok, so might have seemed a little confusing from the Overview, but I’ll walk you through it. Fantasy Strike is a Street Fighter-esque fighting game that doesn’t really exist (except as a card game, Yomi — more on that game in a future review). Puzzle Strike imagines a puzzle video game (like Bejeweled, for instance) in which players can combine gems and “crash” them, which sends gems over to their opponents. If your screen fills up with jewels, the game’s over.

The way the game simulates all of this is through a deck-building game—but instead of cards you use chips, which are easier to shuffle because you can throw them in the bag and shake them up. There’s a stack of the gem chips in front of you which represents the growing pile. In your bag you’ll have three chips that represent your character’s special abilities (the 10 characters are seen on the left side of the photo above), purple chips that will allow you to combine or crash the gems, gem chips which function as money for purchasing more chips and puzzle piece chips which will give you various actions and abilities.

The concept might take a little bit for you to wrap your brain around it, but the gameplay is fairly easy to pick up and the game plays quickly once you get going. 4 drawstring bags, 342 cardboard chips, a rulebook and (this is important) a box insert that has all the slots labeled for organization.

The chips are made of cardboard that you’ll need to punch out, but they’re very sturdy, thick cardboard that punches out cleanly and easily and really does look like poker chips (though they’re obviously lighter).

The bags are a nice quality and each player uses one to “shuffle” their own collection of chips—it’s deck-building without all the hassle of shuffling.

You’ll recognize the basic gameplay if you’ve played other deck-building games like Dominion or Thunderstone, but in case you’re new to the genre I’ll walk you through it, and there are a few differences from those games as well.

At the beginning of the game, each player chooses a character and takes the three corresponding character chips, six 1-gem chips, and one Crash Gem chip. These ten starting chips go in the bag, and then each player draws five chips as their opening hand.

Also, the bank is set up: it always includes all the gem chips (from 1 to 4), the purple chips (Combine, Crash Gems and Double Crash Gems) and wound chips. In addition, there are ten puzzle chips chosen (five copies of each one)—the rulebook has a suggestion for ten to use for your first game, as well as a few recommended combinations, but you can choose any ten you want. (Fun fact: with 24 puzzle chips and 10 characters to choose from, there are 411,863,760 different starting conditions for a 4-player game!)

One important detail to keep in mind is that the gems have two separate functions which you have to keep straight. First, there’s a gem pile in front of you which is entirely separate from your bag, your hand and your discard pile. This “gem stack” represents the gems piling up on your “screen” and if it is at 10 or higher when you enter the Buy phase of your turn, you lose. Secondly, the gem chips that are in your bag and that turn up in your hand give you “gem power” which is basically money to buy chips.

Ante: At the beginning of your turn, you take a 1-gem from the bank and add it to your gem pile—basically, each turn your pile is getting closer to the top of the screen.

Action: You get to play one action chip. There are various types of action chips: the character chips, the purple chips and puzzle piece chips are all different types of actions. In addition, the color of the banner indicates what type of action it is: Red is an attack which affects all other players, Purple affects your gem pile, Blue is a reaction to attacks and Brown is a general sort of action.

This is the heart of the turn: some chips will give you additional actions or allow you to pull more chips from your bag to use, so the key is figuring out what order to play them in. If you start with a “Draw Three” but don’t have any additional actions, then you may not be able to do much with the extra chips. Some chips will only allow additional actions of a certain color. Attacks force opponents to ante more gems onto their gem piles, or discard chips from their hand or take wound chips, which don’t do anything and just fill your bag with useless chips. Some chips will let you trade in chips for higher value or spend gems for specific benefits.

Purple chips are especially important. Crash Gems allow you to take one of the gem chips from your gem pile and send it to the next player (who has an opportunity to counter-crash one of their chips back to you). Double-Crash Gems crash two chips from your gem pile. But it’s also very important to have Combine chips, which let you combine two of your gem pile chips into one (for example, two 1-gems become a single 2-gem). Combining gems means that you can crash more at a time—and if you crash a 4-gem it cannot be counter-crashed.

Buy: If your gem pile is less than ten at this point, you must buy at least one chip from the bank with the gems in your hand. You can buy as many different chips as you can afford — but you don’t get to keep what you don’t spend. If you have no gems to spend, however, you have to take a wound chip (which costs zero) so it’s important to try to get at least one gem to spend.

Cleanup: Any chips you purchase go into your discard pile, and at the end of your turn all chips that you’ve played this turn and any left in your hand go into the discard pile, and you draw five more from your bag. In addition, there is a height bonus—the taller your gem pile (i.e. the closer you are to losing) the more chips you get to draw from your bag. If your gem pile reaches 3/6/9 gems then you draw 1/2/3 extra chips. This has an interesting balancing effect, because when you’re getting closer to defeat, you get more chips to play with.

When your bag runs out you put the discard pile back in and shake it up. The first time I played Puzzle Strike we had a few of the rules wrong (for instance, we forgot about the height bonus, which makes a big difference in dealing with the growing gem piles), but then we figured it out and played a few more times. Unlike other deck-building games, everyone has a slightly different starting set because of the character chips. What we discovered is that some of the characters are more difficult to use as a beginner (Geiger is kind of tricky, as is Lum) but overall the powers are balanced if you know how to use them. Still, there are only three character chips in what becomes a very big bag of chips, so eventually your choices in what you buy from the bank becomes a bigger factor.

I’ve really enjoyed the deck-building games since I started trying them last summer and each one has different strengths and weaknesses. Puzzle Strike is one of the quicker ones to play and the gem piles add another dimension of strategy—rather than just going for victory points, you are trying to stay alive as long as possible. The Crash Gems also add a level of direct interaction that isn’t present in the other games to the same extent.

Puzzle Strike is also, well, cuter. While there’s only a tiny head shot image of each character on the character chips, the illustrations on the box and throughout the instructions are chibi versions of the Fantasy Strike characters. The convoluted theme is pretty funny and the whole game with its chips and bags and gems just looks less serious than, say, Dominion or Thunderstone. That doesn’t mean it doesn’t have some serious gameplay chops; but I found the theme and appearance of Puzzle Strike made it more attractive for some of the manga-loving girl gamers in my group.

If the idea of combining deck-building with a puzzle fighting game intrigues you, check out Puzzle Strike. You’re not likely to find another game quite like it. Or if you’re like me and you just love deck-building, this is a worthy addition to your collection.

I encourage you to purchase Puzzle Strike directly from Sirlin Games, which has a great philosophy on game design and is worth supporting. Otherwise, ask for it at your friendly neighborhood game store. (As a last resort if you must use Amazon it’d be nice if you used this link.)

Wired: Asymmetrical — each player starts with different abilities; deck-building without the shuffling; a very quirky theme.

Tired: Quirky theme may be tricky to explain for non-videogame boardgamers.

Disclosure: Sirlin Games provided a review copy of this game. 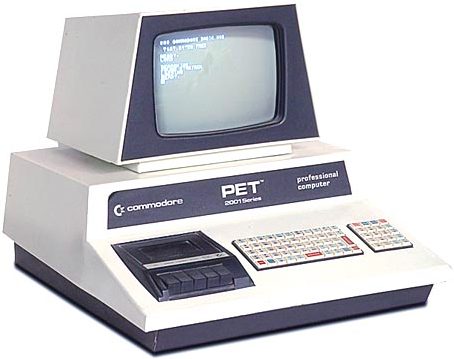 Geek Lifts Off On Lemon Education