Dominion: what do you do with your five cards? Photo: Jonathan Liu Overview: Dominion is the game that kicked off this whole deck-building craze. It won the 2009 Spiel des Jahres (think of it like the Best Picture of board games) and if you play it a few times you’ll see why. There’s a theme here about building your dominion, but in actual gameplay it’s kind of an abstraction—which doesn’t make it any less fun.

Rating: Excellent. I have no idea why it took me so long to finally try it out.

Who Will Like It? If you’re familiar with any other deck-building games (like Thunderstone, Ascension or Puzzle Strike), you’ll have a basic idea of whether or not you like the genre, and Dominion is an outstanding implementation (not to mention the origination) of it. If you have no idea what deck-building is, keep reading, because Dominion is well-balanced, pretty easy to learn and can be enjoyed by people with a wide range of board game tastes.

The story, as printed on the front of the manual, is this: you’re a monarch like your parents, but you have bigger dreams—you want more land, more power, more of everything. But there are other monarchs competing for the same territories, so you race to “hire minions, construct buildings, spruce up your castle and fill your treasury.” Dominion has a medieval theme to it—there are moats and militia, woodcutters and workshops, smithies and cellars. Your victory points come in the form of Estates, Duchies and Provinces.

Even though this theme is present throughout the names and artwork on the cards, the game itself feels kind of abstract, almost a mathematical exercise. Why does using a militia give you two coins to spend? How does a smithy let you draw new cards? It’s not really clear. Some of the cards’ actions do seem to make sense, but as you’re playing the game you don’t really feel like you’re building a dominion somehow. You just feel like you’re playing a game for points.

Don’t let that put you off, though; despite the somewhat weak theme, Dominion has excellent gameplay.

Dominion consists of cards — a lot of cards. The basic set (there are many expansions available now) contains 500 cards: 130 Treasure cards, 48 Victory cards, 30 Curse cards, 32 Randomizer cards, 1 Trash card, 252 Kingdom cards, and 7 blank cards. (I suppose the blanks are for you to make your own cards?)

The cards are laid out pretty simply and made easy to read: there’s a cost in the bottom left corner of each card (on a little coin) that’s easily legible, and each card is marked at the bottom with its type—but these are also fairly easily identified by the card color as well. The Kingdom cards, which provide the actions and will make up a good portion of your deck, have a title across the top, an image on the top half, and a description of the card on the bottom half. There is no flavor text included and the instructions are written to be quickly scanned and read, often using shorthand like “+2 Cards, +1 Action.” Some of the actions are more complex but most of the time you’ll be able to understand from the card itself without referring to the rules.

Victory cards (Estates, Duchies and Provinces) are green with a shield and a big number showing their value. Treasure cards (Copper, Silver and Gold) are gold-bordered with a big coin marked with the value. Here’s my only significant complaint about the cards: all three cards show a big copper coin on it. Would it have been so hard to make the three coins different colors? Sure, the number is pretty easy to see — unless you’re holding your cards close together.

The box comes with a plastic divider tray that is actually useful—there are slots that keep each stack of cards separate, and a handy template that shows where each card goes, making setup and cleanup a breeze. (Of course, if you end up buying the expansions, then you’ll end up with several large boxes unless you do something like GeekInsight’s DIY storage box. The game starts with a supply of cards laid out on the table: all the Treasure cards and Victory cards are included, as well as the Curse cards (worth -1 point; in the basic game they are only used with the Witch so they’re not pictured above). In addition there are ten stacks of Kingdom cards (10 of each except the Garden, which has 12). Since there are 25 different Kingdom cards to choose from, each time you play you can select a different starting set. There’s a set for the first time you play (shown above) and the manual includes four other recommended sets. However, once you’re familiar with the game, you can use the randomizers to select the cards used for each game.

Each player starts with a small deck of cards that represents their dominion: 7 Coppers (worth 1 coin each) and 3 Estates (worth 1 point each). The goal is to get the most Victory points (by buying Estates, Duchies and Provinces) by the end of the game, which occurs when either the supply of Provinces is empty or any three supply piles are empty. Each player maintains their own deck of cards and discard pile, adding new cards to it (or trashing them to get rid of them) and reshuffling as necessary.

You draw five cards from your deck, and then get an Action phase and a Buy phase. In the Action phase you may play one Action—most of the Kingdom cards are Actions — which might allow you to draw more cards, increase your spending power, gain cards from the supply or even get more Actions. This is particularly important to be able to string together Actions and get more cards. During the Buy phase, you add up any coins in your hand plus those you gained from your Actions, and may purchase one card (or more, if any of your Actions gave you additional Buys). Then everything — cards played, cards in your hand and cards you purchased — gets put into your own discard pile, and you draw five more for the next turn.

Some actions are attacks and can affect other players: for instance, the Militia forces all other players to discard down to three cards, or the Witch forces them to add a Curse to their deck. The Moat protects you from attacks—but only if you happen to have it in your hand when the attack is played.

The trick of the game is figuring out what combination of cards to purchase so that on any given draw of five cards you’ll be able to do something useful. If you go straight for Victory cards (which have no Action or coin value), then you’ll get a few points initially but then each draw you’ll end up with less and less money to spend and eventually you’ll find yourself out of the running. But it’s also easy to get caught up building wealth and forget the ultimate goal of getting points. The key is finding combinations of cards that work well together and being able to play them out in the right order so that you can get more cards from your deck, whether it’s more Actions to play or more money to spend.

Unlike many gamers, I hadn’t played Dominion until after I’d already tried Thunderstone and Ascension, two other deck-building games that both came much later. My first reaction upon playing Dominion for the first time was how easy it was to learn: Thunderstone in particular is pretty complex and adds a lot of different things to keep track of, but also having a basic understanding of deck-building games made it a quick task to get set up and playing.

Dominion actually reminded me of Fluxx in a sense, even though they’re quite different games and Dominion is certainly not as silly or chaotic. But you can think of it as a Draw 5, Play 1, Buy 1 — and the cards you play on your turn will allow you more draws, more plays and more Buys if you can string them out in the right order. If you play a Smithy and get +3 Cards, you may get three Action cards which you can’t use because you’ve run out of plays. Or the opposite might happen—you might have plenty of more plays but you’ve used up all the Action cards and can’t draw any more.

One thing about the game is that, depending on the selection of cards, it’s possible for there to be very little player interaction—I’ve heard it said that it can be like four people playing Solitaire together. Before I’d tried it myself I saw some folks playing it at PAX Prime last fall, and they were taking their turns in rapid succession, hardly even speaking. It was dizzying. But if that becomes an issue, you can always be sure to throw in at least a few attack cards, which then allow players to wreak havoc on each other. (Conversely, if you have players who take things personally, it’s possible to go easy on the attack cards and avoid hurt feelings.)

I’ve found Dominion to be a great game night staple—it’s easy to teach and I don’t hesitate to introduce it even to players who are newer to board games, but it offers enough strategy that the hardcore gamers love it too. Setup and cleanup (sorting through everyone’s deck at the end of the game) can take a little while but the game plays fairly quickly and we often play more than once in a row. With the additional Kingdom cards, Dominion is extremely replayable (and if somehow you’re still bored you can add on an expansion — there are four so far).

I may do a head-to-head comparison of a few of the deck-building games later on, but there’s a reason Dominion has such a huge fan base. I like Thunderstone for its better use of theme, which feels a little less abstract, but Dominion may be a better choice for a wider audience and doesn’t have the RPG and monster-slaying aspects of some of the others. If you haven’t ever played it, don’t wait around a couple more years like me—trust me on this one.

Tired: The theme is barely there — it’s pretty abstract and could have just as easily been space exploration or accounting. 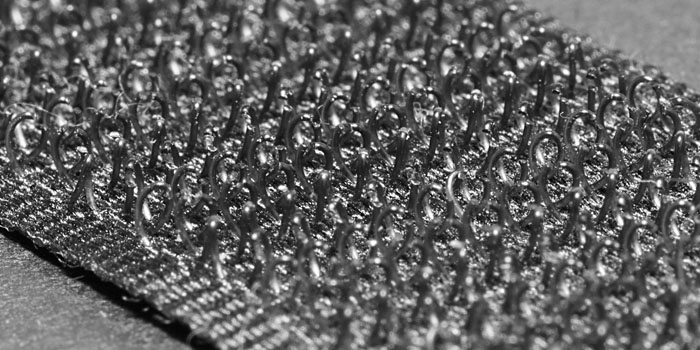