I was recently given a copy of the new young-adult novel, Saltwater Taffy, by a friend of mine who knew my fascination with Caribbean pirates during the time of Jean Lafitte and Blackbeard. I was not disappointed. Shortly after finishing the book, I emailed the author – Eric DelaBarre – because I believed he would be a terrific person to interview for the GeekDad site. I was not disappointed in that either…

“Set in the seaside town of Port Townsend, Washington, Saltwater Taffy follows the lives of five friends as they uncover a treasure map that once belonged to the ruthless New Orleans pirate, Jean Lafitte. The discovery thrusts them from one treasure hunting adventure to the next as they try to out-wit, out-think and out-maneuver everyone from a one-legged junk yard man and an overbearing town bully, to the creepy old man living at the top of the hill. Saltwater Taffy is a race to the finish adventure that will capture your heart, again and again!”

A few GeekDad questions with the author, Eric DelaBarre:
What was your inspiration for Saltwater Taffy?

Do you remember the iconic shot of the Star Destroyer appearing over the camera in Star Wars: A New Hope…when the entire theater began to shake from the low rumbling THX sound? Well, I knew at that moment that I wanted to be involved with telling stories. Sure, I was 12 years old, but it was like a bolt of lightning. I really didn’t start writing until I was in college, but I had been preparing for a career in the entertainment business all my entire life. I played in the school band and that was the furthest thing from ‘cool.’ I was teased and called “band geek” more than a few times, but I knew that I liked what I was doing. If you like something, you can withstand the ridicule from the other kids. Writing in Hollywood is kind of like High School. It’s a very tough road to choose, so you better have a tough skin. That being said, Writing period is a tough job, because there is no blueprint. Each time a writer sits down to create fiction, you start from square one. Essentially, the world is yours. That can be a tough thing. But again, when you like what you are doing, it causes you to keep on keepin’ on. That’s how it was with Saltwater Taffy. The idea was a screenplay at first, but it didn’t work. It had story problems and lacked an overall thrust. What’s a story without an overall thrust? A ream of paper. So, I put it onto the shelf and kept the idea percolating. Percolating is another word for “I HAVE NO IDEA HOW TO TELL THIS STORY….yet.” That’s the key to writing…rewriting. Writers never finish, we simply find a place to stop.

After 7 seasons Law & Order, I hooked up with one of my old bosses and went to New Orleans to work on a show he was running called THE BIG EASY. Based on the movie with Dennis Quaid, the TV show was your typical cop show, but it was set in New Orleans, which is anything BUT typical. Walking the streets of the French Quarter was like taking a ride in Dr. Brown’s Delorean. It was SAWEET. The city is RICH with culture, music and wow, what a storied past. The Battle of New Orleans. The riverboat gamblers. And yes, the master himself, Jean Lafitte. You want to talk about a bad guy? A Darth Vadar type of guy? Jean Lafitte was it. I must admit, I had no idea who he was before working on the show. Then, one night, I walked into the Lafitte’s Blacksmith Shop Bar. The Blacksmith Shop drips with mystery and intrigue. The low ceilinged building is painted black on the interior and if you exercise your imagination just enough, you can see the pirates bellied up to the bar.

To actually stand inside of a building that once housed some of the toughest of men in the entire south…Lafitte’s ruthless gang of pirates…was AWESOME. At the time of the discovery, I was living in the slaves quarters of a carriage house on Chartres Street and soon learned about the mystical happenings in the soulful city. Every night I was jolted out of my bed by the stereo as it suddenly turned on. Thinking it was on some kind of timer, I turned it off and went back to bed. Three in the morning of the next day, there I was standing next to my bed reacting to a blaring stereo. The next day it was four in the morning. I thought it might have been triggered by a neighbor and a powerful remote control for his TV, clicking on the same frequency, but the stereo was an old ‘pre-remote control’ type. It was a good theory, but the next day I unplugged the darn thing. I really began to understand what life in New Orleans was like. Mysterious. The history of the French Quarter fascinated me. Talking to some of the locals at Cafe DuMonde’, I discovered the city was inhabited by an army of ghosts. One man told me the ghost of the slave quarters turned on the stereo because they wanted me to know that I was just a visitor.

What sort of research did you do on your pirates?

Well, I read Treasure Island a million times when I was a kid, of course. I loved that book. Black Beard. Count of Monte Cristo. Pirate stories were my thing, so I had a good base of pirate knowledge going in. After I turned in a book I was ghost writing for Random House/Harmony Books, I made a short film with Vanessa Williams called Hummingbird for the Elevate Film Festival. It’s one of those crazy “make a film in 48 hours with $1000 bucks” kind of festivals. It wears ya out, but that was a good thing. When I sat down the next day to write, I was so tired and weary. It was one of those “hmmm…so, now what?” type of moments. I didn’t have an assignment for a film and TV work was drying up, so I did what all writers do when they don’t have a BIG IDEA nagging at them I pulled out an old draft of the Saltwater Taffy screenplay and thought it was time to crack the story problems and write a new spec script. Because I had been working out the “long form muscles with writing the novel for Random House,” my outline started to feel like a first person narrative and that was new territory. Then something cool happened. The flood gates opened up and I was writing without a net, as they call it. Ya know…writing without any idea of where the story was going. Usually you do research and outline things so you don’t write yourself into a corner. That’s how Law & Order was and most TV shows writers work. You don’t write one word until the “beat sheet” is approved. Then I reminded myself I wasn’t writing for anyone but me and there were NO RULES. Plus, when the flow turns on like that, you never ask questions. You just write. I was still without a through-line thrust, but one day I saw a copy of a Big Easy script I had written and BOOM…the idea for Lafitte’s Lost Treasure was born. I spent hours staring at my blinking cursor trying to figure out how the treasure map, the cipher texts, and Jean Lafitte himself all tied together. I knew I was onto something because there isn’t a kid out there who doesn’t fantasize about finding buried treasure, which by the way has yet to be found in the swamps of Barataria Bay. Who knows if it even exists, but the legend lives on.

What is next for you?

During the Summer of 2012 we are making the Saltwater Taffy feature film. I have already begun the work of adapting the book, but questions from readers and media continue to ask: is there going to be a Saltwater Taffy sequel? A book two? Yes, there are going to be more books. Three in fact, which follows our characters into High School. This is why we have the National Saltwater Taffy Essay Contest (http://www.whatagreatbook.com/contest). While I have a strong idea to what books two and three are about, I am open to the grand imaginations of my readers. The winning Saltwater Taffy essay receives $1000 bucks, but also could be a writer credited on book two. Wouldn’t that be cool? A “tweenage” reader who gets his or her idea made into the sequel for the next Saltwater Taffy book?

Saltwater Taffy is my complete focus. I will no longer waste my energy on other projects because teaching children the simple notion that they can do whatever they put their minds to is AWESOME. I want to teach them that there is no difference between creative people and non-creative people. There is, however, a differnce in the ACTION each person takes after the idea strikes. Doubt or enthusiasm, it is up to each of us. We all have ideas. It’s human nature to engage in creativity, but what happens AFTER the thought is what counts. Book two is currently titled “Saltwater Taffy: The Porsche” In the summer of 72, my older brother Gary and I went on a roadtrip with our Dad in his 914 Porsche. When I say road trip, I mean a SERIOUS month-long road trip. If you know anything about the 914 Porsche, you know that it’s not the size of a Lincoln. It’s beyond tiny. But, we did it…and we never once stayed in a hotel. We camped, hiked and fished the entire run. We stopped in Yellowstone…caught stringers of Rainbow Trout…roasted Marshmellows for S’Mores…told ghost stories around the campfire. We did it all and finally ended up in North Dakota where my Mom and Dad are both from. Mom’s from Fargo, Dad’s from Bismark. They met in college and got married. The divorced when I was three years old, but they came together perfectly in a moment of time to create my brother and I and that’s pretty cool. Ironically, I met my wife here in Santa Monica and get this…she’s from Fargo, North Dakota. We’re expecting our first child in May…so, I am now official going to be part of the Geek Dad’s tribe.

Special thanks to Eric DelaBarre for taking some time to talk with GeekDad! 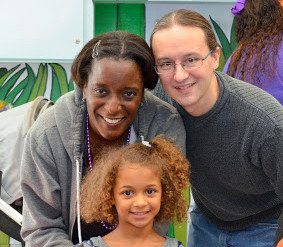 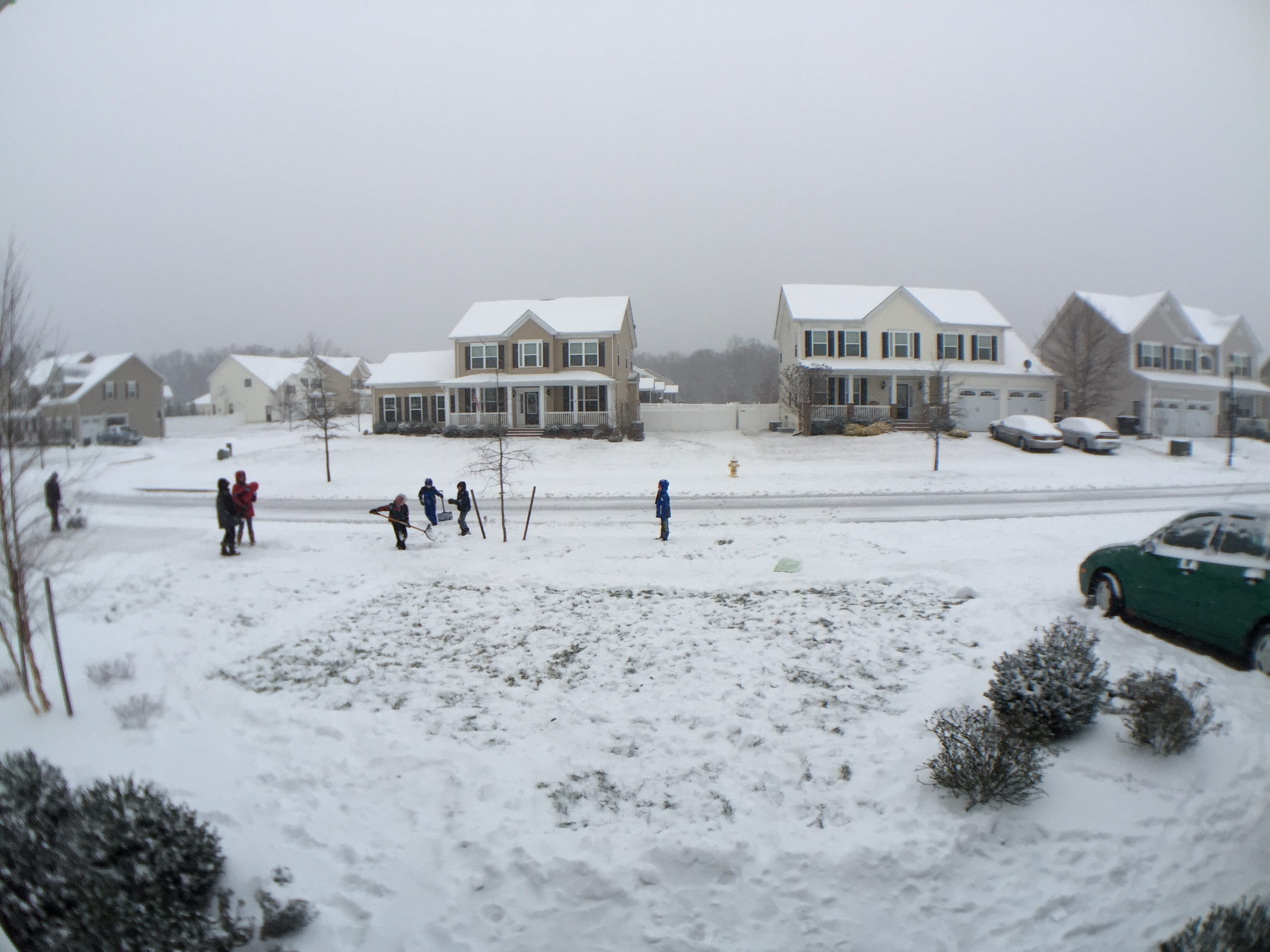