Overview: It’s a small world—literally. A bunch of different races (halflings, dwarves, ratmen, skeletons, giants …) have decided to settle a territory which is sparsely populated by a few remaining tribes, but there’s simply not enough space for everyone, which leads to armed conflicts pretty quickly. With mix-and-match races and quirky powers, Small World

is a different game each time. Playing Time: 40 to 80 minutes (varies somewhat with number of players)

Who Will Like It? People who like the idea of Risk better than the actual play; also, people who enjoy a bit of parody with their fantasy tropes. Theme:
The characters in Small World (called “races”) come right out of fantasy fiction. Well, mostly. I’m not sure where the Ratmen came from. But there are Amazons, Orcs, Sorcerers, Ghouls, Tritons and so on. Each race has a unique benefit. The races are then coupled with Special Powers: Seafaring, Fortified, Dragon Master … there are twenty to choose from, and each power also confers a unique benefit. Since the combinations are shuffled and randomly arranged, you never know what will be available until they’re laid out.

The idea of a small world is also taken to the extreme. The boards are designed so that there will be conflicts almost immediately because of the number of spaces available—and moreover, the attacker will almost certainly wipe out a few of the defender’s armies.

Components:
Small World comes with a lot of bits: one custom die, a couple game boards, and a whole pile of cardboard tokens you’ll need to punch out. It’s one of the few games I’ve played which includes a diagram in the manual showing you where all the pieces should go in the storage tray.

The boards are double-sided, with a different map for 2, 3, 4 or 5 players. There are banners for 14 races and 20 special powers, plus 168 tokens for all the various races, a bunch of victory coins, some special pieces (mountains, Troll lairs, encampments, and so on), and a turn marker. The die is a nice wooden one with rounded corners, blank on three faces and showing one, two or three squares on the others.

The illustrations on everything are excellent, a play on fantastic creatures: the Elves are prancing while sniffing flowers, the Halflings look like very nasty Hobbits, and the Skeletons are inexplicably wearing cowboy hats and boots. Or maybe that’s a pirate hat.

The flip side of the race tokens (representing the race “in decline”) makes it harder to distinguish one race from another—they’re all in muted grayscales and it’s harder to tell at a glance which tokens are which. Also, there are just a few too many pieces to fit flat in the tray, so that could have been better planned. Other than that, the components are great.

Gameplay:
The goal of the game is to have the most victory coins at the end of the game, which lasts eight to ten rounds depending on the number of players. Coins are earned primarily by occupying territories, but there are a number of other ways to get more coins based on your race or special power.

The board is a map divided up into various regions—mountains, farmland, swamps, meadows, and so on. Some of the areas have icons on them which apply to particular races or special powers. There are also some icons for the locations of the Lost Tribes—”remnants of long-forgotten civilizations” that are basically just there to take up some space at the beginning. In addition, each mountainous region gets a Mountain token which makes it a little harder to conquer.

The race banners and special powers are shuffled up and stacked, and then the first five combinations are laid out (with the sixth visible on the top of the stack). These are the available combinations for players to choose from. One interesting mechanic is that the first race/power combination (furthest from the stack) is free to take, but all the others cost you victory coins—the closer to the stack the more it costs. You pay coins by putting one on each combination above the one you choose, and this money accumulates until somebody chooses that combination. What it means is that if a particular combination doesn’t seem great, eventually it’s worth taking simply because it’s worth extra money.

Each race and special power banner has a number in the corner, and you add the two together to find out how many tokens you get to represent your population. And then you invade.

Conquering regions is actually very simplified and (in general) does not involve any die rolls. It simply takes two tokens for a territory plus one token for each token that’s already in the region. So an empty region takes two tokens to conquer; a region occupied by a Troll (1 token) in its lair (1 token) on a mountain (1 token) requires 5 race tokens to conquer. You remove the other player’s race tokens, discard one of them, and the rest get to flee to other regions that race occupies.

On the very last conquest, if you have at least one token remaining, you can attempt to conquer a region with the help of the die—it will add one, two or three to your tokens for the purposes of conquering the region. This is really the only luck-based part of conquering, which means that everything else is about selecting regions wisely.

You get to keep conquering until you run out of tokens, and then once you’re done you can redistribute your race tokens for defensive purposes. After all of your troops are redeployed, you get one coin for every region you occupy.

On following turns, you can pick up your troops, leaving at least one token in each region you wish to continue occupying, and use the rest to conquer some more. (You can abandon regions if you choose.)

Finally, if you feel that a particular race has done about all it can, you can enter into decline. You leave only one token in each occupied region, flipped over, and remove the rest. Your race banner gets flipped over, which cancels most of the race benefits, and the special power no longer applies (unless otherwise specified). You still get to collect coins for territories held by the race in decline, but they no longer conquer (and are easier to conquer). Entering into decline takes your entire turn—that is, you don’t get to conquer this turn, and then you get to select a new race on your next turn.

The races give all sorts of different benefits: some races get more coins for particular types of regions—Dwarves get bonus coins for mines, Humans get bonus coins for farms. Ghouls get to keep all of their tokens on the map when going into decline and continue to conquer new regions. Orcs get bonus coins for each non-empty region they conquer. The special powers are also quite diverse—some give bonus coins, but others allow you to build defenses on your regions.

For more details about the game, Days of Wonder’s Small World website has plenty other information including PDFs of the rules.

Conclusion:
When we played this at PAX, one player commented: “Every combination is overpowered.” You know how in some games, there are particular strategies or combinations that seem overpowered? Whoever gets that has an unfair advantage. But in Small World, nearly every combination has ridiculous benefits—if you know how to use them. The mechanic of different pricing for the combinations is also better than a random draw—you can spend more to prevent somebody else from getting a particular combo, and the less desirable combinations eventually become more valuable.

With 20 special powers and 14 races, there are so many different combinations available—and in a game where many players go into decline and pick new races, eventually you may cycle through a race a second time—with a different special power this time.

I’ve really enjoyed playing Small World—I was never really able to get into Risk, and the way Small World works it allows for more strategy and less dependence on the whims of the die. Plus, the race combos are just a lot of fun. Another nice touch is that you can keep the victory coins face-down (they come in denominations of 1, 3, 5 and 10) so it’s not always evident who’s ahead until the game ends and the scores are tallied up. We’ve had some very close games, and some surprising victories.

And if you want more, there are a number of small expansions

, a deck of cards which puts a new random rule in effect for each round of play. I haven’t gotten to try it out yet, but it has the potential to really introduce a lot of chaos to the game—whether that’s good or not I’ll find out later.

Fellow GeekDad Dave Banks has this to say about the iPad version:

Small World is also available for the iPad. The $6.99 application is a very good port of the regular board game. The graphics are top-notch and the experience is very similar to sitting down to a game with a friend. The game only has two-player mode, as playing on the bigger board would be tough to fit in the iPad’s limited screen real estate. One nice feature is that you can sit down across from a friend to play and – when your turn is over – there’s no need to spin the iPad. The game automatically flips the screen on the horizontal axis, so your opponent can now see the board from his vantage point.

The only downside to the iPad version is that the rules lack detail. If you don’t come to the iPad version without a working knowledge of the game, it might be tough to figure out. (Not impossible, just not easy.) Also, there is no adjustment for AI difficulty, which means the game might be too tough (or too easy) for some players. Still, it’s a good translation and lots of fun to play. There aren’t many really good board games that have tried to make the jump to the iPad, so it’s really appreciated that Small World has made the leap. We wish more games would follow the example of this great game.

is lighthearted, but by no means a lightweight. I’d highly recommend it as part of your game collection—it’s a good middle-length game and eminently replayable.

Wired: A winning combination of funny fantasy and serious strategy. Well-organized storage tray for all the little race tokens.

Tired: The “summary sheet” for each player can look overwhelming at first, and the “in decline” action can be a little confusing the first time through. 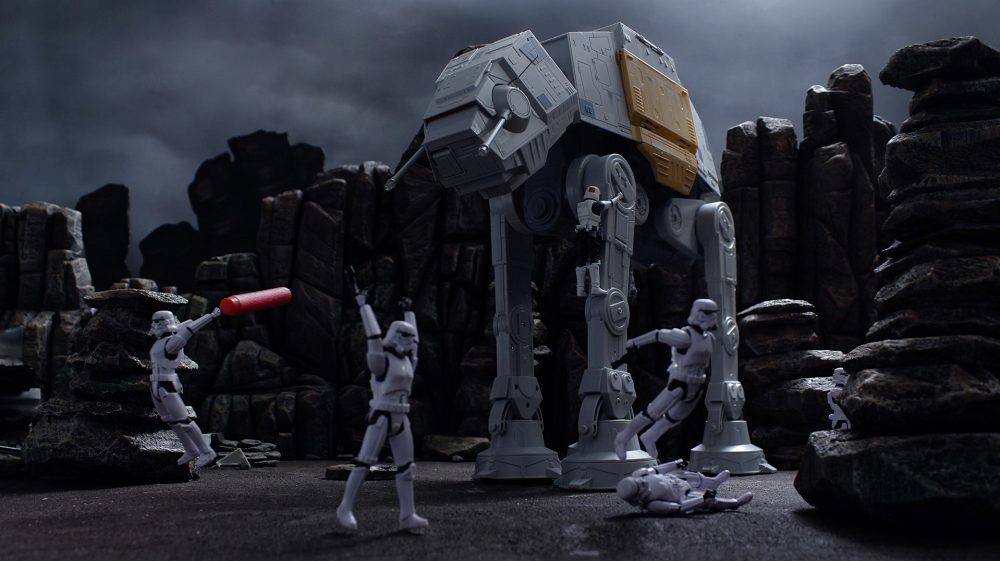