Brother recently sent one of their MFC-990CW multifunction printers for me to play with; considering the model supported wireless printing from an iPod Touch, iPad or iPhone now (instead of waiting a few more weeks for Apple to release iOS 4.2), I was more than happy to give it a shot. The MFC-990CW offers everything we’ve come to expect in a multifunction printer: faxing, scanning, copier and printing capability. It ups the ante (at least for printers in its price class) with Wi-Fi (b/g) connectivity, Bluetooth, a functional 4.2 inch color touchscreen and a 5.8 GHz wireless handset with digital answering machine. Additional connectivity options include USB 2.0, ethernet, PictBridge and the ability to read Compact Flash, Memory Stick, SD and xD memory cards. Add in the Brother iPrint&Scan App and you have to work pretty hard to find a device that can’t join the party in one way or another. The printer uses four individually replaceable ink tanks to cut down on consumable costs, although it only ships with reduced capacity starter versions.

While the MFC-990CW is a capable and reasonably compact printer, it is marred by some questionable design choices. For example, a physical hookup (via USB or ethernet) requires threading a cable inside the machine instead of simply plugging it into an exterior port. The wireless handset is recharged via a cradle that juts out of one side of the printer; the manual references a wired handset in which the cradle is removable, but the cordless version seems permanent (which makes sense give the cradle is now powered instead of merely aesthetic). That extra few inches made a difference in where I was able to set up the otherwise compact printer. Speaking of the phone, having the handset and answering machine are a nice bonus, but the printer has to be left On in order to use it, which means you have vampire power draw from a printer left on 24/7 in order to have your answering machine and cordless phone available. The power cord isn’t removable, which is a pill when moving the printer around. Having a dedicated tray for 4×6 photo paper is great, but it has to be manual engaged by removing the entire paper feed tray and sliding the photo paper hopper forward. This would be a minor annoyance except by doing so, the photo feeder tray is buried deep in the guts of the printer, requiring you to remove the entire tray again to retrieve any 4×6 prints.

Annoyances aside, how does the MFC-990CW perform? I try to minimize cables in my office, so I opted to configure for WiFi access. There was a bit of stumble out the gates when the supplied CD wouldn’t install the driver on my Mac -I have another Brother printer which is using a more current version of the included scanning software and the installer wouldn’t go any further, but also wouldn’t give the option to install the printer driver only. After wrestling with the CD for a few minutes, I bypassed the installer and downloaded the driver directly from Brother’s web site. Setting the printer itself up on my WiFi network was a piece of cake, thanks to its touchscreen display and easy to follow menu. Finding the printer from the Mac required digging a scanning program out of the Printer Library, but after that was done, all was well. From start to finish, it took 15 minutes, which is about 10 minutes longer than I’m accustomed to with Macs, but then again this was the first wireless model I’ve tried and it was also added to a network that has multiple existing printers.

Printing and scanning functionality was solid. The MFC-990CW is pretty fast (claimed 33 ppm in black and 27 ppm in color) and I didn’t have any experience that would lead me to think those are exaggerated. Text was particularly crisp and at highest quality (6,000 x 1,200 dpi) it’s particularly impressive, even on regular paper. The scanner has an optical resolution of 1,200 dpi x 2,400 dpi; it’s obviously not pro grade, but should be perfectly fine for anything most small office or home users would throw at it. The same thing with the copier function, although with the cost of inkjet consumables, most people won’t be making multiple photocopies on a machine like this. Still, it’s nice to have in a pinch. I don’t do a whole lot of faxing, so I didn’t get around to testing that function. I was particularly interested in photo printing. We currently use an older Canon Selphy dye-sub printer and while it has done a fantastic job, every OS upgrade means struggling with printer drivers and constant tweaking to avoid borders when printing photos. The MFC-990CW has a dedicated 4×6 photo paper tray and much finer resolution than the Selphy, so I had high hopes. After a few days of experimenting I’m about ready to declare a draw. The Selphy has the upper hand when it comes to durability (the final pass of the printer lays down a clear protective coating), while even with glossy photo stock the MFC-990CW’s photo prints were flimsier. Despite having an effective resolution of only 300pdi, the Selphy’s dye-sub printing never showed any evidence of banding. The Brother inkjet didn’t either, but holding the paper at the right angle revealed marks from rollers that marred the end result somewhat. But the Brother’s output was far sharper and it was about twice as fast as the Selphy. Borderless photo printing was usually borderless (at least printing from iPhoto), but there were often hairline white areas at the edges that no amount of tweaking seemed able to get rid of.

Which brings me to printing from my iPhone. This is very slick. The free Brother iPrint&Scan App (which also works on iPads and iPod Touch models and with a variety of Brother wireless printers -see here for supported device details), makes it dead simple to select any jpeg photo and print it. When AirPrint arrives with iOS 4.2, you should be able to print documents and photos to printers on wireless networks, but for now this is a welcome feature. Despite the fact that iTunes optimizes photos when synchronizing between iPhoto and an iPhone, at the 4×6 size, I was unable to distinguish a photo printed from my iPhone from the full size version printed from iPhoto. Except for one thing, that is. While I kept getting those hairline white border slivers when printing from iPhoto, borderless printing was always perfect from my iPhone. The App also supports remote scanning, triggered by your iPhone, but that function seems a little less useful to me.

In conclusion, if you’re looking for a capable multifunction printer in the $200 range, the Brother MFC-990CW is a pretty solid choice. It does have its design quirks, but it’s also a compact, affordable and fully featured model that should satisfy the needs of home and home office users. And if you’re jonesing for the ability to print photos from your iPhone, iPad or iPod Touch, you can get a few week’s jump on everyone else.

Disclosure: Brother supplied me with an MFC-990CW for testing purposes.

Why You Need to Help Save the James Webb Space Telescope 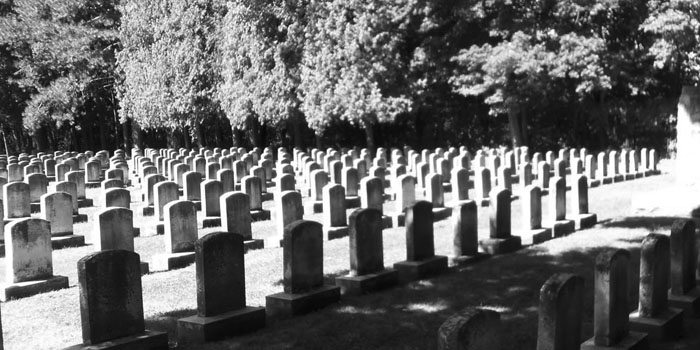