In case you missed the previous post concerning my quest to upgrade my non-geek dad, here is a summary. My dad is a member of the Baby Boomer generation, born between 1946 and 1964. He has worked at the same company for forty-plus years, and is now retiring. Now that he will be free to explore other interests, he needs a bit of updating to the modern times. His employment provided him a computer and a cell phone, if you want to call them that. The computer was a monochrome Tandy, just to give you an idea of its age; and the cell phone predated Cingular as a company. It is now my goal to get him up to date with technology.

The next item in this cavalcade of technology has been around for quite a while, the Flip video camera. I actually own a Sony Handycam, which is what we have taken on every vacation and been used to film every birthday for the past five years. However, since we were having a party that I needed to be involved in, I needed something that was less intrusive. A friend of mine who went to Comic-Con this year showed me excellent footage that he shot with his Flip, so I asked if I could borrow it.

What a difference! First thing I noticed was that it was light, but not light in a cheap-feeling way. Second feature I noticed was the lack of buttons. This full feature camera has one button in the middle of a d-pad and two other small buttons. The one large button in the d-pad is pressed for record and stop, which is what you really need a video camera for. Honestly, everything else is secondary. Video editing, which can be done on the Flip is usually done on the computer later, so why does that need to be in the way of shooting? After I collected all my footage from our party, I then inserted the built in USB connector to my PC. The Flip then took over installing the necessary software to transfer footage and edit. I own Adobe Premier but I found that the Flip’s installed software was sufficient to edit the footage and make it internet ready.

My Boomer Dad travels extensively and before now has never had the ability to film any of his trips. Sure he has a digital camera that he takes pictures with, but nothing brings back memories like video. The Flip is one video camera that I know he could use and would enjoy because of the very features I listed above. It is so fun to use, my wife wants one for herself… I wonder if there is a bulk discount?

Disclaimer: No consideration was given for this post. This is just me telling readers about some items that I have found helpful to those who are not as technically inclined as some. Your mileage may vary. All photos are from the Flip website. 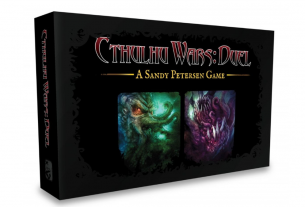