The year is 3042, which of course means that there are death match tournaments. Fighters across the world strap blasters to their arms and shoot it out for fame and glory—or at least a high score on the Facebook Leaderboards.

Battle Blasters for the iPhone and iPod Touch is an arcade-style one-on-one shoot-out. There are six different unlockable characters, each with different speed, defense, power and abilities. The controls are pretty simple: swipe to the side to move, forward to shoot at the enemy, down to block, and tap your character to activate your special ability. The trick is learning the strengths and weaknesses of the various characters, and eliminating them as quickly as possible.

The campaign mode is reminiscent of old-school fighting games like Street Fighter: you pick a character, then battle your way through all the characters (fighting your doppelganger, of course), each with their own background setting. The last opponent is B.R.O.C., a massive robot who freezes you and then unleashes a hail of bullets. Each fight is best-out-of-three, and ends with the victor making some quip about the fight. (Some are more amusing than others, but with a limited repertoire they do get repetetive.) You also get very detailed stats about the fight for both you and your opponent: shots fired, accuracy, shots deflected, etc.

Quickplay lets you choose your player and opponent for practice. Multiplayer is interesting: since controlling your character only requires half of the screen, you can actually play against a friend on one iPhone. However, because it’s not a true top-down perspective, Player Two has to work upside down. (The biggest thing you’ll need to watch for is sharp fingernails!) I’ve been informed that Online Multiplayer is in the works for a future update. You start the game with only Easy mode and one character, Jerett (that handsome bald guy in the blue armor). Beating the campaign unlocks a difficulty level and another character. So far I’ve beaten Easy, Medium and Hard, but Supreme has proven to be beyond my abilities; although it appears that B.R.O.C. will be the reward for doing so.

It really does feel somewhat like an homage to Street Fighter, with its colorful manga-esque in-game charcaters (and the more detailed portraits before and after the fights). However, unlike Street Fighter there isn’t any pretense of a plotline here. You have a blaster, you’re trying to shoot everyone else. Who needs a story?

It’s mostly kid-safe as long as you don’t mind the idea of people with guns where their arms should be. There’s no blood and gore, just glowing balls of light. But for kids who have grown up with first-person shooters, this may be a little too simple. It may in fact be more popular with people like me, nostalgic for old Sega games. (I did, after all, play it enough to beat three difficulty levels, and I’ll probably keep trying to beat Supreme.) The increased difficulty levels and unlocked characters add replay value, but it does start getting repetitive. I haven’t played much of the two-player version, but that would certainly add some interest to the opponent.

Battle Blasters is $2.99 at the Apple iTunes Store.

Tired: May be too simple for your kids (but that means they won’t be stealing your iPhone to play it, right?); until online multiplayer is available, it might not keep replay value for long.

Disclosure: GeekDad was provided with a free download of Battle Blasters for review. 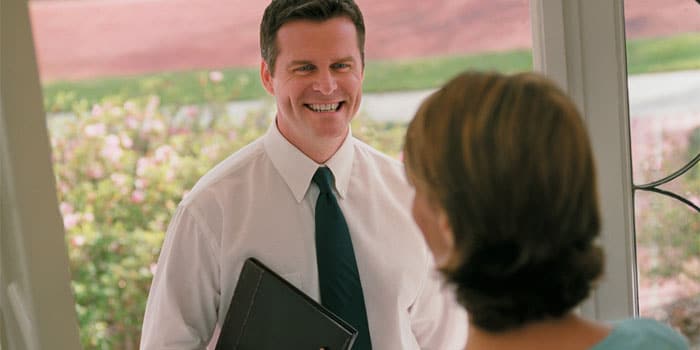