We’ve had some great feedback for our family anecdotal video game reviews on Game People. So this week we’ve been trying our hand at reviewing board games in the same way. Rather than rating them, we want to inform and tell stories about what happened when our families spent an afternoon together playing a particular game.

The first game on our list was the excellent Ticket to Ride. Here’s what we made of it…

It’s Sunday afternoon, and we have managed to all sit around the table together and play the Ticket to Ride board game. This beautiful looking strategy board game has all the ingredients to keep both Mum, Dad and our eight, ten and twelve year olds entertained.

Type of Game
Ticket to Ride is a cross-country train adventure board game, in which players compete to connect different cities by laying claim to railway routes on a map. No general or geographical knowledge is required to take part, instead it’s a strategy game, so timing and tactics are important.

We were playing the original version, in which players build railroads across North America, earning points by completing ‘tickets’ (akin to Risk’s mission cards), and collecting coloured train cards which lead to being able to claim train lines between destinations – you earn more points for longer lines, and these points can be counted during the course of the game, using extra counters which move around the numbered border of the map.
Kits and Expansions

It is playable by 2-5 players, our family of 5 could all play without the need for an expansion pack. There are different versions of the game: Europe, Nordic Countries, and various expansion packs with dice, different cards, and extra destinations available. For example, Ticket to Ride Europe adds a new board, tunnels, ferries and train stations and has larger cards.

Getting Started
The game is very easy to set-up and start playing; from getting it out of the box for the first time to the first go took just five minutes. The instructions were clear and easy to understand, and gameplay moved quickly as each person can choose one short action in their turn. With five players, the game took us about an hour and a half from start to finish.

Playing the Game
Our family all took different approaches to playing, and because the point bonuses and penalties are calculated at the end of the game, it was tricky to tell who was going to win – not necessarily the person who lays all their trains first! While the points earned by claiming train lines is important, it obviously isn’t the only way to earn points. One of the children aimed for the longest train line, while another of the kids concentrated on their difficult goal cards.

As usual in our household, the adults played very competitively! One of the children managed to block Dad, who realised that the order in which he’d claimed lines had made the difference to whether he won or lost the game! Meanwhile, the luck of the draw of goal cards meant that Mum was able to complete rather a lot of these tickets, and in the end this was what won the game!

Our geographical knowledge of North America isn’t very good, but we imagine it would improve really quickly with a few plays of this game, so it could be argued that Ticket to Ride is an educational board game. However, because the board is so clear, we found we could easily locate the cities that we needed to visit on our travels despite not really knowing our US geography! The board, cards, and other game pieces are all really good quality, so we felt that the game merited its relatively high price tag.

How Long and How Old
Despite taking over an hour to complete with five players, it was a very enjoyable game to work through. The transport theme appealed to our son, and made it different from other empire building tactical games that we’ve played. In style, the game is similar to Risk, as the ticket cards reminded us of Risk’s mission cards, but Ticket to Ride keeps things short, sweet, and simple, which is a bonus when playing with children or you don’t have a whole evening spare! The age recommendation is 8 upwards, which is a good guide, but we agreed that younger children might also enjoy playing, perhaps as part of a team. The ultimate aim, scoring, and gameplay are all simple to understand, yet there are hundreds of different strategic decisions to make, which means that this is a game which will certainly stand the test of time and become a firm family favorite. Those that want to take things further can even compete in the Ticket to Ride Championships held on the Orient Express.

Wired: Lots of ways to win. 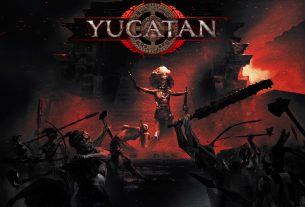 Kickstarter Tabletop Alert: Lead Your Clan to Victory in ‘Yucatan’