I’m just back from a few weeks off camping in Canada’s smallest province, Prince Edward Island (or PEI for the acronym crowd). It was a long drive, but completely worth it. I’ll post something about the experience in the next week or so, but for now I wanted to touch on a strange phenomena I couldn’t help but notice as I drove: an inexplicable fascination with oversized objects along the Trans Canada highway

We loaded the kids in the truck, hooked up the camper and hit the road for a drive that would take us through the provinces of Ontario, Quebec, New Brunswick and finally, onto Prince Edward Island. I’ve made much longer drives, but at roughly 2100 km (about 1200 miles) each way, this was the longest we’ve made to date with the kids. I was under the influence of DS and GameBoy game soundtracks, nattering, occasional arguing, snoring, talk radio and a cold to boot, so the conditions weren’t the best for picking up details in my peripheral vision, so at first I thought I might have been seeing things. I started noticing the strange objects once we were in Quebec. There was what appeared to be the head and torso of a reasonably realistic and full-scale T Rex sitting on a flatbed trailer in someone’s driveway. Odd. I decided it was time for a coffee right about then. After that, we passed what appeared to be a giant husky standing guard outside a campground. That one was probably at least ten feet tall. We saw giant apples, cows, potatoes and innumerable oversized mascots. As an aside, eventually the potatoes led us to “Potato World.” My wife snapped a picture of the museum as we passed by on a refueling pit stop; there were no takers to stop in for a visit, although I’m sure it would have been a unique experience. Next up, was the parade of oversized moose warning signs, some complete with flashing caution lights. Near the end of the second day, we started seeing giant lobsters and then the piece de résistance, Confederation Bridge.

Confederation Bridge is an imposing structure, a considerable feat of engineering and remarkably unassuming to drive over. I suppose the lack of excitement during the crossing is intentional; undulating spans or a roller coaster effect might appeal to thrill seekers, but if you’re looking for reliable, long lasting and accident-free operation, dull is the way to go. Starting out across 8 miles of Confederation Bridge. Photo: Jody Moon.

The bridge was built to link Prince Edward Island to the Canadian mainland. Completed in 1997, the structure replaced ferry service as the only way for automobiles to reach PEI. At just under 13 km (8 miles) in length, it’s not the longest bridge in the world (although it was 10th longest for a number of years until a spate of new bridges were completed by the People’s Republic Of China after 2003), although it does still lay claim to being the longest bridge in the world to cross ice-covered salt water. “Ice-covered salt water” smacks of tailoring the variables a little to me, but it’s safe to say there’s no disputing the fact that it’s big. Speaking of big, all that concrete comes with a plus sized toll. We were towing our trailer, so we had to pay for the extra axle, but even cars have to fork over $42.50 to cross (that’s around $38 US), so it’s probably not a crossing to undertake just for kicks. Or fresh potatoes.

Back to the oversize novelties, I almost forgot one of the more surreal ones. It’s not oversize, but full scale, which made it even more surprising. At “Jurassic Barts,” near Cavendish, PEI, there’s a full sized, wooden mock up of a space shuttle. When I came around the corner for the first time and saw that thing looming in the distance, I knew that it was time for something much stronger than coffee. 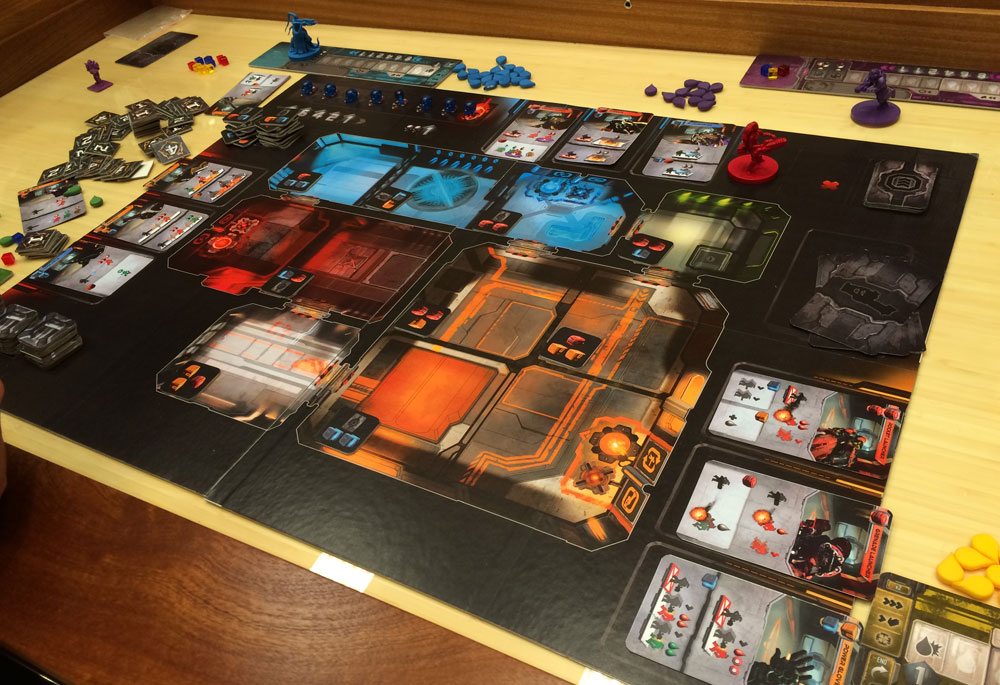