This week, investigators needed (but did not receive!) your help deciphering clues that should lead to the location of sensitive documents super-villain Jack Smith stole from JPL. Sadly, we received not a single email with a solution, so there is no winner for this week. If you did submit a solution, please post a comment so we know that we have technical problems and didn’t just stump everyone. We apologize if you submitted a correct answer and we lost it, but since we didn’t get it, we can’t award anyone the $50 gift code to ThinkGeek. 🙁
Puzzle and solution after the jump.

Investigators have reason to believe super-villain Jack Smith has stolen classified documents and passed them on to one or more agents of another State. Several notes passed between an unknown individual and Mr. Smith were discovered in his hotel room (Gumshoe Kelsey dug through Smith’s rubbish bin; even supers make stupid mistakes). The notes are copied below. They are a mystery to the lead investigators (all of the super-spies are on assignment). Here, the bold numbers were written in one hand while the regular font numbers were written in a different hand.

Finally, the following was written on a scrap of paper taped to the bottom of the Mr. Smith’s keyboard:
Troublesome Ming should be on this bland diet to ease her stomach problems.

Although these clues alone seemed pretty useless, Gumshoe Lo Shu has an idea. She’s heard about special mathematical squares but cannot remember the details. Shortly after the discovery of these scraps of paper, the following letter from Mr. Smith was intercepted:

As per our agreement, here are the coordinates: Make sure your niece is on the correct diet, she should eat whole kernels.

1) James. Also, atoms do this to make molecules.
2) For a triangle, it’s 1/2 b c sin(A).
3) Combine this with another one of different size for mechanical advantage.
4) You must do this with numbers before you can calculate the median.

Finding the solution to this puzzle required several steps. The first several tables of numbers are called magic squares. Briefly, a magic square is an NxN grid of numbers such that all rows, columns, and diagonals sum to the same number. This number is called the square’s constant. In the three examples, we have two squares with constant 34 and one with a constant of 50. One of the earliest examples of this type of puzzle was called the Lo Shu Square. These particular squares also happen to have a special characteristic whereby the square retains its qualities even if one or more rows is transposed or if one or more columns is transposed from left to right (or both). They are called pan-diagonal magic squares by Kenneth Kelsey. There are several other neat properties of these squares…

Anyway, those were warm-up magic squares to get you thinking on the right track. Next, we had a little note taped to the underside of Mr. Smith’s keyboard reminding him about Little Ming’s special diet. Such a diet is called a BRAT diet. It is no longer recommended that one feed their children such a restricted diet even when they are not feeling well. Incorporating those foods into the normal diet is fine. The BRAT diet clue will be important in a bit.

Finally, we have the letter from Mr. Smith to the unknown spy. The first major part is a basic “crossword” puzzle, with the answers going across:
1) James. Also what atoms do to form molecules
Bond
2) For a triangle, it’s 1/2 b c sin(A).
Area
3) Combine this with another one of different size for mechanical advantage.
Gear
4) You must do this with numbers before you can calculate the median.
Sort

You get the following table:

Let us go back a bit in the letter and examine the sentence:
As per our agreement, here are the coordinates: Make sure your niece is on the correct diet, she should eat whole kernels.

First, it’s got the reference to someone’s diet, as seen under the keyboard. Let’s assume that it references the same thing. You may notice the word BRAT on the diagonal from upper left to lower right. Second, we see that the other diagonal, this time from lower left to upper right spells the word SEED, which may be what is referred to in the mention of a “kernel.” Another thing I was hoping would be obvious is that the colon suggests that the coordinates are hidden in those two clues.

Now, let’s move on to the next part of the letter.
He did this instead of sitting: 9,14,13,7,8
If we treat this as another word puzzle, the answer would be STOOD. And, indeed, those five letters are in our little crossword solution too.

Assuming the word STOOD and the associated numbers are the link to get us started on the magic square, let’s place the numbers 9,14,13,7,8 into the empty magic square where the letters S-T-O-O-D are. Since there are two Os, we have to guess and try to solve the magic square. The square cannot be solved if you don’t substitute correctly.

With this partially filled magic square and the hint that it has a constant of 34, we can easily solve it.

There are basically four possible solutions. First, remember that coordinates are almost universally in the form of: (Latitude, Longitude)
Therefore, we can assume that BRAT = Latitude and SEED = Longitude.

The final hint is that this unknown spy’s niece’s name is Ming, which is a common girl’s name in China. That suggests the solution is (lat,lon) = (32.1514,91.258), which is in the south western part of China, some distance from a major highway.

While typing this solution up, I realized it was rather complicated. I hope I did not scare everyone off; I’ll try to make an easier/clearer one with fewer steps in two weeks. Curtis is writing next week’s puzzle, so please come back for more, even if you are dissatisfied with this one! 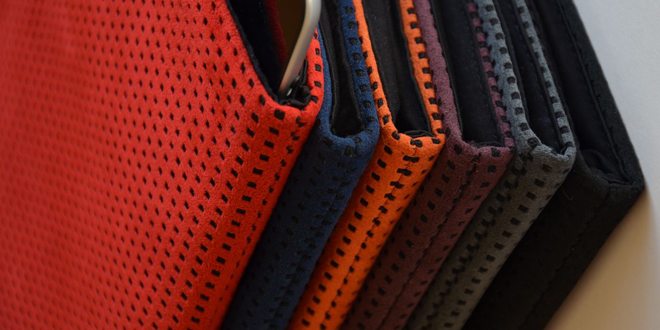