For mother’s day this year I had the bright idea to let my son give my wife a replica of our house in LEGO’s. I downloaded the LEGO Digital Designer Saturday night and got to work. For those who don’t know Digital Designer is a free download from the LEGO website that will allow you to construct a LEGO kit, print assembly instructions, submit to LEGO for pricing and ordering, and post your creations in an online gallery. It is at once a very cool and somewhat frustrating piece of software.

I’m usually a ‘read the manual first’ kind of guy but the interface on this program looked so simple I just dove in. After a few minutes of playing with the controls I felt comfortable enough to work on my project. If you’ve ever tried to create your own home plan you know that you are constantly resizing the base plan to get everything to fit. So I created a plan one brick high and kept tinkering with that until I got what looked right. Then I added the windows and doors and added wall bricks up to the top of the doors. The software interprets where you want to place the brick based on cursor placement. So if you want to place a brick behind a stack it will assume that you want to place the brick on the stack. So you’re constantly having to change your view to get a clear view of what you’re working on. However that’s a small price to pay for the simple and clean interface.

I ran into my first major problem trying to put a roof on my house. There are a number of different roof bricks to pick from, but the two major categories have slopes of 25 and 45 degrees respectively. I selected the 25 degree angle because it should take fewer bricks to roof the house and I was getting concerned at the cost. Unfortunately my back patio juts out and thus requires inside corner bricks where the patio roof joins with the rest of the house. For the life of me I could not find the appropriate brick in the huge selection of available LEGO bricks. I eventually decided to leave that part of the roof open, so that the inside could be looked at and played with.

By this time I had spent 2-1/2 hours playing with this model. The time just flew, a good indication that I was having fun despite the problems I ran into. Now I wanted to tweak the building by changing the color of some of the bricks. The color brick tool did not allow me near the number of variations as I had when I first selected a particular shape brick. I can’t see any reason for that other than oversight during the development of this program.

After taking the model as far as I could I sent it to LEGO for pricing. That was the most frustrating part of the process. There are three options to choose from when you start a new file, whether you select from LEGO Factory, Creator or Mindstorms. I built mine in Creator because a house seemed to fit best there, but LEGO will only price files under the factory selection. I eventually managed to get it priced by importing into a new factory file. That was after I looked through the LEGO website in vain for an answer. It clocked in at over $100. A little bit more than I wanted to spend on this present. I may have run the price up by not using the longest bricks I could in the walls, and there is still the issue of whether I used the best bricks for the roof.

For this article I wanted to pose a few people in the front of the house. But after I imported the file to Creator I no longer have the options for “people” bricks that I did before. Also when I was building I frequently selected bricks that could not be used if I wanted to price and order the model. So I would have to throw those away and select some other brick.

Overall the program was a lot of fun to use. But the difficulties above dampened my enthusiasm for this idea. Maybe I’d better just stick with perfume, as my son suggested. I would have liked this program to be just a little more consistent and easy to price out a model. What difficulties and work-arounds have you discovered in using the LEGO Digital Designer? 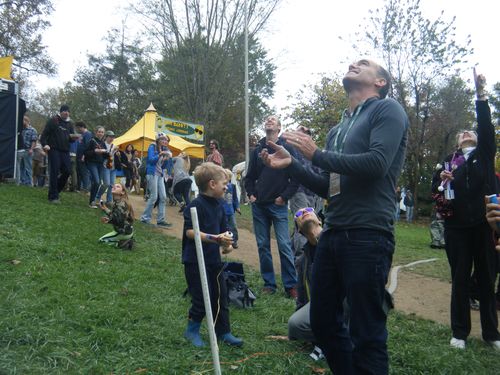