Summer is coming upon us rapidly, and as parents we (presumably) want our kids to spend their vacations productively. Relaxation is great, of course, but not for an entire season.

So I was very pleased when a list of “big ideas” from Dan Povenmire and Jeff “Swampy” Marsh, the creators of Phineas and Ferb (and whom I interviewed back in February), showed up in my inbox. Phineas and Ferb, which airs daily on Disney XD, is a show about two kids finding highly unusual and creative ways to spend their summer vacation, so what better source could there be? And, even better, they sent along an extra entry exclusive to GeekDad, because they really like us! Enjoy, along with some awesome guides to drawing Phineas and Ferb done by Dan!

“When it comes to art, you don’t need special equipment. You can draw on anything and use anything to draw with, so it shouldn’t cost too much to get into it. Whether it’s a pen, pencil, crayon or even a piece of chalk you find in the park, you can use whatever you want. And who says you need a blank piece of paper to draw on? Use scraps or anything you find that might work!” “One of the things that helped me a lot in cartooning was the art of copying. If I saw a drawing I really liked in a magazine or comic book, I would copy that drawing line-for-line and it showed me a lot of shortcuts. It taught me a kind of cartooning shorthand. I don’t mean trace these pictures. I’d just look at a drawing, analyze it and copy it line-for-line to see how the artist drew the picture in the first place. I’d then incorporate the techniques into my own art.”

3. Swampy says… There is no right and wrong

“One thing I’d love to teach children is the fact that there is no right or wrong way to draw. Draw what makes you happy and never worry about somebody saying, “Oh, that isn’t a good drawing.” There are so many, infinite drawing styles out there. Your work doesn’t have to look like it’s straight out of a comic book or straight out of an art book. As long as you’re expressing yourself and you’re getting a reaction, then that’s good.” “Believe in yourself. If you like to draw and you like to create cartoons or do anything creative, there is a way of making a living out of it. When I grew up there were loads of adults telling me I could never make it as an artist. They would say things like, “There’s a reason they’re called ‘starving artists.’ It’s because they’re starving! Nobody really makes a living making cartoons or drawing.” I always want to tell young people that if you love doing something, there are ways out there to make a living doing it. Go for your dreams!”

“Some of my favorite drawings were created by a guy who used to draw caricatures on his newspaper every morning of people sitting near him on the train. He would draw these caricatures in ink pen on the newspaper’s print. It wasn’t a clean, white sheet of paper, but he had reams of these drawings and they were the coolest pictures I’ve ever seen.”

“Take a doodle pad with you wherever you go so that you can practice drawing anywhere in the world. I used to draw flipbooks in the corner of my schoolbooks, which were a fun way to learn simple animation. I’d draw a bouncing ball and when you flipped through the book, the ball would bounce away. There are loads of animated scenes you could come up with. Be creative and go for it!”

“You’re never going to remember your school holiday in years to come if you spend the entire time playing video games and watching TV. But if you do something fun, inventive and unusual with your time, you’ll remember it for the rest of your life – and all of your friends will, too. Get outside and build a fort. Do something creative and enjoy yourself!” “I grew up in a very musical family and we always had tons of instruments around the house. Over the years, I’ve played the banjo, trombone, trumpet and guitar. I’d sing into fake microphones and create full rock bands with my friends and family. Why not learn a new musical instrument during the holidays? You might find you’re more musical than you imagined!”

“Do something fun during your holidays, like borrow a video camera and make a mini movie. When I was a kid, I wrote a science fiction comedy that we recorded throughout my neighborhood on an old video camera. My mum helped sew costumes for my friends and everyone got involved. It was really cool – and something I could keep for years.”

“I was always creating my own comics when I was a kid. I’d make up loads of different characters and write a story around them. You don’t have to be brilliant at art to make a comic book. Stick figures will do. All you need is a fun story and a lot of imagination.

“I used to really enjoy creating posters for my favourite films when I was younger. When the shark movie, Jaws, came out, I got a big sheet of fluorescent green paper and coloured in the entire page with a big, black marker – apart from the outline of a shark. After it was finished, all you could see was this shark in fluorescent green against a black background. The shark glowed in the dark and looked really cool!” “When I was younger, all of the cool BMX bikes you have now didn’t exist – but that didn’t matter! We spent a lot of our time in garages trying to customize our old cycles into something cooler. We’d take them apart and paint different parts of the bike to create something unusual and different. Why not give it a go yourself? But ask your parents first!”

“I grew up in a city called Mobile in Alabama and a huge hurricane blew through in 1979. We had no electricity for two and a half weeks, so we did a lot of fun craft projects using whatever materials were hanging around. We invented our own board game that year. We based it on Monopoly and we built a board for it, as well as cards and tokens to race around the board with. It was a lot of fun.”

“It’s really fun to bring a character to life – especially if it’s something you’ve created yourself. My top tip for some creative fun involves drawing a cartoon character and then figuring out what kind of voice he or she should have. Come up with some jokes for your character – or even try your hand at creating a mini animation for it. Who knows? You could have the next Phineas And Ferb on your hands!”

“Keep a notebook with you wherever you go because you never know when a creative idea might pop into your head. Write down all of your ideas: doodles, pictures, diagrams, mini stories and funny names for characters – everything!” “When you’re trying to come up with ideas, it’s often good to discuss them with others. When we’re coming up with ideas for Phineas And Ferb, there will be five or six people sitting in a room throwing out ideas to see what sticks, so chat through any ideas with your friends – and don’t dismiss any of them. We’ve got a big board with a whole bunch of ideas written on them that we want to use at some point.”

17. Swampy says… There’s no such thing as a bad idea

“Don’t ever say no to any idea that pops into your head. Some of the best things Dan and I have created when writing Phineas And Ferb have come from an idea we’ve said just to be silly. Sometimes we can turn a silly joke into a crazy storyline that works really well, so stop and play around with every idea you have. They might not be as crazy as you think.”

“Phineas And Ferb is loosely inspired by when Swampy and I were kids. We had very creative parents who pushed our creativity. They would always be getting us to do interesting, creative things including building and creating. We always think it’s a good thing to use your imagination and make it come to life, whether you want to build a fort or create art of some description or invent your own game or even take a video camera out to make a movie. Do something fun to get your creativity flowing.”

“Phineas And Ferb started out with a drawing of Phineas that Dan sketched on a piece of paper at a restaurant. Well, it was actually on a paper tablecloth at the restaurant – but he’s still got that drawing in a frame at home. He tore it off and kept it because he knew the idea was a winner.” “What we’re trying to say is, ‘Think big.’ Let the creativity flow! If you can do anything, what would you do? Come up with that idea and then figure out whether it’s actually possible. No idea is too big or too outrageous, so go for it and see what ideas you can come up with!”

And the GeekDad exclusive (imaginary drumroll):

“I think that way too many people let this fear hold them back. The best stuff I’ve done creatively has been the result of allowing myself to try different things, to be different and run the risk of making a fool of myself. Heck, what Dan and I do everyday is at its essence, professional idiocy. The worst that can happen is that you may get a laugh or two. You’ll almost always be applauded for your courage and you’ll learn something that you can use in the future. A man much wiser than myself once told me, “If you’re not making mistakes, then you’re not trying very hard and if you’re not trying very hard, you’re not learning anything. Get out there and make some mistakes!”

(All images courtesy of and copyrighted by the Walt Disney Company.) 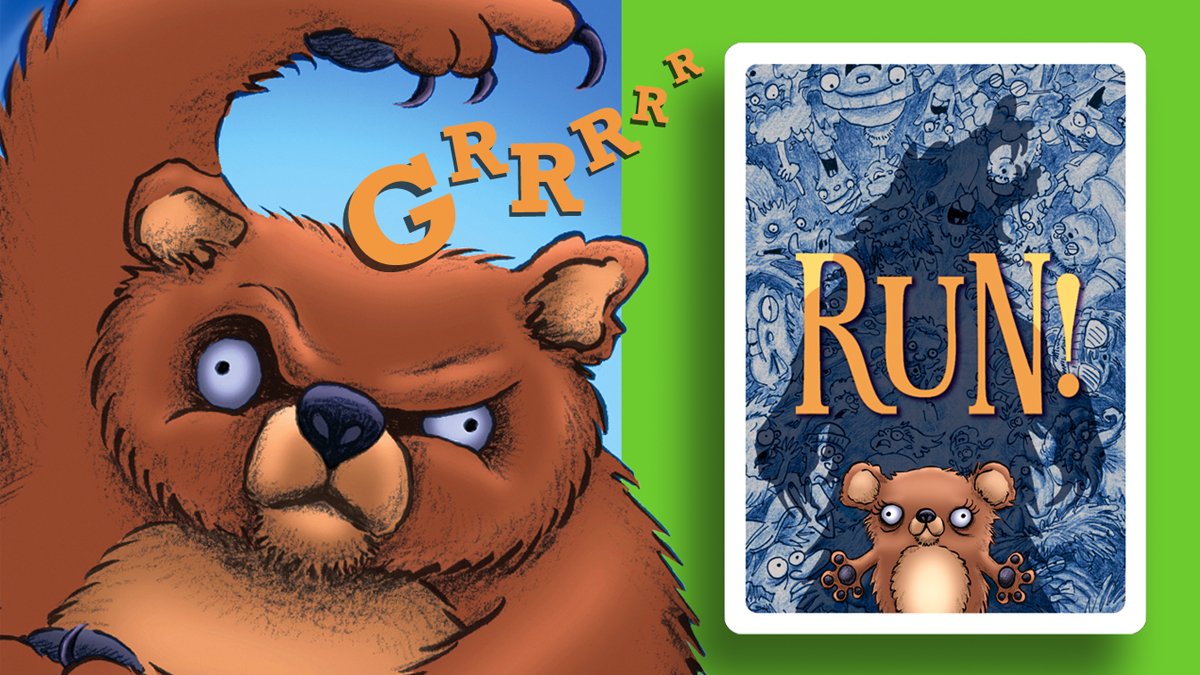 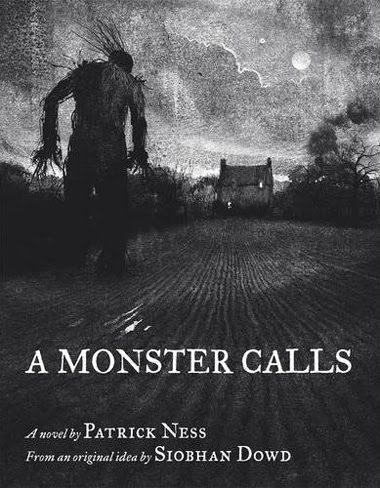 Teachable Moments: The Physics of Bowling