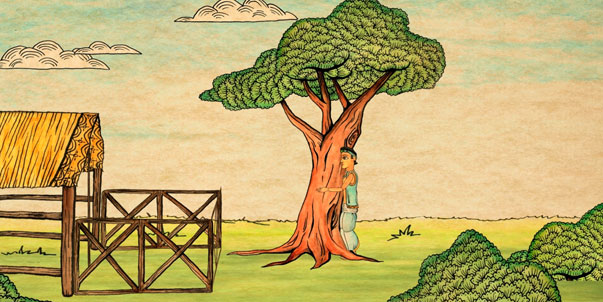 I think almost everyone has a funny story about where they used to think babies came from, before they learned the truth. It’s amazing, sometimes, what a child’s mind will come up with to explain something when they have only partial (and sometimes incorrect) information about it.

A short film called The Kinda Sutra, which premiered at the Sundance Film Festival in January, explores these misconceptions (which really is just the perfect word in this case, isn’t it?) through interviews and animation. A possibly-NSFW (for language) three-minute clip from the movie is available below (after the jump)—and on YouTube for those outside the U.S.—and it’s both very funny and somewhat thought-provoking. I absolutely love the kids at the end trying to explain how the process actually does work.

I came across this video on MetaFilter, and it’s worth reading the comments on the post there for some of the stories people are sharing of their own childhood ideas about conception and childbirth. In my case, I remember my parents giving me an illustrated book when I was seven or eight years old that had most of the relevant information. Before that, I remember thinking that babies came out of…well, let’s just say I had the same idea that several of the people in the film did. That fact, among others, led my wife and me to be very candid with our kids about how babies are born—we haven’t gone into a great deal of detail about how they get inside the mother in the first place, but we’re getting there. The downside to being candid with your kids occurred to us in December of 2007, when, in the middle of church, my then-five-year-old daughter told the woman who was reading a story to the kids and who was at the time seven months pregnant, in a voice so loud the entire church could hear, that "that baby is going to come out of your vulva!"

So, any good related anecdotes about your own childhood or about teaching your kids about the facts of life?

Go Behind the Scenes With Prometheus: The Art of the Film