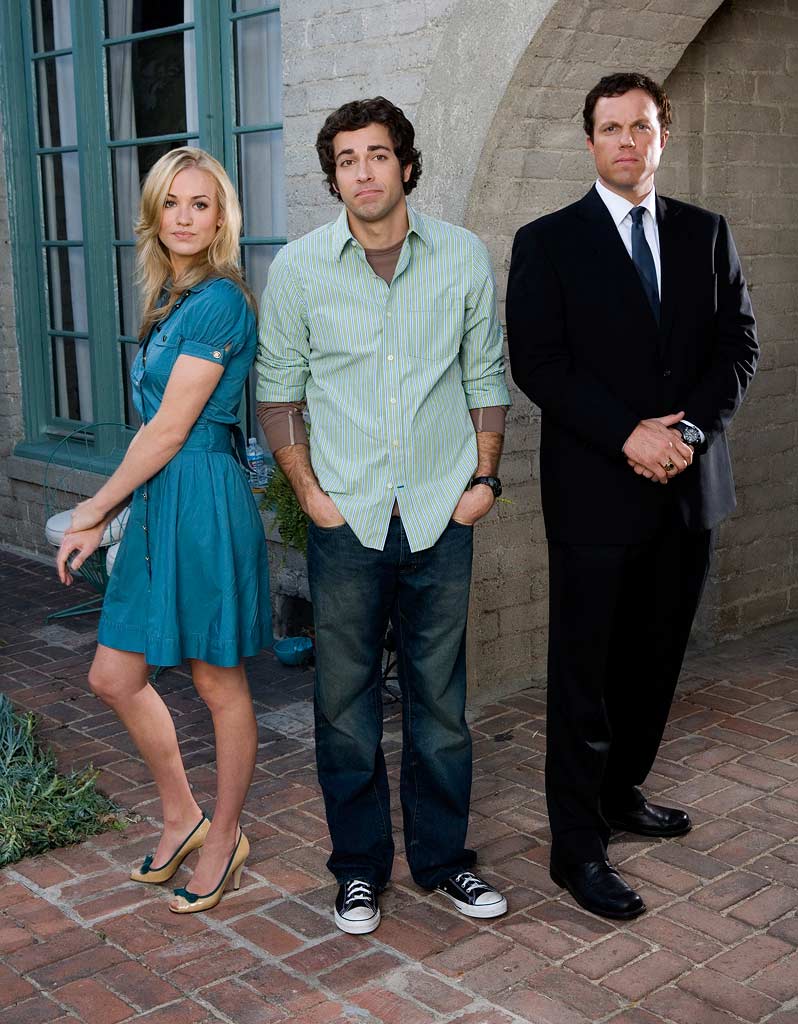 The NBC show Chuck is widely rumored to be on the chopping block, and I think as geeks it’s our duty to help save it! Its ratings have fallen this season, due partly to last year’s writers’ strike and partly to the fact that it’s now up against both House and The Big Bang Theory, each of which draws a large part of its target audience. Still, it’s an excellent show that has a well-acted, sympathetic, geeky main/title character, and, besides, Adam Baldwin—Jayne from Firefly/Serenity—co-stars in it.

I realize Chuck has had a few missteps this season, but it’s still got plenty of potential, and I think it’s been more than good enough to justify giving it a third season. Its satire, both light and dark, is a rare commodity on TV these days, and, besides, how many sympathetic geeky characters are there on TV these days? Apart from Chuck and Morgan from Chuck, there’s the group of nerds (they lack most social skills, so I can’t in good conscience call them "geeks," really) on Big Bang Theory, and probably a few more here and there, but none prominent enough to stick in my mind.

So we need to band together, my fellow geeks! Please join the cause at the fan site Chucktv.net—they’re even having a giveaway as an incentive to help out. I know it may come to nothing, especially since NBC has to seriously rejigger their lineup with the new ill-conceived Jay Leno hour at 10pm coming in the fall, but it certainly won’t work if we don’t try. Please consider helping out the campaign, and, most importantly, watch the show!